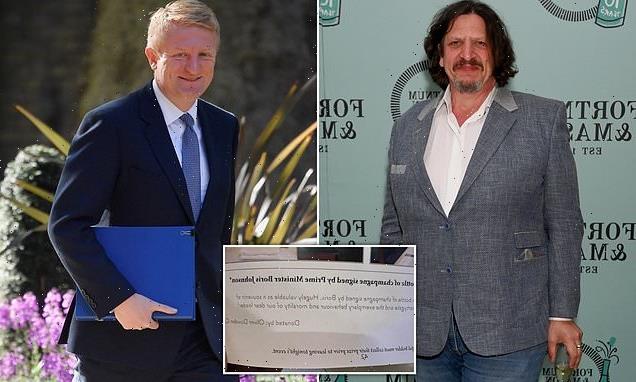 Tory chairman Oliver Dowden was today left red-faced as a Boris Johnson-signed bottle of champagne he donated to a charity auction was sold as a ‘souvenir’ of the Partygate scandal.

But the Cabinet minister rejected allegations he had made fun of Covid rule-breaking in Downing Street as Opposition MPs lined up to accuse him of showing ‘contempt’.

Food journalist Jay Rayner, who has been a frequent critic of Brexit, prompted the furious row.

He shared a picture of a charity auction catalogue that detailed how a bottle of champagne, signed by the Prime Minister, had been donated by Mr Dowden.

The image, posted by the restaurant critic on Twitter, revealed the catalogue included the caption: ‘A bottle of champagne signed by Boris.

‘Hugely valuable as a souvenir of Partygate and the exemplary behaviour and morality of our dear leader!’

Opposition parties piled into the row, with Labour’s Chris Bryant commenting: ‘They really are laughing at us.’ 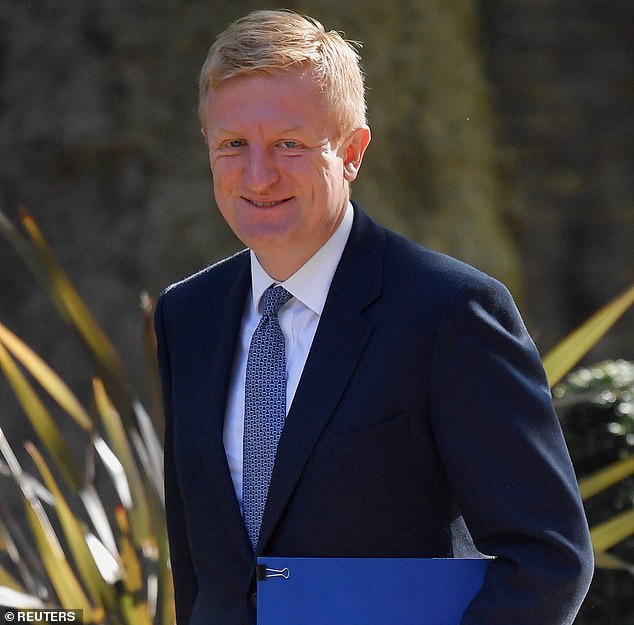 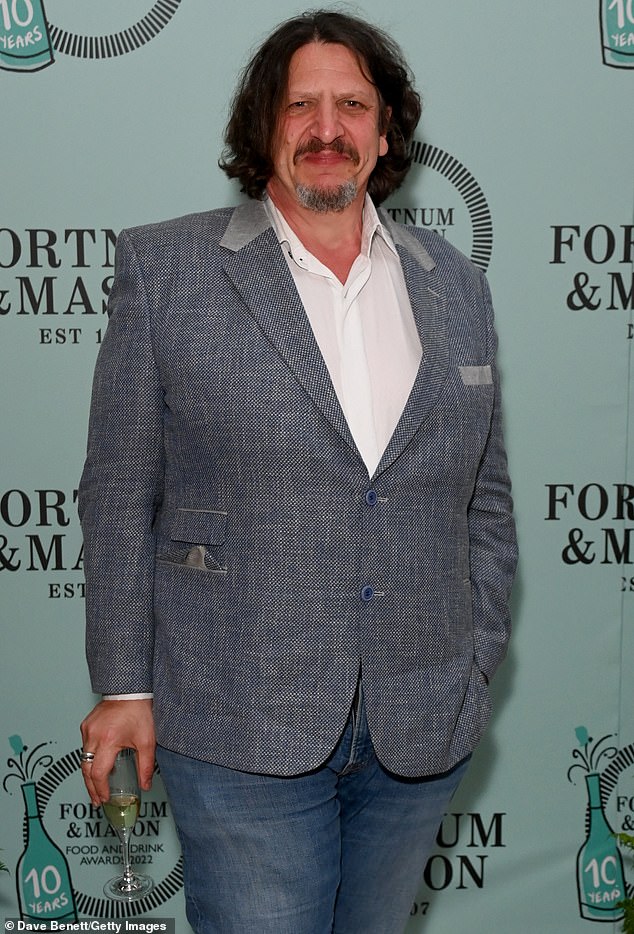 Food journalist Jay Rayner prompted the furious Twitter row over the champagne bottle in a post to his 350,000 followers 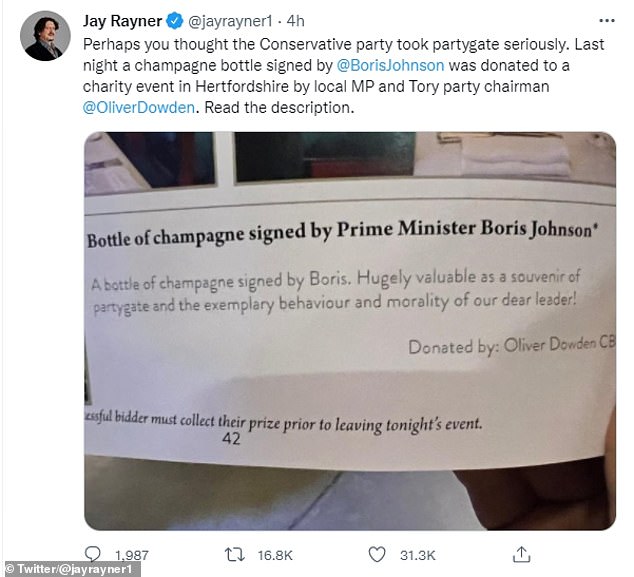 Shabana Mahmood, Labour’s national campaign co-ordinator, said: ‘The industrial scale of rule-breaking in Downing Street is important no matter how much ministers dismiss it.

And Ian Blackford, the SNP’s Westminster leader, tweeted: ‘Folk were following the rules and laws enacted by Boris Johnson making enormous sacrifices, not being with loved ones.

‘The Prime Minister was partying breaking his own rules now Oliver Dowden and his like seek to make money for the Tories from partygate. This lot are beneath contempt.’

However, Mr Dowden rejected the suggestion he had been behind the catalogue caption.

And the charity who organised the event, the Hertfordshire Community Foundation, soon clarified that the Tory chairman had no knowledge of how the champagne bottle was to be described at last night’s event.

‘This item was donated in good faith several months ago as part of a charity auction raising funds to support some of the county’s most vulnerable residents,’ they said in a statement.

‘The description was not drafted or seen by MP Oliver Dowden prior to the event. On behalf of the charity, we apologise for any offence caused.’

Mr Dowden, the MP for Hertsmere, thanked the charity for their clarification, and told them to ‘keep up the good work you do for the people of Hertfordshire’.

Mr Rayner, who works for the Observer newspaper, also offered a clarification although he subsequently accused Mr Dowden of failing to ‘intervene’ during last night’s fundraiser.

‘The Conservatives have been in touch to say that Dowden didn’t write the caption, that the charity did, and he was very angry about it,’ he tweeted later.

‘Curiously, according to those who were in the room, the lot was greeted with hilarity and at no point did Mr Dowden intervene. Happy to clarify.’ 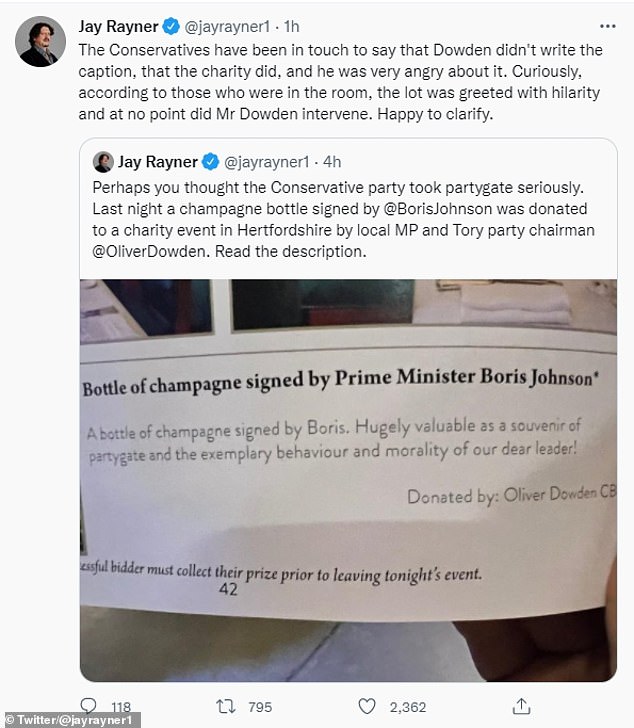 Mr Rayner, who works for the Observer newspaper, also offered a clarification although he subsequently accused Mr Dowden of failing to ‘intervene’ during last night’s fundraiser

Some Twitter users asked Mr Rayner how he expected Mr Dowden to react at a charity event.

One asked: ‘Did you expect Dowden to jump up and object during a charity auction?’

Another said: ‘What he should have marched to the front and demand it be withdrawn?’

Mr Dowden’s spokesperson said: ‘This item was donated in good faith several months ago for a local charity auction.

‘Oliver Dowden had no prior knowledge of the description and this is obviously not his view.’

It was this week revealed that more than 100 fines have so far been issued by the Metropolitan Police as part of its Partygate investigation into Covid rule-breaking in Downing Street and other parts of Government.

Mr Johnson, his wife Carrie Johnson, and Chancellor Rishi Sunak are all among those to have issued with Fixed Penalty Notices by Scotland Yard.