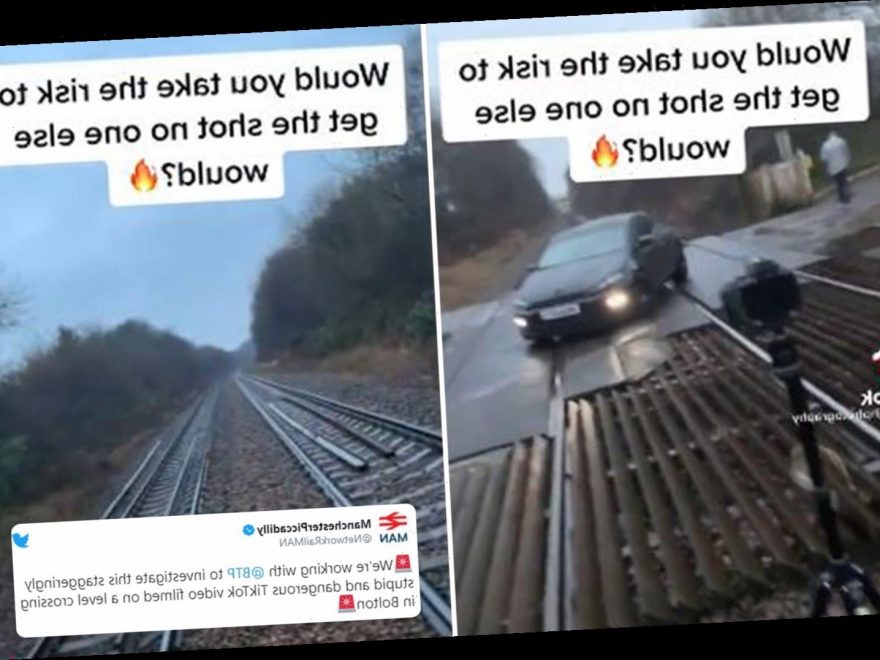 POLICE have slammed a "staggeringly stupid" TikTok video of a car parked on a railway track.

Cops are hunting the idiots who filmed the crazy stunt at a level crossing at Bromley Cross, Bolton. 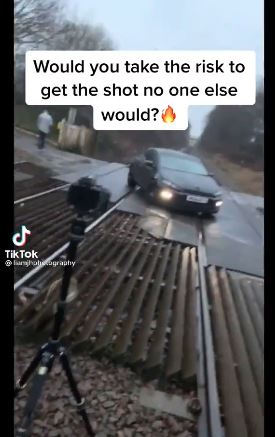 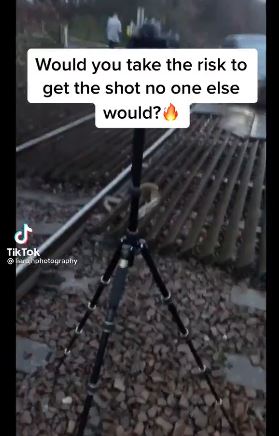 The shocking footage was uploaded to TikTok and shows a Volkswagen parked in the middle of the tracks with a tripod set up nearby.

A caption challenged viewers: "Would you take the risk to get the shot no-one else would?"

Insp Becky Warren, from British Transport Police, said: "There is simply no excuse for not following safety procedures at level crossings.

"The behaviour shown by the individuals in this video is incredibly dangerous and reckless – no picture or video is worth risking your life for."

Network Rail has reported the clip, which it branded "staggeringly stupid and dangerous".

He said: "The danger this person has put themselves and passengers in is sheer stupidity at a staggering level.

Trespassing on the railway is a crime, as is endangering the lives of rail users.

"Trespassing on the railway is a crime, as is endangering the lives of rail users.

"No one should ever trespass onto the railway.

"Lives could so easily have been lost by this reckless behaviour.

"We will be working closely with British Transport Police to make sure the person responsible for the video is brought to justice.”

People trespassing on railways can be hit with up to a £1,000 fine.

Obstructing trains carries a prison term of up to two years. 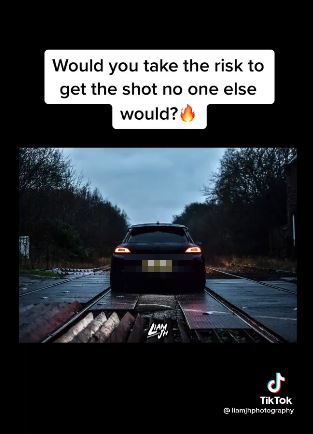