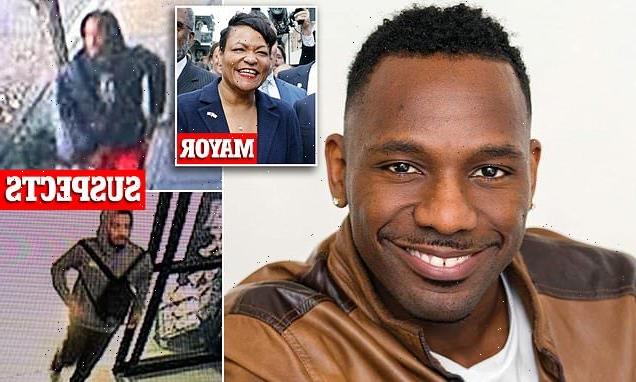 TikTok megastar Boogie B is shot and killed in New Orleans after getting caught in crossfire while shopping for his grandma, as his grieving mom blasts city’s ‘corrupt’ Mayor LaToya Cantrell for letting criminals run wild

A TikTok star with more than quarter of a million followers has been shot dead after being caught in the crossfire of a gunfight as he was grocery shopping for his grandmother at a supermarket in New Orleans.

Brandon ‘Boogie B’ Montrell, 43, a comedian who posted videos on both Instagram and TikTok, was shot to death on Friday outside a Warehouse District grocery store while sitting in his car.

New Orleans police explained how he appeared to have been caught in the crossfire and was not the intended target of the shooting that was occurring between two men in the parking lot of the store. He was home from LA for Christmas to see his mother and grandmother when tragedy struck.

Cops have released surveillance photographs of two suspects together with a gray or silver sedan getaway car and a photo of a woman they want to question named as Dyamonique Smith. No arrests have yet been made in the case.

Montrell is also hugely-popular on Instagram, where he has close to a quarter of a million followers, and on Facebook, where he has a further 500,000. 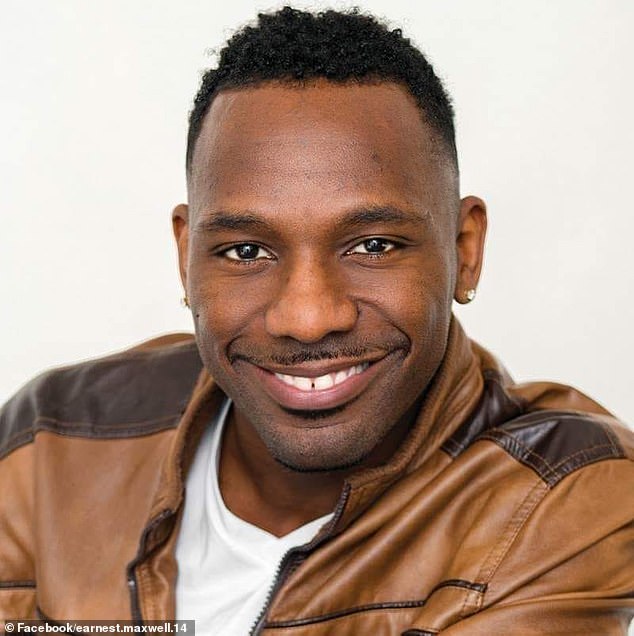 Brandon ‘Boogie B’ Montrell, 43, a comedian known for his ‘Hood History’ series of videos on TikTok and Instagram was shot dead in New Orleans on Friday

Montrell was known for his ‘Hood History’ series of videos in which he would present historic locations throughout the Crescent City with a humorous take. 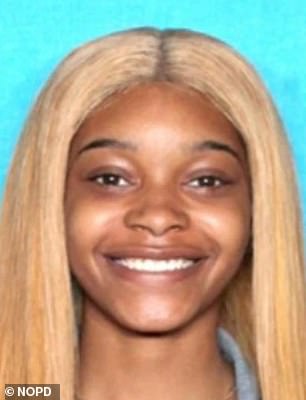 Dyamonique Smith is wanted for questioning in the killing of Brandon ‘Boogie B’ Montrell outside the Rouses grocery store in the New Orleans Central Business District, the Police Department said Saturday

He had recently been living in LA in a bid to pursue a career in entertainment but was back in his hometown of New Orleans to spend the holidays with his mother and grandmother.

On Saturday, Montrell’s mother blasted the city of New Orleans saying that her son’s death was symptomatic of decades of decay.

‘My son was not just the victim of a stray bullet,’ Montrell’s mother Sherilyn Price said in a statement. ‘He’s the victim of decades of neglect that have left New Orleans’ youth with no hope for a future and with no real fear of consequences.

‘It’s past time for leaders in our city and all over to do their jobs. It matters who the president is, who the governor is, and who the mayor is.

‘Leaders create opportunities – including the opportunity to live in peace without fear of random violence.

‘When crime and violence in New Orleans became worrisome, Montrell relocated to Washington D.C. and became a comedian,’ her statement said. 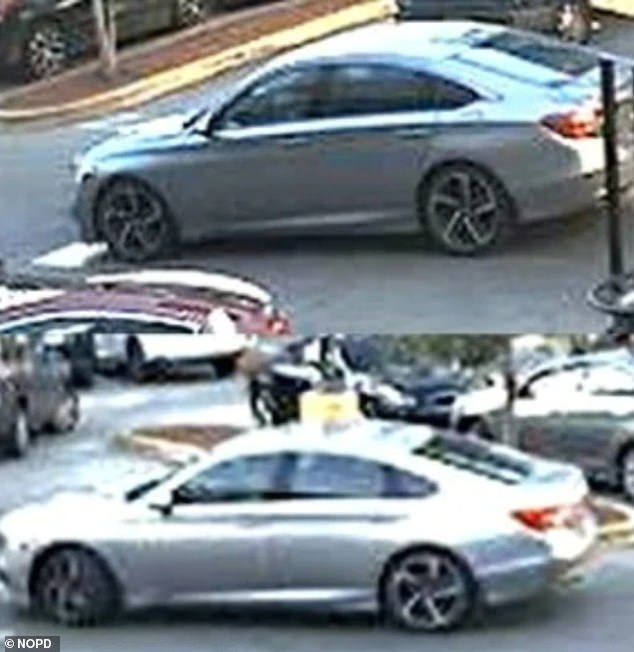 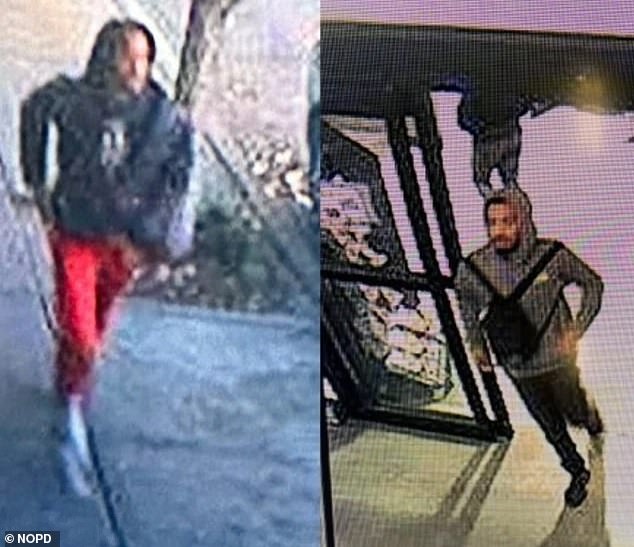 New Orleans police are searching for the suspects, who are considered armed and dangerous 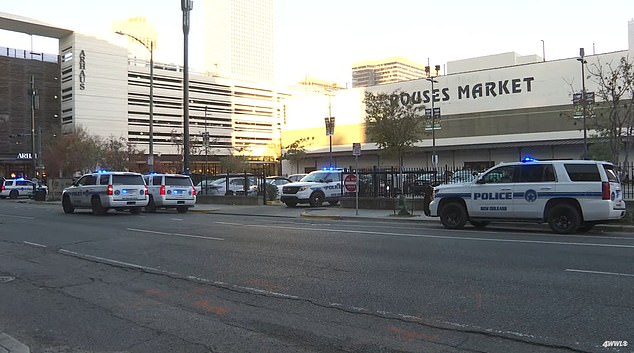 Montrell had returned to his hometown to spend Christmas with his family, but was fatally shot while inside a vehicle in the grocery store parking lot

‘He was a really good guy,’ added family attorney Juan LaFonta while speaking with Fox 8. ‘Always pushing himself forward. Never involved with anything negative.

‘Folks need to understand that what leads to horrors like this isn’t greed, it isn’t drugs, and it isn’t violent tendencies. It’s the failure of our city’s leaders to provide proper and even minimal support for families and youth.’

LaFonta also explained how Montrell’s mother was ‘angry’ about her son’s killing and not ready to speak publicly.

‘She’s angry but not in a ‘street justice’ kind of way. She’s more angry that there’s no leadership in this city to prevent things like this and no help for these kids doing these kinds of things.’

In the first six months of 2022, New Orleans recorded 41 murders per 100,000 population, a higher homicide rate than any other US city, according to a Wall Street Journal analysis of data from the Major Cities Chiefs Association.

In New Orleans, the homicide rate has soared 141 percent compared with 2019, while shootings are up 100 percent, carjackings up 210 percent and armed robberies up 25 percent, according to the city’s Metropolitan Crime Commission.

There have been 265 murders in the city so far this year, compared with 213 at this time last year, a 31 percent increase over the same time period.

It is the highest the city has seen since 2003. 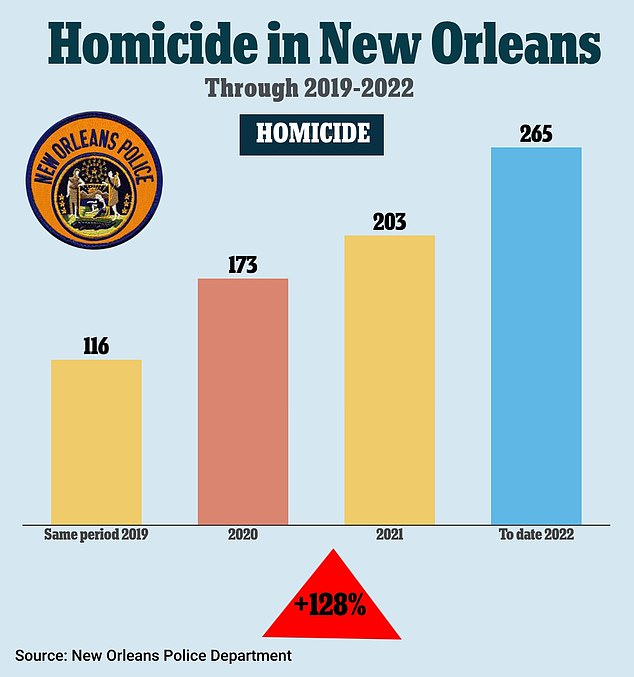 The area where the shooting occurred is close to where tourists to the Big Easy visit and is a neighborhood full of museums, restaurants and bars.

Montrell’s mother’s statement over the failure of leadership in New Orleans comes as the city’s corrupt mayor has faced one scandal after another.

Last month it emerged she had allegedly been upgrading to her hotel rooms financed by the taxpayer.

LaToya Cantrell, 50, is alleged to have upgraded hotel bookings to stay in king suites during trips she made to Washington DC and San Francisco in January and April of this year, potentially incurring costs of around $2,400.

Democrat Cantrell was recently required to pay back almost $30,000 to the city after violating its policy by upgrading her flights to first class and claiming initially that economy flights were unsafe for black women.

She’s also been probed over a taxpayer-funded luxury apartment, stylist, and selective use of a bodyguard who flew to a Los Angeles party with Cantrell where they met Brad Pitt. 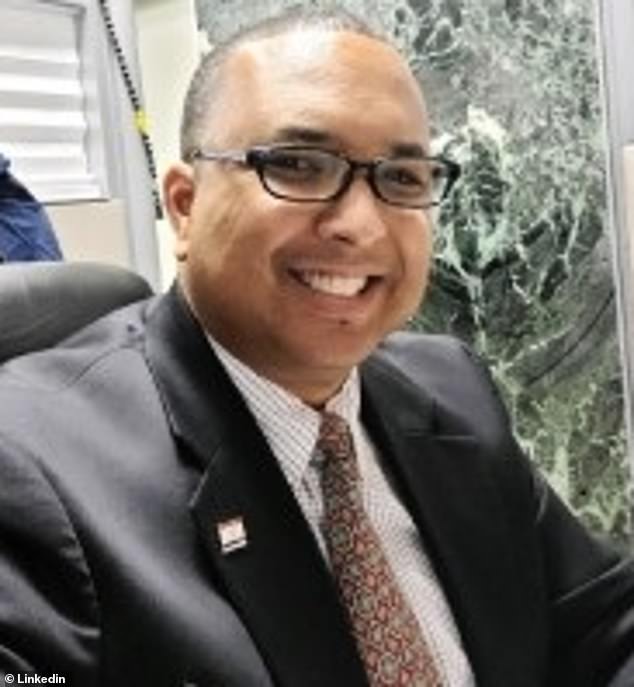 Cantrell became the first woman elected as mayor of New Orleans in 2018.

The Democrat has faced questions over her selective use of a male bodyguard – who has spent hours with Cantrell while she allegedly does little work, and who joined her on a luxury trip to Los Angeles to meet Brad Pitt.

He spent 112 hours at her apartment over a 27 day stretch, and was even seen watering her plants. 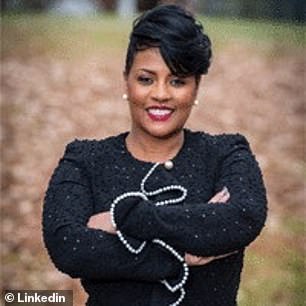 Cantrell is facing questions over money paid to her stylist, Tanya Haynes (pictured)

Cantrell’s stylist – who she has paid $175,000 since 2017 – is also facing a possible criminal probe over the thousands she’s spent on clothes for the lawmaker.

In recent months her administration has been dogged by allegations of misuse of funds and resources – with the Democrat leader even complaining to the Society for Professional Journalists about the scrutiny.

The journalist body found the investigations were ‘entirely appropriate and journalistically ethical.’

‘Anyone who wants to question how I protect myself just doesn’t understand the world black women walk in,’ she told a press conference. Cantrell was later shamed into repaying public funds she’d used for the luxury international trips.