A THUG who boasted he "chopped" two cops after a brutal meat cleaver attack, has been jailed for seven and a half years. 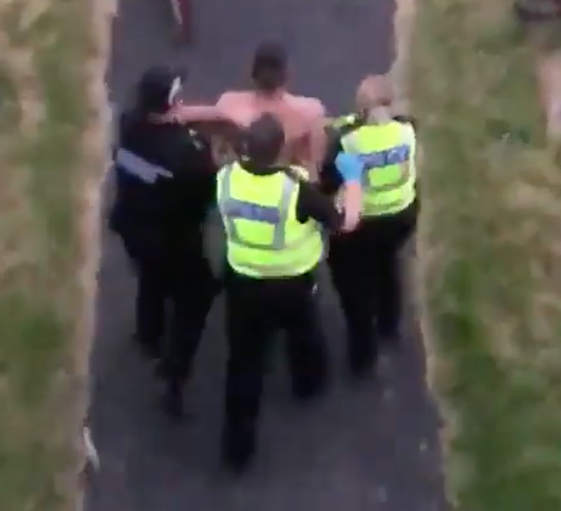 A judge heard how both constables have been left badly traumatised by what the crazed 26 year-old done to them.

Dowson was later heard boasting in the street: "Aye, I chopped your cops with a cleaver."

He was sentenced today at the High Court in Glasgow.

Dowson earlier pled guilty to attempting to murder PC McCorry, who lost part of his thumb during the attack. 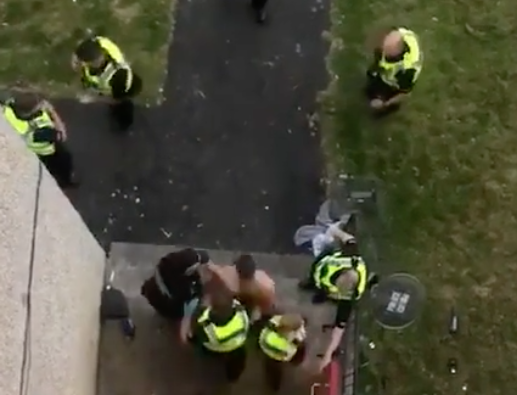 He also admitted assaulting PC Coletta to his severe injury, permanent disfigurement and to the danger of his life.

Lady Stacey told him: "The behaviour can only be described as outrageous.

"You proceeded to threaten and then attack the police officers in a very serious fashion.

"It is right these officers should not be subjected to the sort of behaviour carried out that day."

Any issues you may have do not justify what you did.

"Dowson – who already had a high court conviction for violence – will be also be supervised for two years on his release. 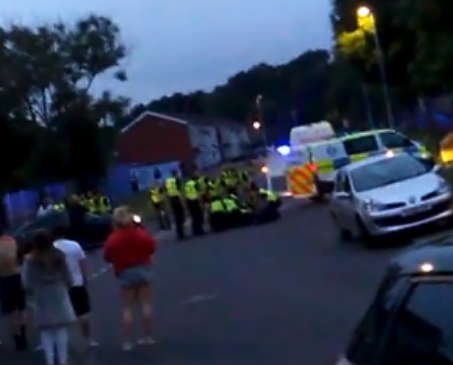 A previous hearing was told how the officers turned up at Greenfield Drive, Wishaw to escort a child back home.

Dowson suddenly appeared and claimed he would take the youngster.

The thug then stated: "I'll put holes in both of you. Come to my gaff and see what happens."

Dowson was warned before PC Coletta went with him to a block of flats nearby where he lived. But Dowson then grabbed the constable before pulling out a meat cleaver.

Prosecutor Margaret Barron said: "He raised it above his head before striking down with full force towards PC Coletta's face. 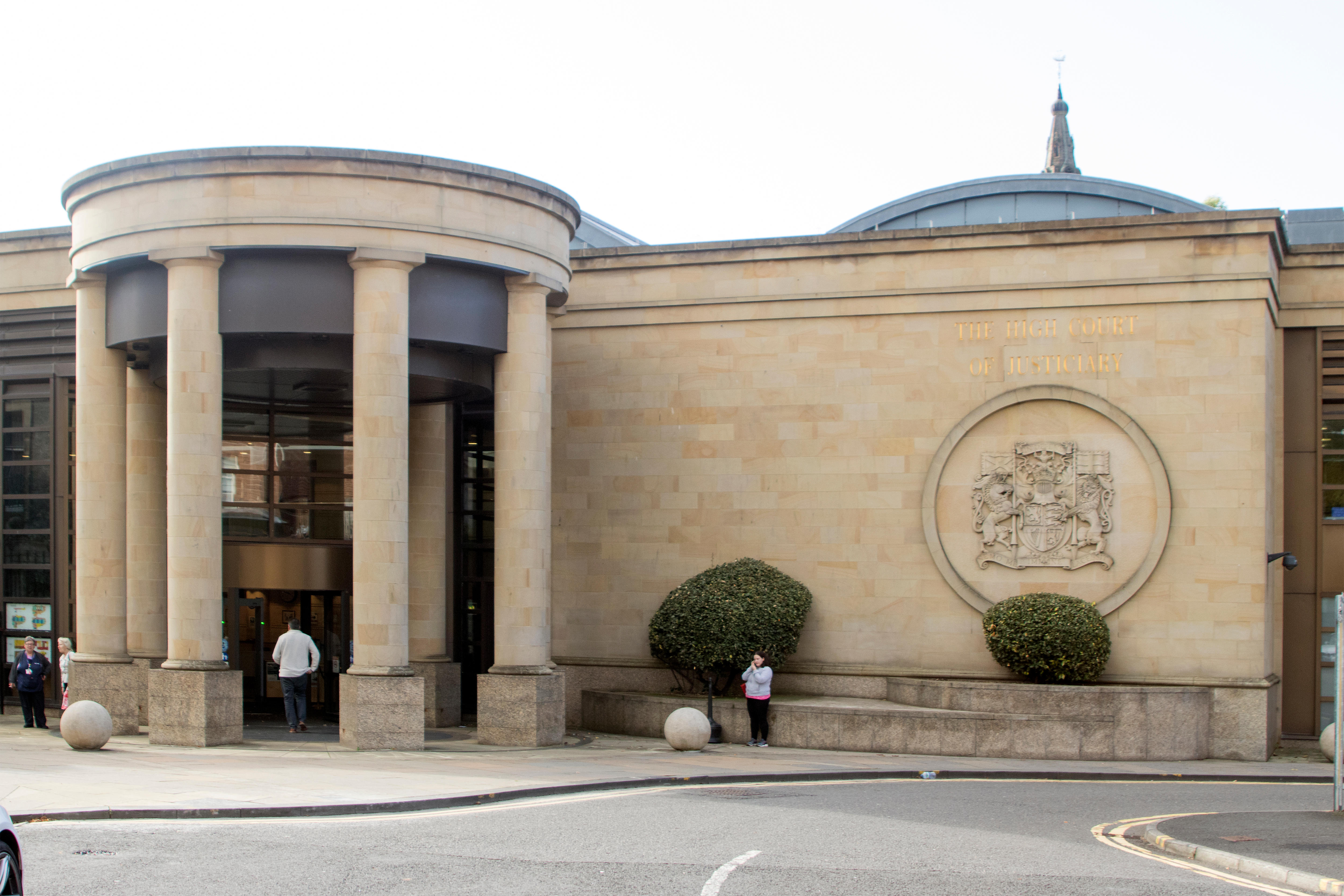 "The officer managed to break free before PC McCorry raced into the close."

Dowson then pounced on PC McCorry by repeatedly punching and kicking him.

Both constables hit Dowson with their batons, but he continued to lash out.

The thug went into his home before returning with the cleaver.

Miss Barron said: "He used it full force to bring the weapon down onto PC McCorry's head causing him to fall into a wall and then onto the ground. 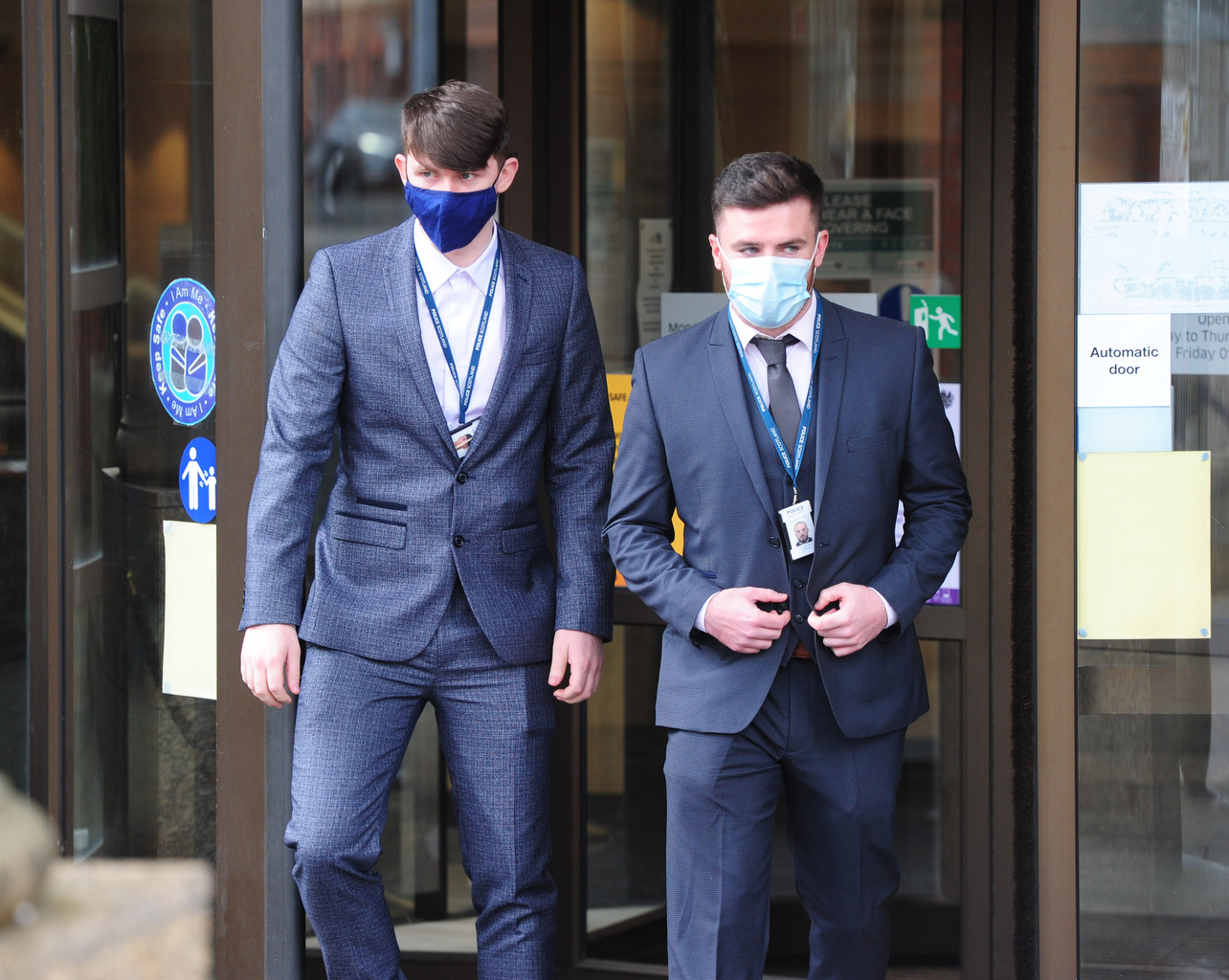 "PC McCorry bravely tried to defend himself, but was struck again.

The advocate depute said: "Both PCs describe being terrified and being in fear of their lives during this sustained attack.

"PC McCorry got away via a close door while his colleague made a six-foot jump out of a window."

Other officers soon arrived on the scene and Dowson was ordered to get on the ground after he left his home.

He meantime yelled at people standing nearby that "Cops tried to get into my house without a warrant so I went at them with a cleaver. I chopped your cops with a cleaver."

But, Dowson later insisted to police he had never "attempted to murder anyone in his life" and claimed he was acting in "self defence".

The court heard the tip of PC McCorry's right thumb was sliced off and he also suffered a head wound in the terrifying attack.

The hand injury continues to affect his job.

Reliving the horror in an emotional statement, he said: "I actually just feel lucky to be alive.

"I thought I was going to die."

PC Coletta also suffered severed tendons and a fractured in his right hand and is scarred for life.

He recalled: "Thinking back it is just sickening. It actually keeps me awake at night thinking of what happened. I amlucky to be alive."

Tony Graham QC, defending, said police should have not to put up with such behaviour in their duties.

He told the court: "It is a credit to both that they returned to active service after what would have been a terrifying incident."

Lady Stacey said the jail-term would have been 10 years, but for the guilty plea.