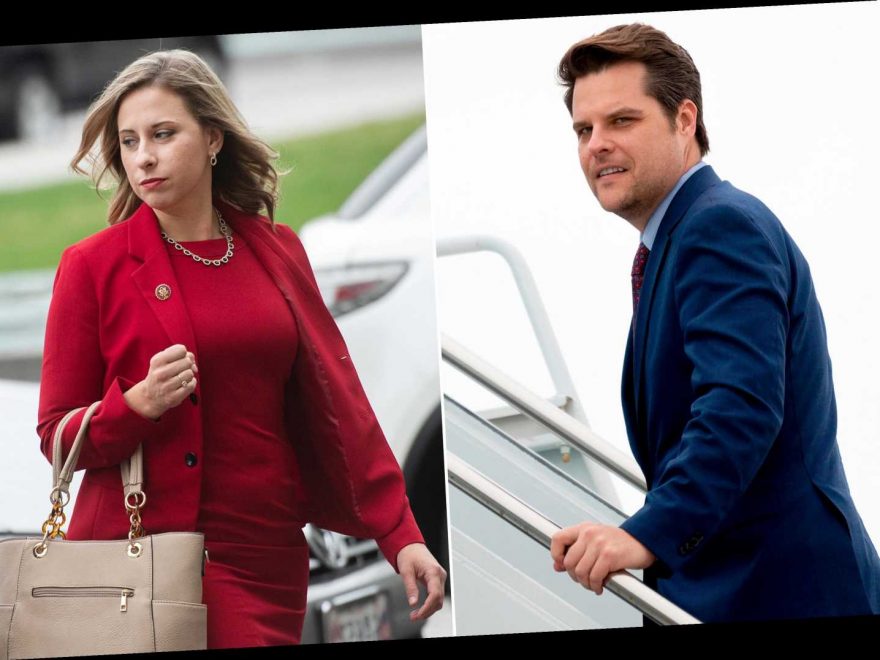 Former “throuple” pol Katie Hill says she is “depressed” and “nauseated” by reports that US Rep. Matt Gaetz shared nude photos of his sexual conquests with Capitol colleagues.

Hill, who was forced to resign in 2019 after nude photos of her were leaked to the press, tweeted Saturday that the Gaetz scandal has her so freaked out, she won’t leave her house.

“The last few days I’ve been depressed, anxious, nauseated, and haven’t wanted to leave the house or even talk to the people I love,” the former Democratic congresswoman from California said on Twitter.

“If you’ve been the victim of non-consensual intimate image abuse and are feeling the same way, please reach out to CCRI,” Hill wrote. “You’re not alone.”

Hill, who admitted to having threesomes with her husband and a female staffer, has blamed the leaking of her raunchy pics on her now-estranged husband.

Last year, she filed a lawsuit against her ex, Kenny Heslep, and the Daily Mail, which published the photos she claims he leaked.

Gaetz, a Florida Republican, is under investigation amid recent reports that he hosted drug-fueled sex parties with pals — and allegedly paid a 17-year-old girl to travel with him across state lines to have sex.

The rep reportedly has shown lewd images of women he slept with to colleagues and friends.

Last week, the New York Times reported that the FBI had questioned several women who claim they were paid to have sex with Gaetz.

Gaetz has adamantly denied the allegations.