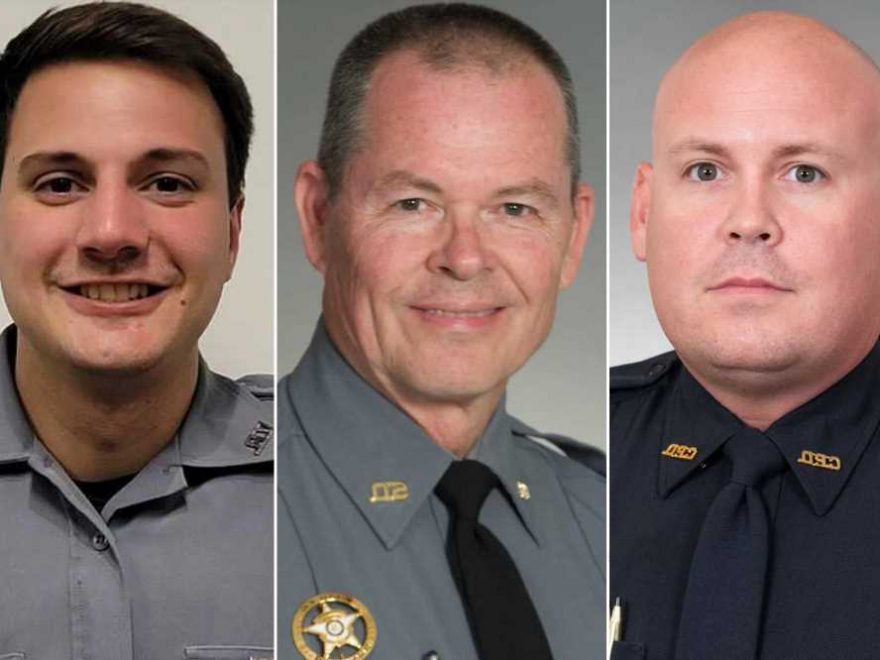 NYPD needs to ‘break the silence’ around cop suicides: priest

Three police officers were shot during a high-speed police chase early Monday in Georgia that ended with one suspect being killed and another in custody, authorities said.

The officers who were wounded during the gunfire were identified as Carroll County Deputy John Repetto, Carrollton Police Sgt. Rob Holloway and Villa Rica Police Officer Chase Gordy, a spokeswoman for the Carroll County Sheriff’s Office told The Post.

Repetto, who was shot in the arm, has been treated and released, spokeswoman Ashley Hulsey said. She did not have an update on the condition of the other officers, but Langley told reporters the situation “could have been a lot worse.”

“We’re thankful and we pray for the speedy recovery of those officers,” the sheriff said.

The Georgia Bureau of Investigation has taken over a probe into the police-involved shooting, Langley said.

State police said the vehicle initially stopped, but the suspects took off as the trooper approached, WXIA reported.

A passenger inside the Nissan opened fire with a rifle, disabling the trooper’s vehicle. The suspect then used a rifle as the high-speed chase continued, striking Holloway, who then crashed into a utility police. He was currently in surgery, Carrollton Police Chief Joel Richards said.

Gordy was shot twice during the pursuit and was taken to a hospital. An update on his condition was not immediately available.

One suspect was dead and another was taken into custody “after a negotiation” following the Chase, Langley said.

Both suspects were not immediately identified, but Carroll County sheriff officials said in a statement there was no ongoing threat to the public.