Thousands of ducks are being slaughtered today after a poultry farm in Norfolk became the county’s third confirmed case of bird flu this month.

All 8,000 birds on the breeding centre near the village of Attleborough will be culled in a bid to stop the spread of the disease, which has become a serious threat to the region’s valuable poultry industry this winter, a government spokesperson said.

It comes after two confirmed cases earlier this month which led to 55,000 turkeys being killed – at farms near King’s Lynn and Snetterton – which is less than two miles from the latest outbreak. 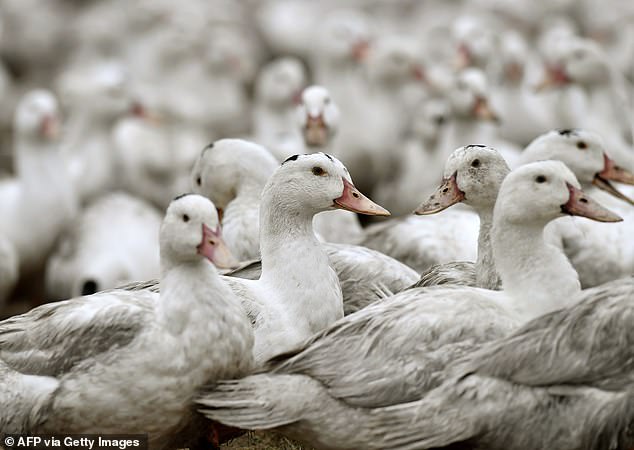 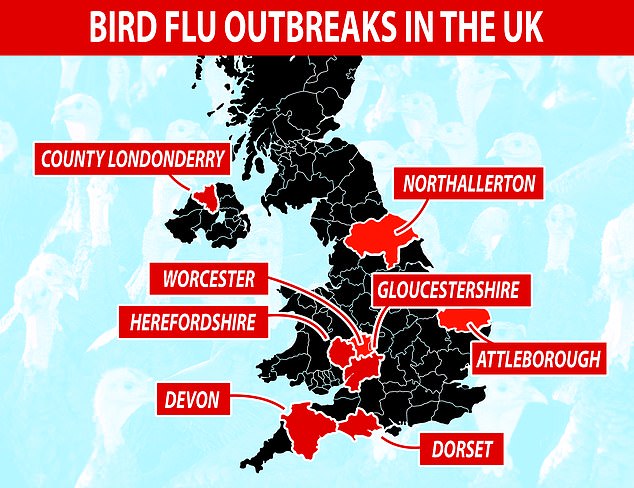 Bird flu outbreaks have been confirmed in turkeys, ducks, geese and swans across the UK

Animal health teams are ‘working to establish the likely source of the introduction and to establish if there is a link’ between the two nearby cases, a Department for Environment, Food & Rural Affairs spokesperson said.

A 3km and 10km temporary control zones have been declared around all the premises, including increased biosecurity and reporting requirements for poultry keepers including restrictions on the movement of poultry, eggs, meat and carcases.

The outbreak is the latest in a string of cases of the highly pathogenic H5N8 strain of avian influenza to be reported in poultry flocks across the UK.

Since December 14, it has been required to keep all poultry – including free-range and back-yard flocks – under a mandatory housing order announced by chief vets in an effort to prevent the spread of the disease.

Gary Ford, East Anglia regional director for the National Farmers’ Union said the latest outbreak underlined the need for all poultry keepers to comply with the new rules.

Earlier this month avian flu was confirmed in rearing turkeys at a premises near Attleborough in Norfolk. 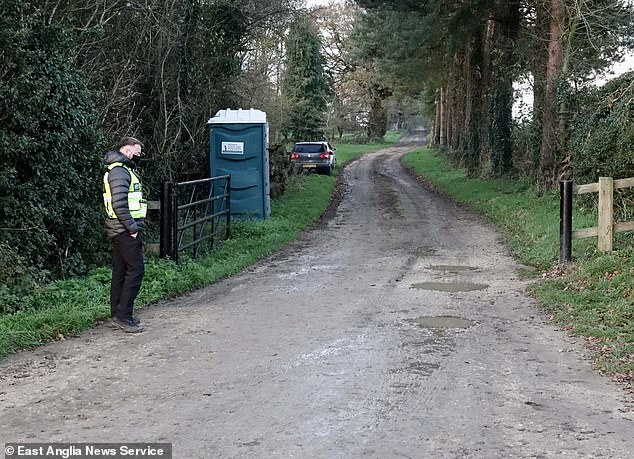 Security guards keep visitors away from what is believed to be the spot where turkeys are in the process of being culled near Snetterton, Norfolk, after a bird flu outbreak was confirmed by Defra 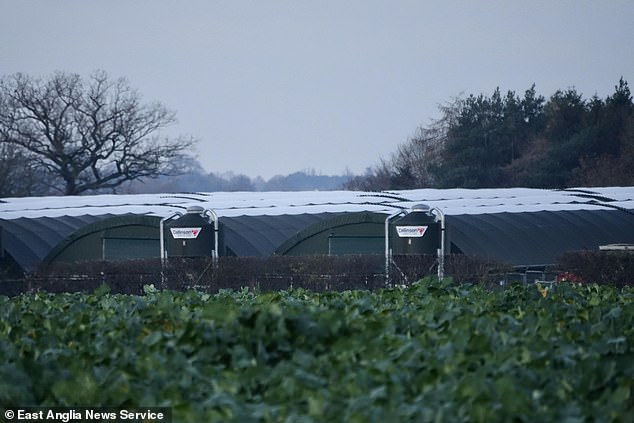 Turkey shelters at Snetterton, Norfolk, which are believed to hold turkeys being culled due to a bird flu outbreak

A flock of 30,000 Christmas turkeys were culled at the farm near Snetterton, Norfolk.

Security staff in high visibility jackets were seen guarding a private track at the spot leading to what appeared to be polytunnel-style turkey shelters across a field.

Last month it was revealed that 10,500 turkeys were being culled after an outbreak at a fattening premises in Northallerton, North Yorkshire.

A chicken farm in Herefordshire also recorded an outbreak, while cases among geese and swans were recorded in areas including Gloucestershire, Devon, Dorset, and Co Londonderry in Northern Ireland.