Gold, cash, property, cars and women’s salaries are being demanded by the families of some grooms in the South Asian-Australian community, despite dowries being banned in India.

Demands for gifts “were continuous and abusive, including instances of sexual extortion”, research on Australia’s community of Indian and South Asian people has found. The median cost of weddings was between $12,000 and $80,000, and the value of the dowry paid by the victims was between $42,000 and $195,000. 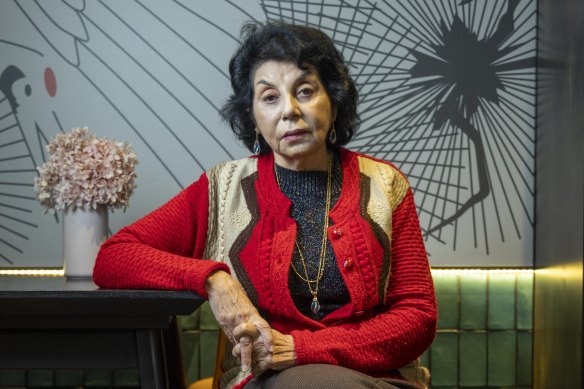 This was in addition to tuition fees and visa processing fees paid by the women, who often came to Australia from India and lacked access to legal redress if, for example, sponsorship of their visa was withdrawn after dowry was provided, or threats were made to ensure the maintenance of visa support.

The research, titled Dowry Abuse and South Asian Populations in Australia, was carried out by the City of Parramatta and Western Sydney University with Settlement Services International and the Indian Crisis & Support Agency.

Lead researcher Tinashe Dune treats victims of dowry abuse as a clinical psychologist and said the women often have complex post-traumatic stress disorders due to long-term, entrenched forms of abuse. But it often flies under the radar, as Victoria is the only state that has made dowry abuse a family violence offence.

“We’re talking about consistent and over time demands of jewellery worth $100,000, paying someone’s travel and medical school fees, international study fees, cars, houses – all of a woman’s salary going completely to her partner’s family,” she said.

In one recent case, a woman had been sent back to India by her husband and told to have an abortion after he learnt she was pregnant. He demanded a large sum of money for her to return to Australia.

“She got to India, where she got a call from his father in a nearby village to say if you give me 10 million rupees (about $183,000) my son will sponsor you back again – because he had withdrawn the sponsorship in the meantime,” O’Connor, a dowry abuse expert, said.

“She had already aborted the baby and was suffering from so much grief and distress. She then got a letter from the Department of Home Affairs saying if she wished to return to Melbourne, she had 25 days; she returned in an extreme state of distress, anxiety and depression and with post-traumatic stress symptoms.”

The woman, who was no longer with the man, had been supported by friends and O’Connor reported to the Australian Federal Police that she had been the victim of “exit human trafficking” and dowry abuse. She is still hoping to remain in Australia.

O’Connor said that since May 2022, she had supported six or seven victims of dowry extortion and reported the cases to the Department of Home Affairs.

The study said more than 15 per cent of South Asian women born in Australia and overseas who reported domestic and family violence were also affected by dowry abuse. But under federal law, there are no mechanisms to address dowry abuse. “The Family Law Act (1975) does not enable victims of dowry abuse to recover the dowry provided by the victim or her family in the event of divorce proceedings,” it said.

Kittu Randhawa, founder of the Sydney-based Indian Crisis & Support Agency, said dowry abuse can happen before or at the time of marriage, or after it, and is often facilitated during the immigration process.

“When a citizen goes overseas to get married and bring their partner here, they are first on a visitor visa, and when they’re in that situation of being dependent, that’s when [abuse] escalates, coercion happens and demands increase,” she said.

Women are vulnerable if they need to go offshore to finalise immigration, and their partner demands money to not cancel the process. “Some of the amounts I have heard are even surprising to me. We’ve seen everything from $20,000 to $90,000 and even up to the millions,” she said.

Ela Stewart, of InTouch Multicultural Service Against Family Violence, said the organisation had supported clients whose family members were threatened with violence if money was not handed over.

“It has been tricky for women to know where to go. There really isn’t a lot of specialist knowledge about this,” she said.

A 2018 Senate inquiry into dowry abuse heard it had resulted in violence, extortion and a spate of suicides and murders. The standing committee on legal and constitutional affairs recommended new national laws identifying the “pernicious” practice as a form of domestic violence. 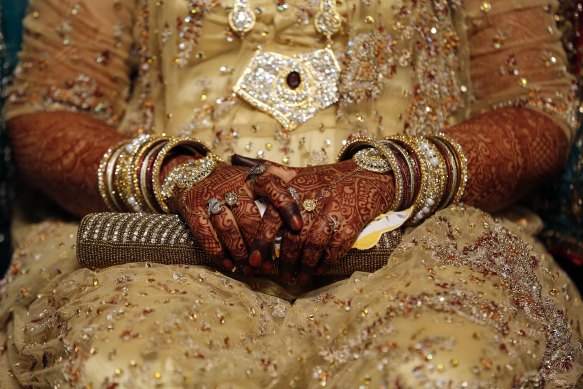 Under Australian law, there are currently no mechanisms to address dowry abuse.Credit:AP

Sydney woman Sita*, who has been supported by Randhawa’s organisation, said her whole family remained distressed by the dowry abuse she had experienced.

She was betrothed in her teens and her fiance came to Australia to marry her, at which time her family was required to pay $20,000 for her sister-in-law’s wedding and pay for improvements to her in-laws’ family home. Sita had to give him gold worth $2500.

“He started openly cheating on me when I was six months’ pregnant, and there was so much mental abuse,” she said. “My dad paid $120,000 for a house deposit, and my mother had to give her gold and my sister’s gold to him, now that’s all gone,” said Sita, who became pregnant when she was 18.

“I didn’t know where to turn,” she said.

She is raising the child alone and the house is soon to be sold, with her ex-husband retaining 40 per cent of its value.

“This is not spoken about in our community, I want people to know and tell people to be very careful.”

The study’s recommendations included that federal and state governments adopt a consistent definition of dowry abuse, commit resources and training to help identify and respond to it, and reform the Family Law Act to provide recovery pathways for victims.

*Sita is not her real name.