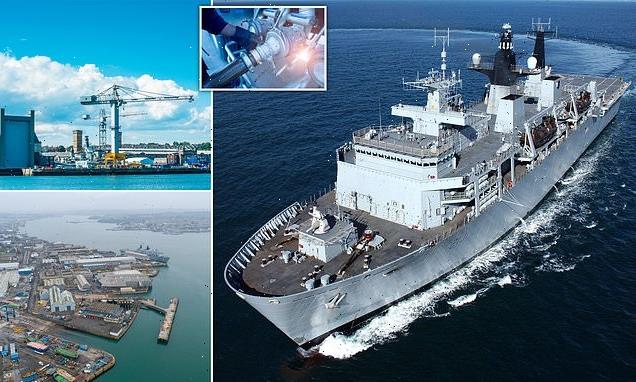 Daring thieves steal more than £250,000 of diesel meant to power Royal Navy warship in one of Britain’s biggest fuel heists

More than £250,000 of diesel was stolen from a Royal Navy warship under the noses of defence chiefs, it has been revealed.

A gang of thieves drove off with tankers intended to power the HMS Bulwark over a period of weeks at HMNP Devonport in Plymouth, in what is was one of Britain’s biggest fuel thefts.

They were able to get away with the daring raid despite a high security presence at the naval base and were only caught when suspicious guards stopped a tanker trying to leave the site.

However, it is believed most of the fuel was sold on the black market before the scheme was uncovered.

The diesel was intended to power generators on the HMS Bulwark, which is a 19,560 tonne assault ship with 325 sailors and up to 405 troops. 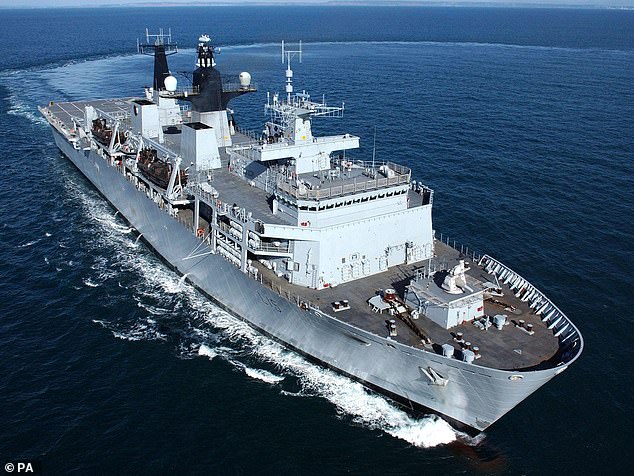 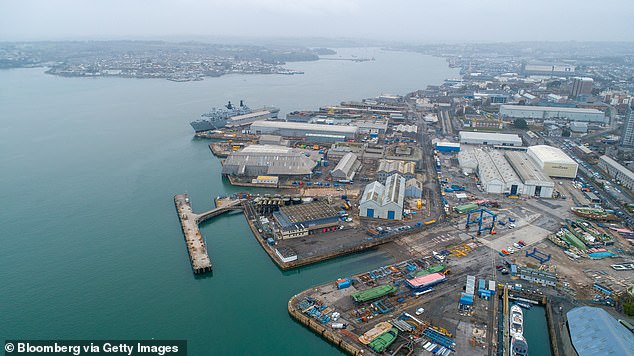 The fuel was stolen over a period of weeks at HMNP Devonport in Plymouth, in what is was one of Britain’s biggest fuel thefts

A source told The Sun: ‘The fuel that was taken was supposed to power the ship as it undergoes a refit.

‘It’s a bit like generating electricity for a small town given Bulwark’s size and the generator is enormous.

‘Naturally, the Navy is furious about it — even though none of their personnel were involved.’

HMNB Devonport is also the base where Britain’s nuclear submarines undergo refuelling. It covers more than 650 acres and has 15 dry docks, four miles of waterfront, 25 tidal berths and five basins.

Meanwhile, the HMS Bulwark is one of the Royal Navy’s two amphibious assault ships, together with the HMS Albion.

Experts have described the theft as a ‘huge embarrassment’ for the MoD and subcontractors Babcock International, with an urgent probe now launched into the security breach.

Luke Pollard, MP for Plymouth Sutton and Devonport told the Sun: ‘The theft of fuel from a Royal Navy warship is not only criminal, it takes scarce resources away from our military in a time of national crisis.

‘With the armed forces facing more and more cuts, having such a huge amount of fuel stolen is not only embarrassing, but it also raises serious questions about security at one of our most secure naval bases.’

Rear Admiral Dr Chris Parry, a former commander of the Amphibious Task Group said: ‘This is incredibly careless. We expect our civilian contractors to look after us a lot better.’ 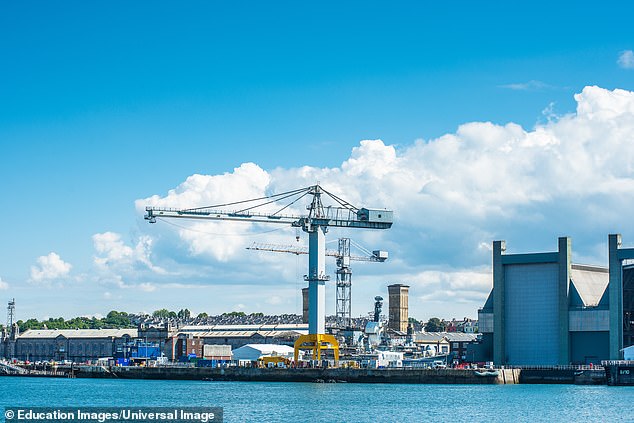 HMNB Devonport is also the base where Britain’s nuclear submarines undergo refuelling. It covers more than 650 acres and has 15 dry docks, four miles of waterfront, 25 tidal berths and five basins

Former Frigate Captain Tom Sharpe said: ‘This is extraordinary, I have never heard anything like it.’

Last night, an MoD spokesman said: ‘The MOD is aware of an incident involving the alleged theft of fuel from a contractor within HMNB Devonport.

‘There was no disruption to Defence operations and the MOD has no further comment.’

It comes as UK motorists continue to suffer at the pumps with petrol prices hitting record levels in recent weeks after Brent crude oil hit a high of $128 last month – up from lows of $19 seen at the peak of the pandemic.