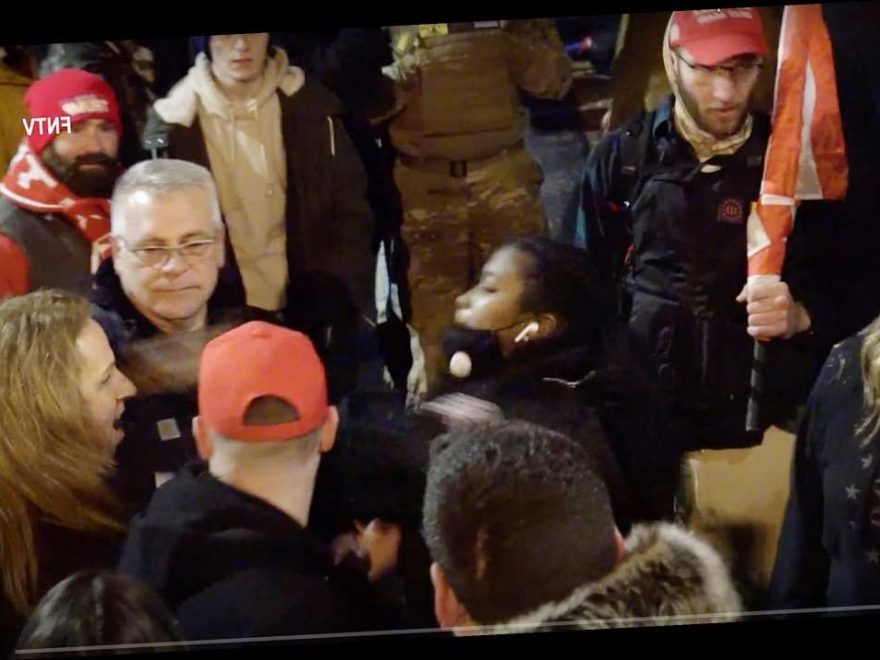 At least nine arrested at NYPD protest in Brooklyn

At least two arrested in BLM rally at Barclays Center

The punched Massachusetts nurse who went viral after her teenage daughter publicly shamed her for being at a violent pro-President Trump rally has now lost her job of 15 years — and fears she’ll never get another.

Therese Duke told the Boston Herald she was innocently “looking for a place to eat” in Washington, DC, with “like-minded” Trump supporters when they were accosted by counter-protesters near the White House.

The melee on Jan. 5 — the night before rioters stormed the Capitol — saw her getting punched in the face, with her sister getting arrested for retaliating on the alleged attacker.

“I did nothing wrong,” Duke insisted to the Herald. “I was the one who was assaulted.”

She soon went viral, however, when her 18-year-old daughter, Helena Duke, mocked her as she identified her as being the woman in a video now seen more than 12 million times.

“Hi mom remember the time you told me I shouldn’t go to BLM protests bc they could get violent…this you?” her daughter asked.

The nurse said that since then she has been “getting threats” and UMass Memorial Health Care confirmed online that she is “no longer a part of our organization.”

Duke said she felt “forced” to resign from her job of 15 years, although the Herald noted that in an online fundraiser she had admitted she had been “relieved from my employment pending an investigation.”

She now fears her notoriety will crush her chances of finding new work.

“Anybody can Google me,” she told the Herald. “Nobody will hire me.”

Duke defended traveling to DC to “support Donald Trump and prevent communism and socialism,” calling it “a last-ditch effort to show support because we know the vote was stolen.”

She believed “no one wanted violence” and stressed that none of her group were involved in the next day’s riots or storming of the Capitol.

Her daughter now feels “some guilt” at what has happened to her mom after she exposed her, but also feels that she “should be held accountable for her actions.”

“Her saying she did absolutely nothing wrong is appalling to me,” the daughter told the Herald.

UMass Memorial told the paper that it does not comment on personnel matters. A spokesman said, “Advocacy and/or, protest outside of work that do not violate our policies and standards of respect are not grounds for employee discipline.”

The woman IDed as Duke’s puncher, law enforcement officer Ashanti Smith, was arrested and charged with simple assault. She pleaded not guilty during an arraignment that same day, court records show, claiming it was self-defense.

Duke’s sister, Anne Lorenz, was arrested and charged with assaulting a law enforcement officer for allegedly punching Smith twice, according to a police report obtained by the Herald. She pleaded not guilty during an arraignment on Jan. 6, the paper said.