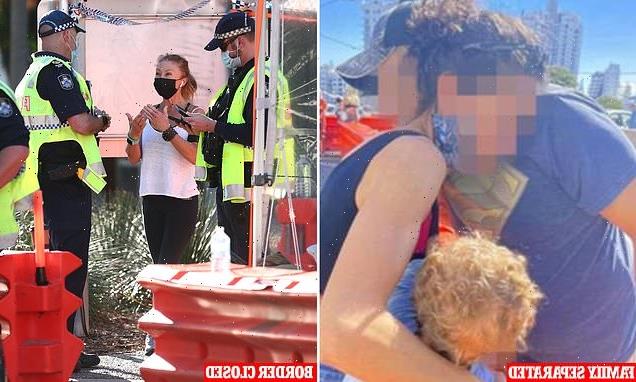 The tragic reality of Queensland’s border restrictions: Mother-of-five separated from her family tearfully hugs her husband over a barrier

A mother-of-five separated from her family has been forced to hug her husband over barricades blocking NSW residents from entering Queensland.

The woman decided to stay and run her business on the Queensland side of Tweed Heads, after a hard border closure was introduced on July 23.

Her husband and five children, including a six-month-old child, stayed at their home across the NSW border.

A photo of the couple embracing highlights the tragic reality faced by families separated due to border closures.

‘Many families have been split up and unable to attend work, unable to see family that are literally only kilometres away,’ a friend of the couple said to 7 News. 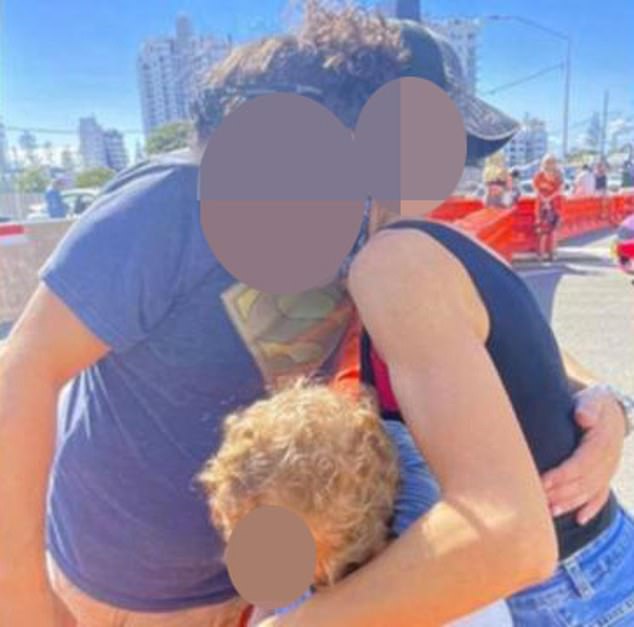 Gold Coast hotel manager Katrina Morris, who has been blocked from entering NSW, told the publication she hadn’t seen her daughter for two weeks after the teenager stayed in the southern state to complete her HSC.

Fed-up residents living on either side of the border attended a protest on August 22 in reaction to new restrictions, which are likely to remain in place until at least the end of October.

Only workers with a border pass and proof of at least one Covid-19 vaccination are able to cross into Queensland.

Queensland Premier Annastacia Palazczuk defended the hard closure after backlash over the decision.

‘They have stay-at-home orders in NSW for a purpose,’ Ms Palazczuk said. 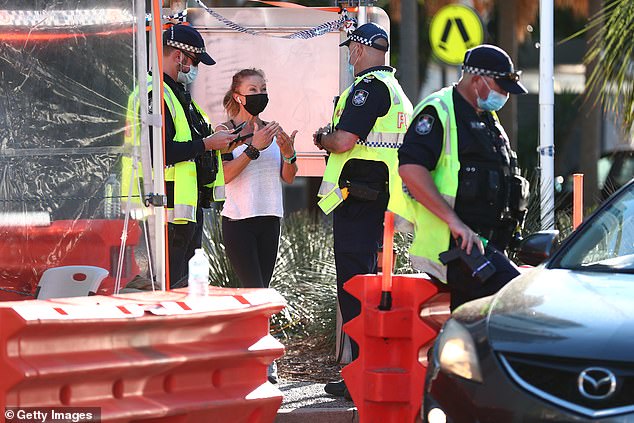 Queensland Premier Annastacia Palazczuk has received backlash for the border restrictions she imposed, and a protest which took place on August 22 reacted to new restrictions introduced

Up to 2,000 people, including one man on horseback, congregated at both sides of the border at about 12pm on Sunday for the protest.

The rally resulted in the arrest of nine people and more than 50 fines handed out for breaching public health orders.

Ms Palaszczuk said she had made offers to the NSW government to move border checkpoints south, including the town in Queensland but received no reply.

A border bubble in place in previous lockdowns was burst after the NSW Covid outbreak spread to regional areas. 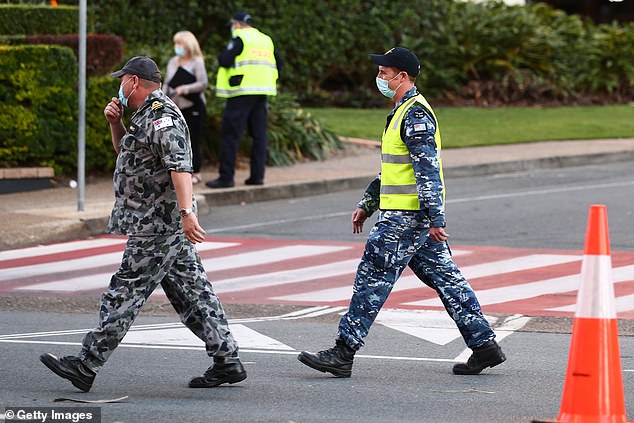 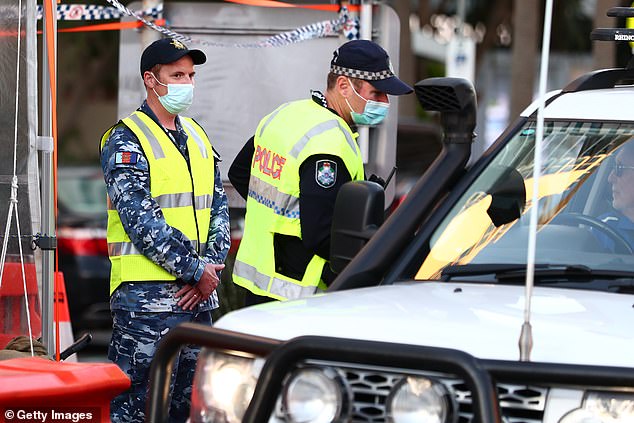 ‘If the Queensland Government reinstated the border bubble then it would immediately reunite separated families, allow border residents to return to work, open up schools and create a sense of ease within the community,’ a Tweed Heads resident said.

About 120 troops travelled to the border and Acting Chief Superintendent Rhys Wildman said the four checkpoints will have two ADF personnel stationed at all times to monitor those crossing the border.