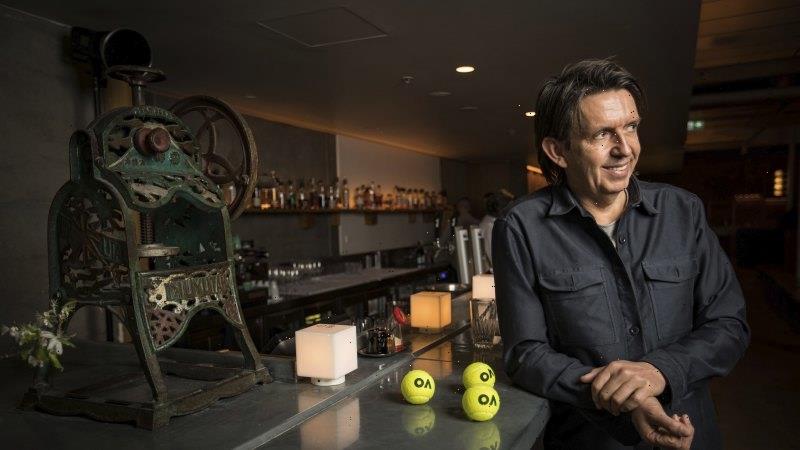 Chef Andrew McConnell is bringing his Supernormal restaurant to the Australian Open for the first time, opening at Melbourne Park alongside top-tier restaurants Stokehouse and Nomad.

It’s all part of a push by the Open to attract more fans and get them to stay longer and spend more. 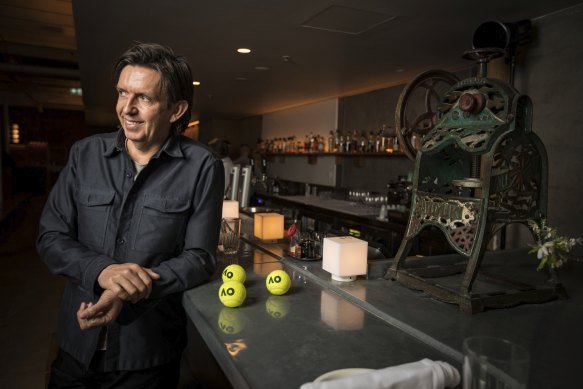 The Australian Open is gearing up for a blockbuster tournament in 2023. It will be the first time in two years the tennis will go ahead without the spectre of COVID lockdowns, and organisers have already flagged record sales for premium food and drink experiences, which are up 25 per cent.

McConnell said it was a “no brainer” for him to open an outpost of Supernormal at Melbourne Park.

“I really enjoy the tennis and I love what it brings to Melbourne and the momentum it brings and the energy,” he said. “For us, it was a great opportunity to bring what we do at Supernormal to so many Melburnians but also so many interstate and international travellers.”

Supernormal will open onto Garden Square with a menu including the restaurant’s lobster rolls, scallop and pork dumplings with red vinegar and saltbush and peanut butter parfait with salted caramel and soft chocolate.

McConnell said the Australian Open had changed a lot from when he attended back in his younger days at Kooyong when the hospitality offerings were fairly limited.

“It’s not just about coming and watching sport now but introducing a lot of different restaurants and experiences in and around the tennis,” he said. “There’s a great opportunity to really come and spend the whole day actually at the tennis.”

The new group of restaurants will join Rockpool, Maha and the Penfolds restaurant, which are all set to return for 2023.

“This is a great cross-section of what Melbourne is doing in one location, it’s a veritable feast,” McConnell said. 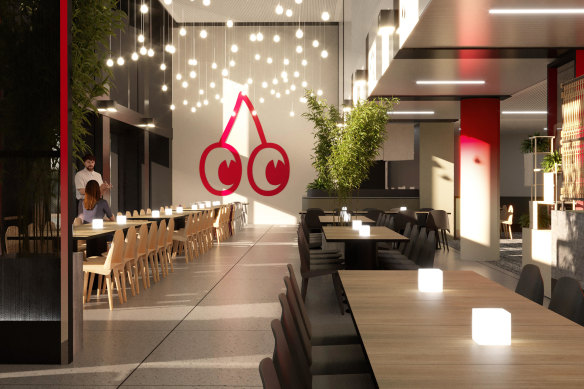 Artist’s render of the proposed Supernormal restaurant at the Australian Open. Credit:Tennis Australia

“We have really tried to dial up our food and drink offering to be really cutting-edge and on trend, so having fan favourites as well as new and emerging talents,” she said. “Average spend is up year-on-year as people are wanting to try different food and drink experiences across the site.” 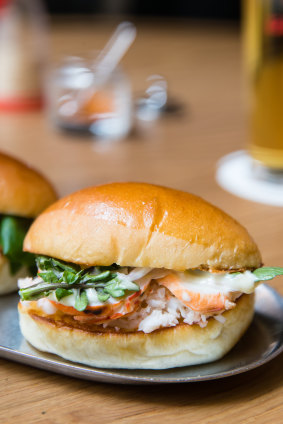 The “must order” lobster roll at Supernormal.

Barrett said organisers were expecting a return to full crowds this year after last summer’s crowd cap kept numbers at 346,468.

“We are seeing a really strong sales conversion on our premium experiences – being all of our restaurants like Supernormal and Nomad at the atrium – they have record sales,” Barrett said.

“Our corporate market and entertainment seekers are looking to come to the tennis and have a full day out.”

The Australian Open will also feature a new superbox, which it is turning into a speakeasy with cocktail bar Nick and Nora’s.

“We are dialling up our drinks offering probably more than ever before for 2023, so it is not just all about the food, but the latest trends in drinks as well,” Barrett said. “It really is an integral part of the fans experience.”