London: Finally here are the charges Julian Assange has been expecting, predicting, and fearing for a long time.

He is charged with conspiracy to receive, obtaining and disclosing national defence information, a crime under the US Espionage Act.

The US government has been weighing whether to bring such charges for almost nine years, since WikiLeaks first started publishing diplomatic cables and documents from Guantanamo and the Iraq and Afghanistan conflicts. 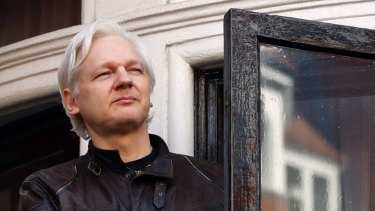 WikiLeaks founder Julian Assange at the Ecuadorian embassy in London in 2017. Credit:AP

It may be that, by bringing them now, they are trying to bolster their case to be first in the queue when arguing for priority over Swedish prosecutors, who want to extradite Assange there to face a rape allegation.

Or it may just be that this was a harder case to bring, and took longer to pull together once the decision was taken to try.

Either way, these espionage charges pose three big problems – for Assange, for the US prosecutors, and for journalism.

They’re obviously a problem for Assange, currently in prison in the UK preparing for his extradition fight. The expanded indictment adds 17 new counts of espionage to the already-public computer hacking charge. Each of the new counts carries a maximum penalty of ten years in prison.

The US government has reams of evidence from Manning’s military trial, including her online exchanges with Assange as he allegedly encouraged her to dig out US secrets. And it has already demonstrated it intends to call Manning back to testify against Assange, under threat of re-imprisonment. 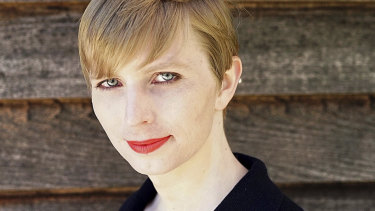 But these new charges pose a big problem for the US as well.

Espionage will be a much harder case for prosecutors to win than hacking.

Under the terms of the law, they must show Assange had the “intent or reason to believe that the [leaked] information is to be used to the injury of the United States, or to the advantage of any foreign nation”.

This, on the face of it, was not Assange’s plan. He and Manning and others at WikiLeaks talked about being an “intelligence service for the people”. They had radical ideas about how the elimination of government secrecy would turbo-charge democracy.

It’s going to be a big job to shoe-horn this philosophy into the traditional concept of espionage.

The indictment gives clues how they’re going to try. It talks about how WikiLeaks “revealed the names of human sources and created a grave and imminent risk to human life”, and details Assange’s alleged refusal to stop when warned of this.

It talks about how, by knowing the US army rules of engagement in the Middle East, enemies could “anticipate certain actions or responses by US armed forces and carry out more effective attacks”.

It talks about how, when US armed forces raided the compound of Osama bin Laden in 2011, they collected digital media from the home of the al-Qaeda leader showing he had been interested in gathering the secret material posted to WikiLeaks (though the argument that this amounted to aiding the enemy reportedly did not convince the judge in the Manning prosecution).

On the face of it this indictment covers a lot of practices that are standard to investigative journalism.

By bringing espionage into the picture the US have also made their extradition work much, much harder. Assange’s lawyers may try to argue that he is being extradited for his political opinions (which is not allowed), or for conduct that would not be a crime in the UK (ditto).

This last is a very interesting question. The UK’s Official Secrets Act may be even harder to stretch to cover Assange’s actions then the US Espionage Act.

The third and biggest problem is for journalism.

On the face of it this indictment covers a lot of practices that are standard to investigative journalism: appealing for information, encouraging a source to provide documents that are not publicly available, reporting classified information you believe is in the public interest and the public has a right to know.

Media outlets publish leaked classified information all the time, especially in the US. When The New York Times obtained the “Pentagon Papers”, a top-secret Department of Defence review of the Vietnam war, the US Supreme Court ruled it was justified because the constitution's First Amendment protected freedom of the press.

Supreme Court Justice Potter Stewart wrote: “In the absence of the governmental checks and balances present in other areas of our national life, the only effective restraint upon executive policy and power in the areas of national defence and international affairs may lie in an enlightened citizenry”.

It may be that prosecutors can argue Assange was not acting as a journalist. But they would, by doing so, make the line separating journalism from espionage wafer-thin, and much more dangerous to approach, even in the public interest.

The Obama administration decided not to cross this Rubicon by bringing espionage charges against Assange. Either they would lose, or by winning they risked setting a dangerous precedent that could be used to crack down on one of democracy’s necessary moving parts.

But the Trump administration has gone there.

This stakes in the Assange case have suddenly become much, much higher.