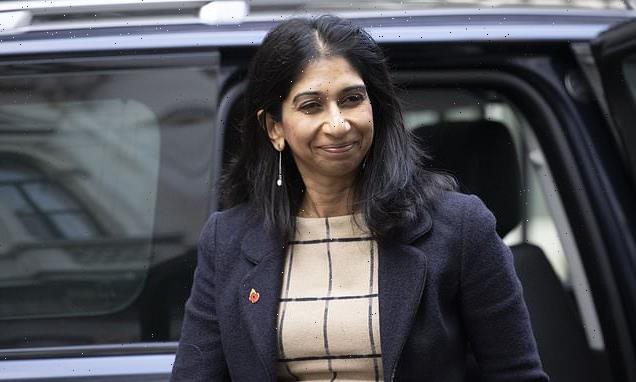 Police are told to end eco mob rule: Suella Braverman orders officers to ‘stop humouring’ environmental activists after a day of protest in which Just Stop Oil campaigners brought chaos to M25 and XR member hurled eggs at the King

The Home Secretary accused officers of letting protests get out of control because of their ‘reluctance’ to tackle ‘criminal disruption’. Her demand came after Just Stop Oil activists brought more chaos to the M25, leading to a crash in which a constable was injured.

She suggested that members of the public were taking the law into their own hands because they had lost faith in the police. 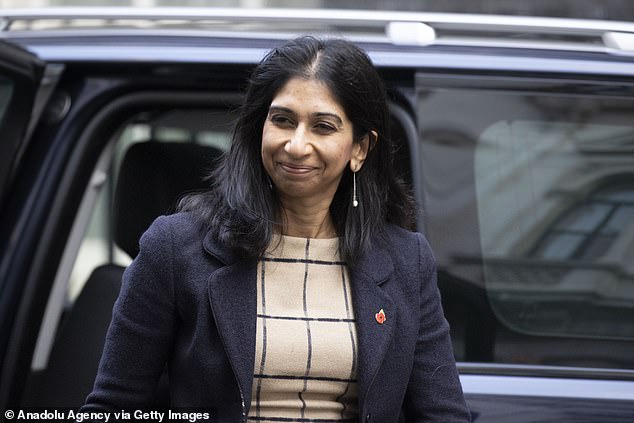 But her remarks drew a sharp response from Scotland Yard chief Sir Mark Rowley, who said: ‘We can’t take snipers to people who are climbing the gantries.’

The row came as an Extinction Rebellion member and Green Party candidate pelted eggs at King Charles in a protest about Britain’s slavery past and:

The Home Secretary said: ‘There is a bit of a hesitation within police right now to take action. Events today show this is out of control.

‘Although most police officers do an excellent job, sadly, in recent months and years we have seen an erosion of confidence in the police to take action against the radicals, the road-blockers, the vandals, the militants and the extremists.

‘But we have also seen the police appear to lose confidence in themselves – in yourselves, in your authority, in your power – an institutional reluctance. This must change.

‘Criminal damage, obstructing the highway, public nuisance – none of it should be humoured. Scenes of members of the public taking the law into their own hands are a sign of a loss of confidence and I urge you all to step up to your public duties.’ 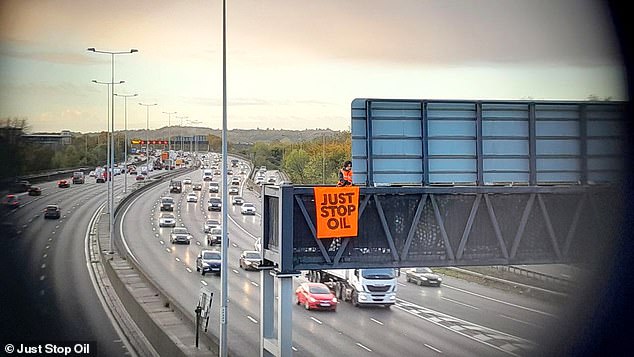 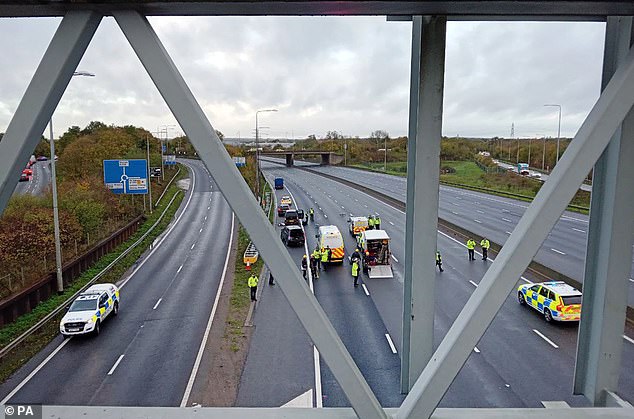 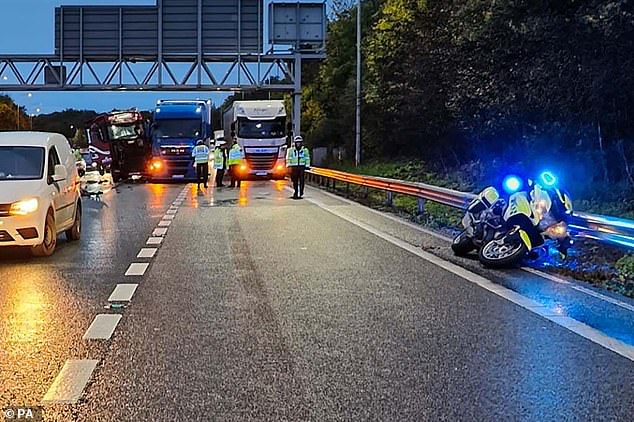 Just Stop Oil, a spin-off from Extinction Rebellion, has staged headline-grabbing protests almost every day this month in a bid to force the Government to stop handing out new licences for fossil fuels. Some have been hauled off roads by angry motorists who have accused the police of standing around and doing nothing.

The Mail has reported that a man missed his father’s funeral on Monday after protesters shut down the M25 for the first of three straight days of action.

Others have missed hospital appointments, including for cancer treatment. Mrs Braverman said: ‘Too often, the rights of protesters are placed above the rights of others. Criminal activists cannot be allowed to bring misery and chaos to the law-abiding majority.’

But Sir Mark said: ‘We have gone as fast as we think we can do on the Just Stop Oil issues. We can’t take snipers apparently to people who are climbing the gantries. When we use the angle grinders we have to apparently just take off the locks, we can’t take off the limbs at the same time.

‘There are limits to how you can do this at speed. We are turning up at those things very quickly. We’re going as quickly as we can.’

He revealed that Met officers had to use an angle grinder to remove a bicycle D-lock from the neck of a protester attached to a gantry yesterday, adding it was ‘not straight forward’ without decapitating someone. 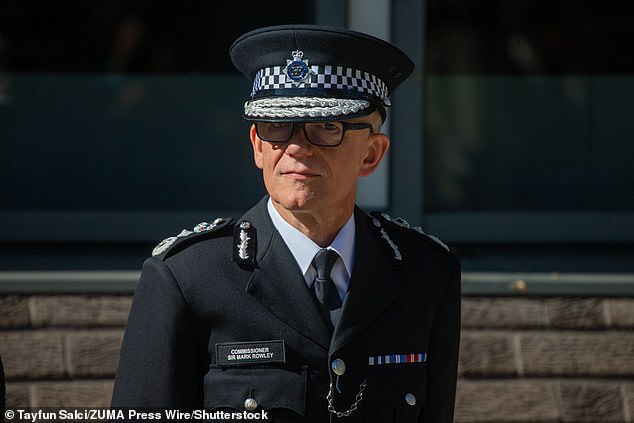 Met Police Commissioner Sir Mark Rowley, pictured in September, hit back at the Home Secretary’s comments: ‘We can’t take snipers to people who are climbing the gantries.’

Martin Hewitt, head of the policing council, said protest tactics were becoming more dangerous. ‘Go and stand in Parliament Square and shout and scream, that’s fine,’ he said. ‘We are increasingly seeing things that are dangerous – dangerous for the protesters, dangerous for other members of the public and, as we’ve seen this morning, dangerous for police officers.’

Mr Hewitt insisted it was impossible for police to act more quickly when the situation was so dangerous: ‘We’ve been able to deploy fairly quickly and deal with that, and minimise the impact to other people, other road users and businesses.

‘As ever, in all public order policing, we are balancing the competing rights between the person that is protesting and the person whose life has been affected as a result.’

Just Stop Oil has staged 32 days of disruption from the end of September and throughout October, which the Met said resulted in 677 arrests with 111 suspects charged and officers working 9,438 additional shifts.

According to Just Stop Oil, its supporters have been arrested more than 2,000 times since its campaign began on April 1, and 15 are behind bars. Downing Street confirmed the Government was working to give police more powers.