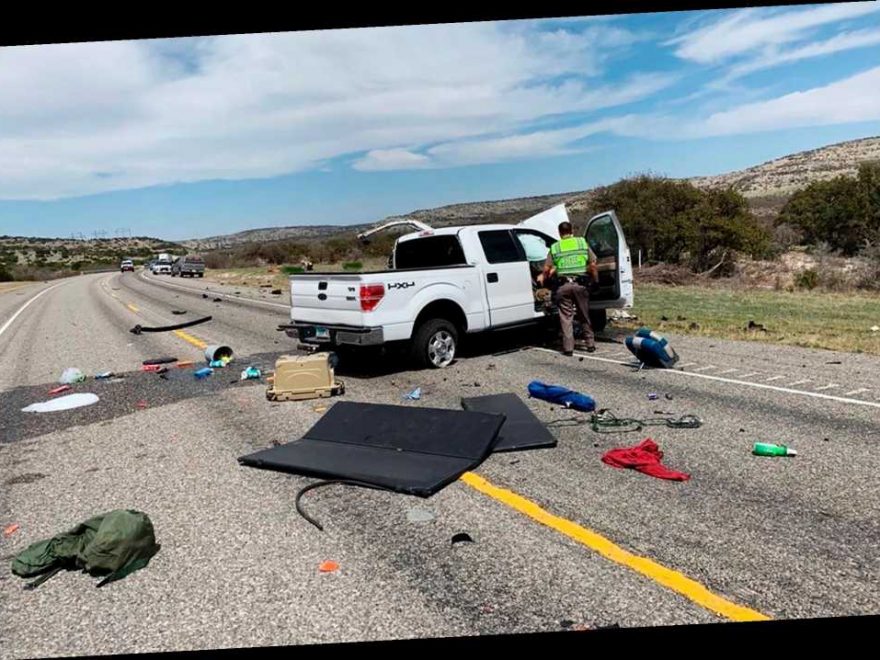 House set to approve bills to legalize half of illegal immigrants

The border mess is only going to get worse

A Texas man is facing up to life in prison for driving a pickup truck during a high-speed, 50-mile police chase near a Mexican border town that ended in a head-on crash that killed eight illegal immigrants, federal prosecutors said.

Sebastian Tovar, 24, of Austin, was charged Wednesday in federal court for transporting “illegal aliens resulting in death,” according to the US Attorney’s Office for the Western District of Texas.

Tovar was driving a maroon truck near Del Rio on Monday when a Texas Department of Public Safety trooper tried to stop him for speeding, a federal criminal complaint states.

Tovar then refused to pull over his Dodge truck, setting off a chase that lasted roughly 50 miles — and reached speeds exceeding 100 mph, federal prosecutors said.

The truck driven by Tovar then collided head-on with another truck, a white Ford F-150, as he drove north in the southbound lane of Highway 277 about 30 miles north of Del Rio, a Texas border town, authorities said.

The crash left eight illegal immigrants who were in Tovar’s truck dead, while a lone survivor was injured.

All were immigrants in the US without authorization and the people who died were Mexican nationals between the ages of 18 and 20, according to Val Verde County Sheriff Joe Frank Martinez.

Seven of the killed victims were men, the sheriff said.

The crash came less than two weeks after 13 migrants were killed in a horrific crash on March 2 in Southern California after cutting a hole in the US-Mexico border fence. Authorities have said they believe the victims were part of a migrant smuggling operation.

Following Monday’s chase and ensuing wreck, US Border Patrol agents also came upon a beige pickup truck as they directed traffic near the crash site, according to the complaint.

“Agents subsequently apprehended twelve illegal aliens who fled that truck,” prosecutors said in a statement. “Two of the illegal aliens, both Mexican citizens, confirmed they were part of a failed human smuggling attempt in which the group illegally crossed into the US and were divided between the maroon and beige pickup trucks for transport purposes.”

The two Mexican nationals later told authorities they entered the US illegally near Eagle Pass, a border town in southwest Texas, with about 20 others who were in the maroon and beige trucks, the complaint states.

Court records in Texas did not list an attorney for Tovar, who remains in federal custody. His initial court appearance is set for April 1, a spokeswoman for the US Attorney’s Office for the Western District of Texas told The Post Thursday.