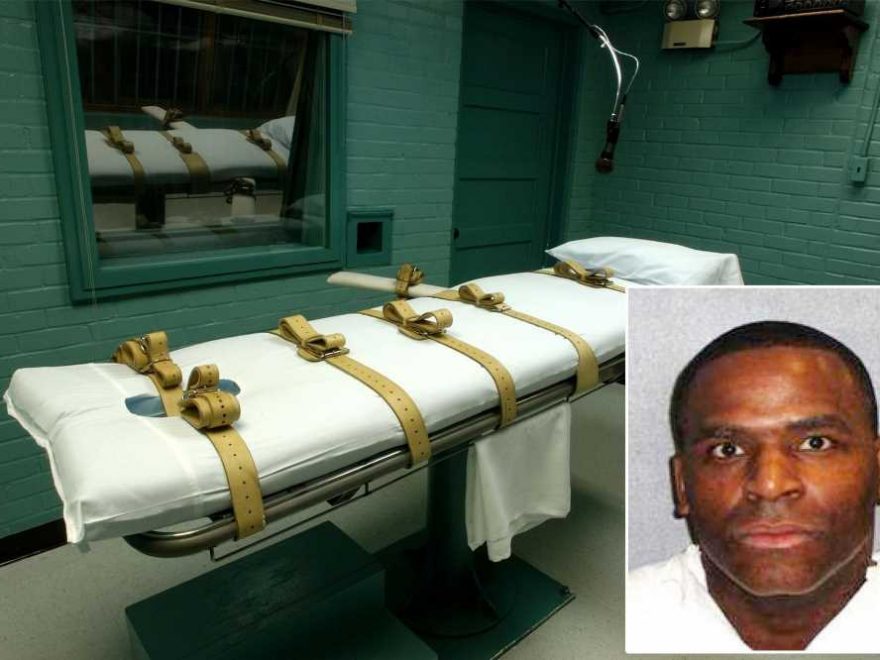 Four years after man is executed for murder, DNA casts doubt on guilt

HUNTSVILLE, Texas — A Texas man convicted of fatally beating his 83-year-old great aunt more than two decades ago was executed Wednesday evening, despite requests from some of the victim’s family to spare his life.

Quintin Jones received the lethal injection at the state penitentiary in Huntsville for the September 1999 killing of Berthena Bryant. Prosecutors said after Bryant refused to lend Jones money, he beat her with a bat in her Forth Worth home then took $30 from her purse to buy drugs.

Reporters from The Associated Press and The Huntsville Item, the local newspaper, were scheduled as media witnesses to the punishment but never were escorted by corrections agency officials from an office across the street from the prison. There was no immediate explanation for the media exclusion. Jones became the 571st inmate to receive lethal injection in Texas since the state resumed carrying out capital punishment in 1982 and the first without a media witness.

Typically, the agency’s public information office receives a call from the prison warden’s office that all appeals have been exhausted, the execution is about to move forward and the media witnesses may be brought in. On Wednesday evening, that call never was made.

Some of Bryant’s family members, including her sister Mattie Long, had said they didn’t want Jones to be executed. Jones is Long’s grandnephew.

The board denied Jones’ clemency petition on Tuesday and Gov. Greg Abbott didn’t go against that decision and also declined to delay the execution. Abbott has granted clemency to only one death row inmate, Thomas Whitaker, since taking office in 2015.

On Wednesday, Jones’ attorney filed a civil rights complaint against the board, alleging race played “an impermissible role” in its denial of Jones’ petition. Jones’ attorney argued the case was similar to that of Whitaker’s and the only difference was that Whitaker is white and Jones was Black. U.S. District Judge George C. Hanks Jr. dismissed the complaint, writing that Jones didn’t present direct evidence of his allegation.

In his final appeals, Jones’ attorney, Michael Mowla, argued that Jones was intellectually disabled and that his death sentence was based on since discredited testimony that wrongly labeled him as a psychopath and a future danger. Mowla also said Jones’ history of drug and alcohol abuse that started at age 12 and physical and sexual abuse he suffered were never considered at his trial.

Jones was the first inmate in Texas to receive a lethal injection since the July 8 execution of Billy Joe Wardlow. Four other executions had been set for earlier this year but were either delayed or rescheduled. While Texas is usually the nation’s busiest death penalty state, in 2020 it executed only three inmates — the fewest executions in nearly 25 years, mainly because of the pandemic.

Jones had asked for his death sentence to be commuted to life in prison, saying he was not the same person who killed his great-aunt when he was 20 years old, and had expressed remorse and sought redemption during his more than two decades on death row.

In a video published by the New York Times, Jones asked Abbott to grant him clemency, saying he would use the rest of his life in prison “to better myself and to better others along the way.”

“Another thing that helped me out was my great-aunt, Aunt Mattie. It was her sister. So, by her loving me enough to forgive me, it gave me the strength to try to do better and want to do better,” Jones said.

In court documents filed last week, prosecutors argued the death sentence was justified because Jones had a violent history, including assaulting teachers and participating in two other murders.

Suleika Jaouad, a writer who began corresponding with Jones a decade ago, led the effort to stop his execution. Others who supported Jones’ clemency request included actors Mandy Patinkin and Sarah Paulson.

“We are a nation that prides itself on second chances. Quin is clear-eyed that he deserves to be in prison for the rest of his life. He hasn’t forgotten his crime, and he’s not asking us to forgive or to forget. But he is seeking redemption,” Jaouad wrote in a Facebook post last week.