The Uvalde High School Coyotes will have brand new uniforms and equipment this season thanks to the Houston Texans.

Texans coach Lovie Smith as well as linebackers Christian Kirksey and Kamu Grugier-Hill surprised the team ahead of Uvalde’s first home football game since a gunman shot and killed 19 students and two teachers on May 24 at Robb Elementary School, 2.4 miles away from the high school. Smith, Kirksey and Grugier-Hill met with players and coaches at a pre-game dinner Thursday night before revealing their gift.

The Uvalde high school football team checks out their new cleats given to them by the @HoustonTexans. https://t.co/juXY67zRzopic.twitter.com/gKmTvoK3OS

“I think it’s awesome,” Uvalde coach Wade Miller told ABC News. “It makes us feel the love that we’re getting from around the world and especially the state of Texas. And to have those guys here and keeping up with us, makes our kids feel really special.”

One of Texans’ athletic trainers, Roland Ramirez, is a native of Uvalde who also attended the same high school and encouraged the team to visit the high school before their first home game.

“It’s been tough. Some really close friends have lost loves ones … so it hits home for me,” Ramirez said.

Senior Uvalde linebacker Justyn Rendon was picked to wear the No. 21 jersey this season to honor the 21 victims of the heinous shooting. Rendon’s youngest brother was at Robb Elementary the day of the shooting and survived. He called football “like a therapy” and that practice helped everyone “feel the comfort of the family that we have.”

Another “21” popped up in Uvalde’s first game of the season when the team beat Carrizo Springs 21-13.

“It was just a sign that the 21 angels are looking down at this community, and saying that they’re here, that they’re still present, and that they will remain present,” Justyn Rendon’s father, Eluterio Rendon said. “So that was a pretty, pretty special moment.”

The Texans will stay connected to Uvalde in more ways than just the donated uniforms. The team is also hosting a football clinic Friday and will wear “Uvalde Strong” decals on their helmets during the Texan’s season-opening home game against the Indianapolis Colts on Sept. 11.

“Whenever you have the opportunity to be of help, to be of inspiration, or just to be a person that can get, you know, things of these young men’s minds. You can talk ball with, or talk life with, you just want to be there,” Christian Kirksey told ABC News. “I think that we have a job not just playing football, but to be role models and to be a helping hand.” 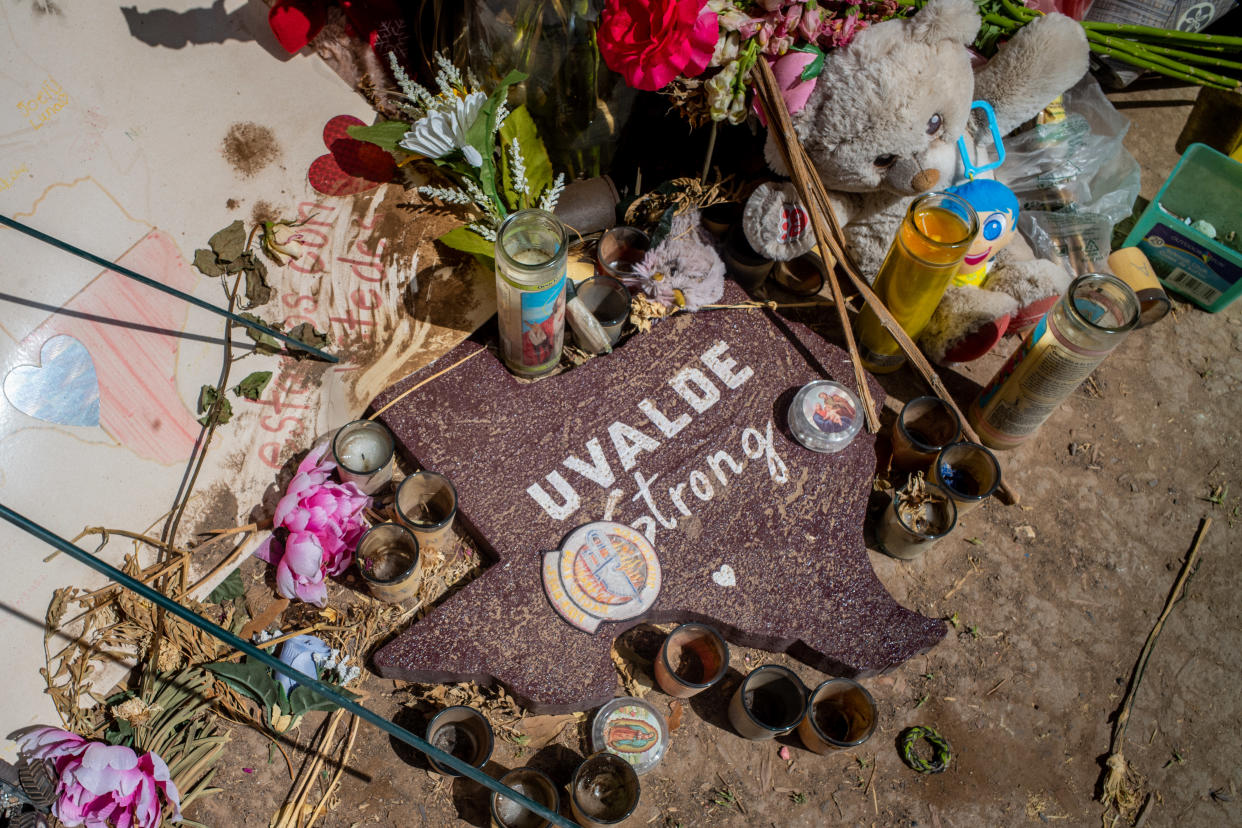