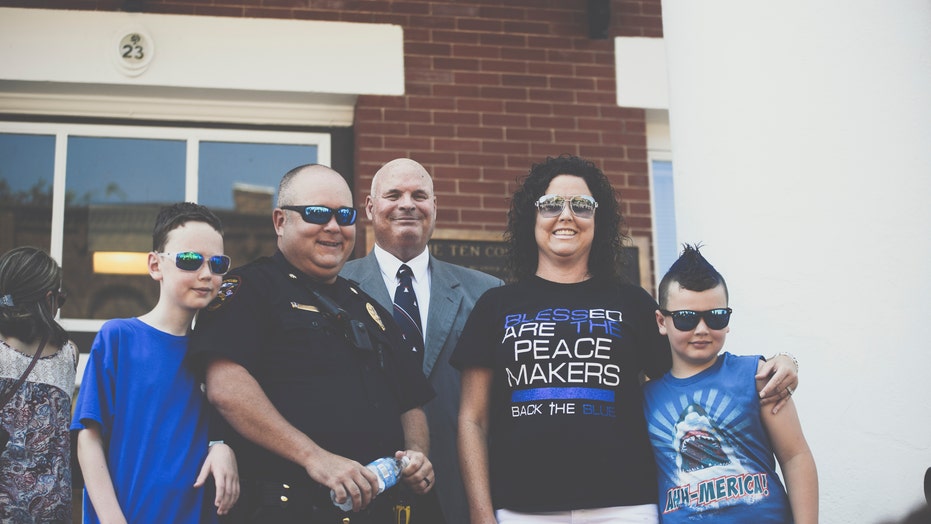 New police graduates share why they want to serve

Hundreds attended an Independence Day ceremony hosted by a church in Jonesborough, Tenn., honoring the local police department in the wake of protests to defund, and in some cases, abolish law enforcement altogether.

Lighthouse Missionary Baptist Church made a "bold statement of support" by giving $1,000 to every member of the town's police department, totaling $23,000, The Christian Post reports.

CHICAGO PASTOR REACTS TO WEEKEND VIOLENCE, DEATH OF 7-YEAR-OLD: 'WE HAVE TO TAKE BACK OUR CITIES'

"We at Lighthouse believe enough is enough," Pastor Perry Cleek said in his decision to support law enforcement on the courthouse steps in downtown Jonesborough on July Fourth. "It's past time for the silent majority of Americans who do not approve of lawlessness and anarchy in the streets, who do not support any movement that calls for the murder of police officers, who are willing to condemn those who loot and vandalize and destroy both public and private property, to stand tall and firm and let our voice be heard," the Baptist pastor added.

Police Chief Ron Street and his employees were honored by the pastor.

"I have every confidence in Chief Ron Street, that he would never tolerate an abusive, racist, unprofessional officer," Cleek said. "Chief Street and all the personnel of the Jonesborough Police Department, you have our appreciation, our encouragement, our support," he added. "And our church wants to show that with more than words."

The pastor handed $1,000 checks to every employee at the Jonesborough Department of Public Safety.

"We are very appreciative of the citizen and church support," Street told Fox News. "With everything that's going on in the country, defunding and everything, it's nice to have your citizens behind you and supporting the work we do in the community here. We've found the opposite of that, we've been supported."

The police-related death of George Floyd on May 25 sparked calls to defund police departments across the country. 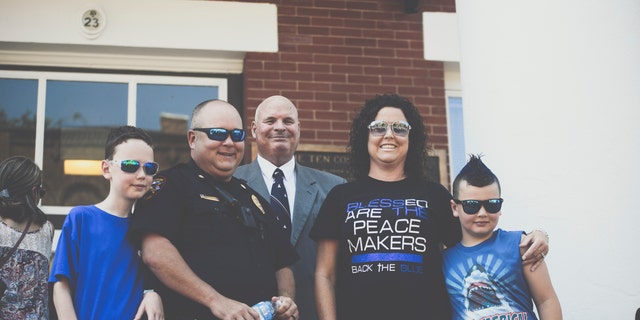 On Sunday, during his sermon, Cleek noted Floyd's death "brought a rare moment of national unity" calling it "wrong" and saying "that never should've happened and the ones responsible for that should face the full justice of the law."

He added, "Too bad it was seized upon by those who never seem to miss an opportunity to criticize and try to harm America."

The pastor pointed to a passage from Romans as their response to the recent events: "Be not overcome of evil, but overcome evil with good."