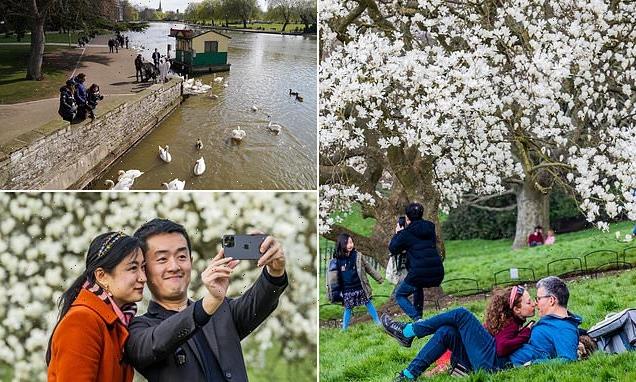 Spring has finally arrived! Temperatures will soar to 68F next week in an early blast of warm weather – after sunbathers hit beaches for hottest day of the year today

Temperatures will leap above 20C (68F) this week as warmer days return to Britain at the beginning of spring.

The weekend was the warmest of the year with a 20.2C heat recorded in Kinlochewe, north-west Scotland on Saturday – the hottest recorded temperature of 2022 so far.

Forecasters at BBC Weather and the Met Office think temperatures will climb even higher in the coming week with temperatures to enter the low 20s again.

Southern England and north-west Scotland will see wall-to-wall sunshine with temperatures climbing from the high teens on Monday and Tuesday to peak in the low 20s on Wednesday.

Despite these areas having the best of the weather, most of the UK should see clear skies all week.

BBC Weather’s Louise Lear told the Sun: ‘It’s been a glorious weekend so far, with all four nations recording its warmest day of the year so far. 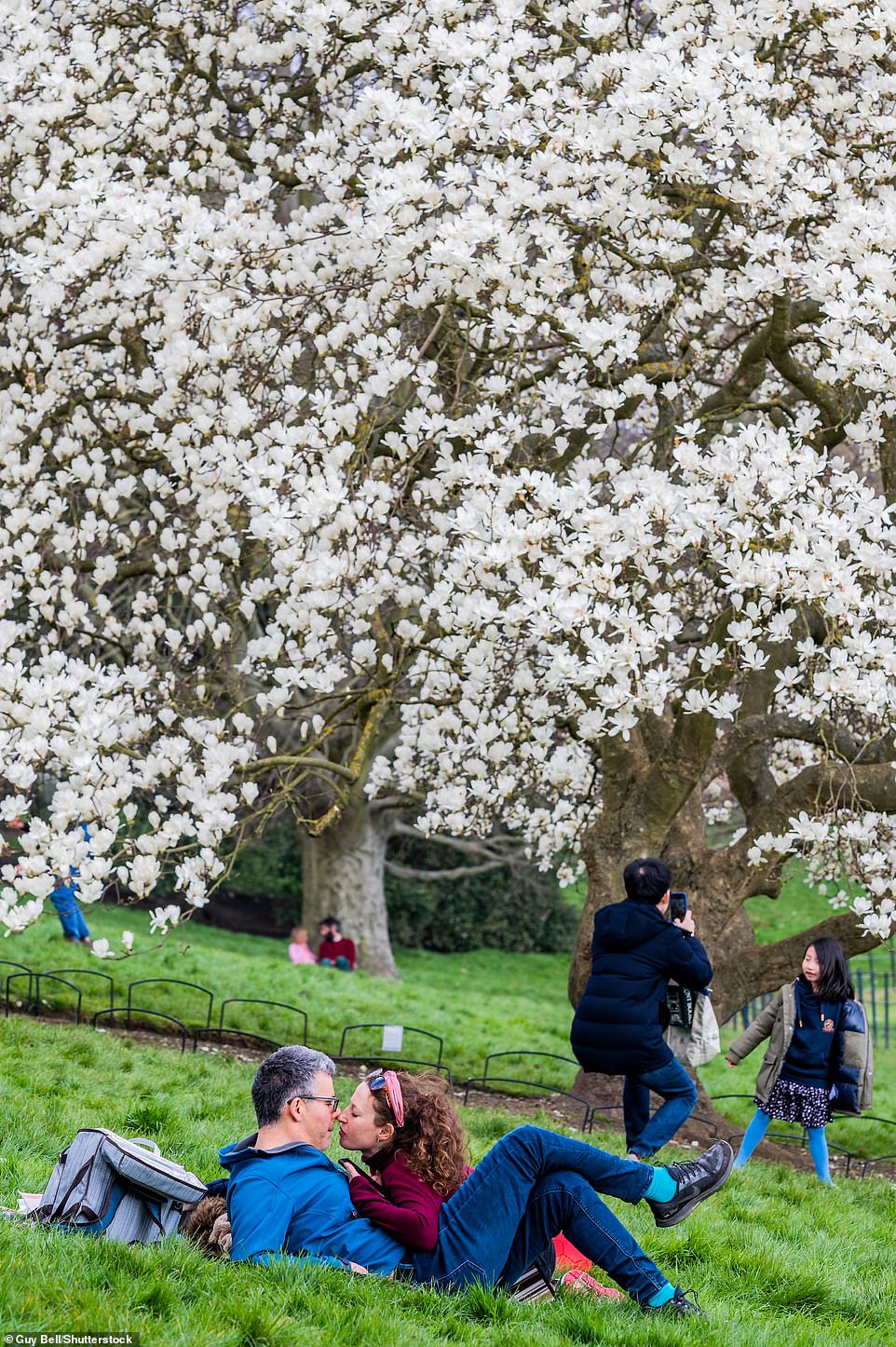 Visitors admire the spring blossom on a Magnolia tree in front of Kenwood House in Hampstead, north London 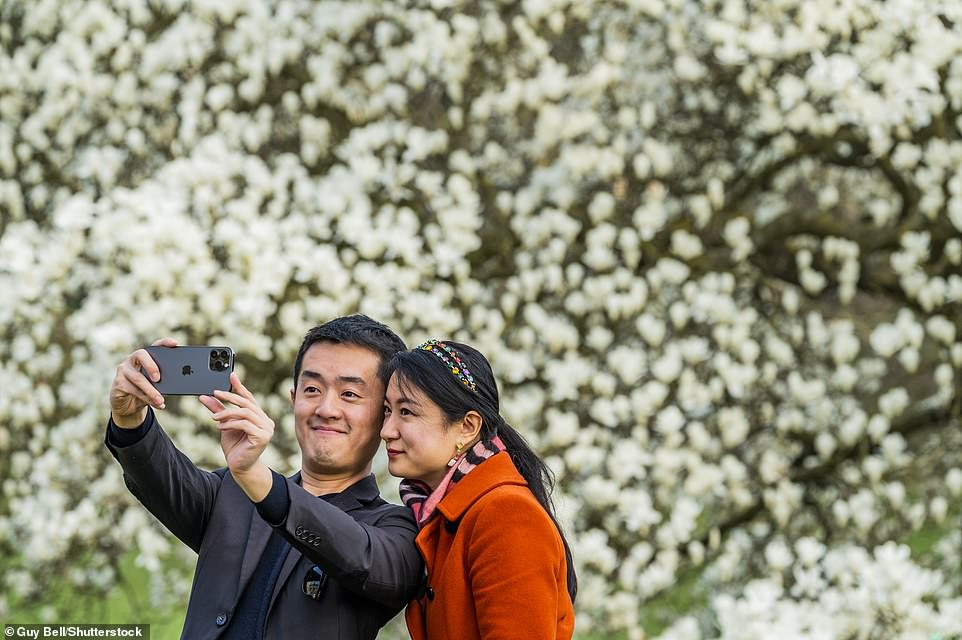 Bright sunny, but fresh, spring weather in London brought people out to exercise on Hampstead Heath 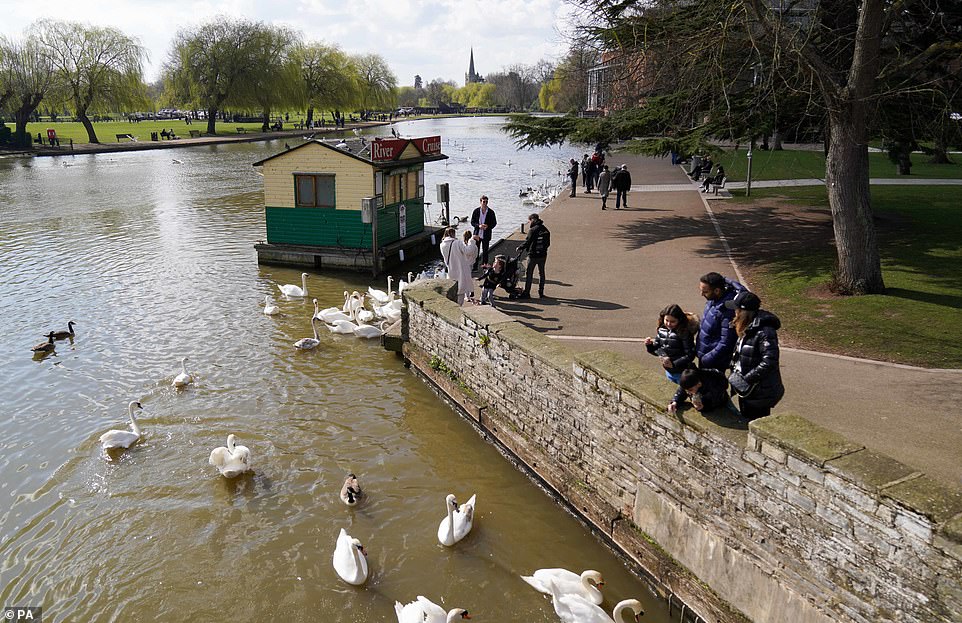 Families feed swans while enjoying the warm weather in a park in Stratford-upon-Avon, Warwickshire. 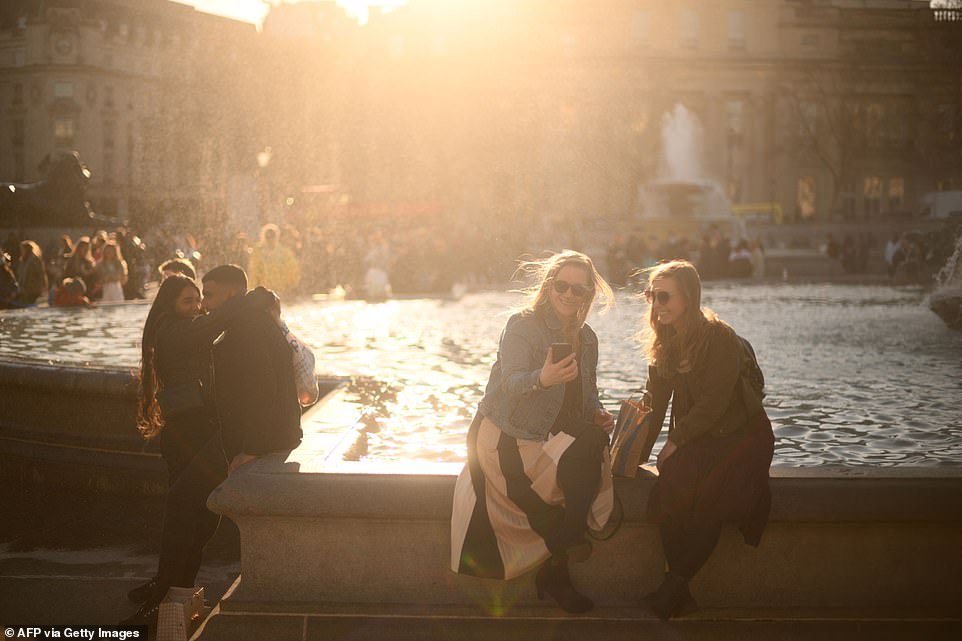 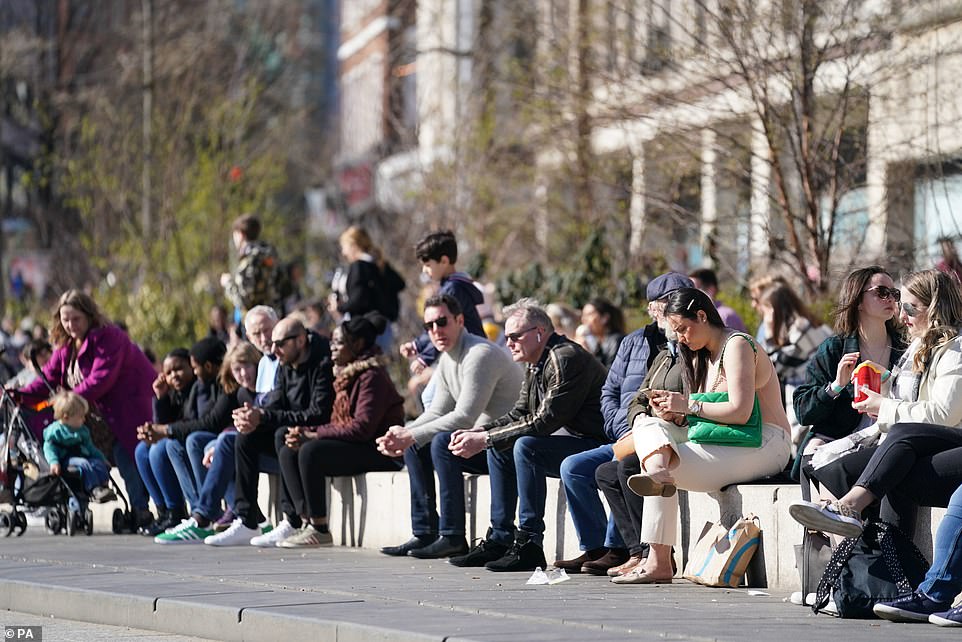 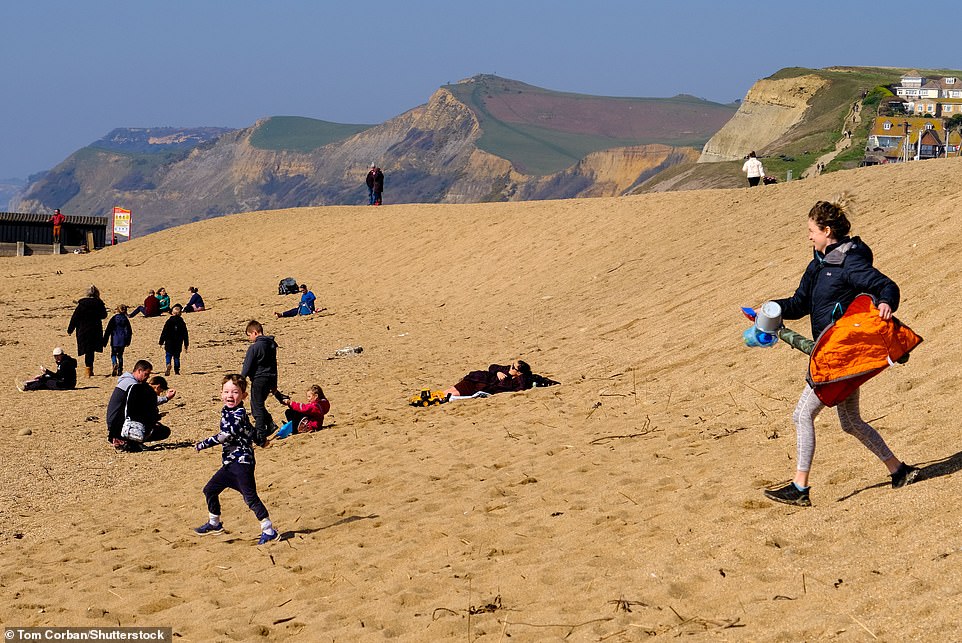 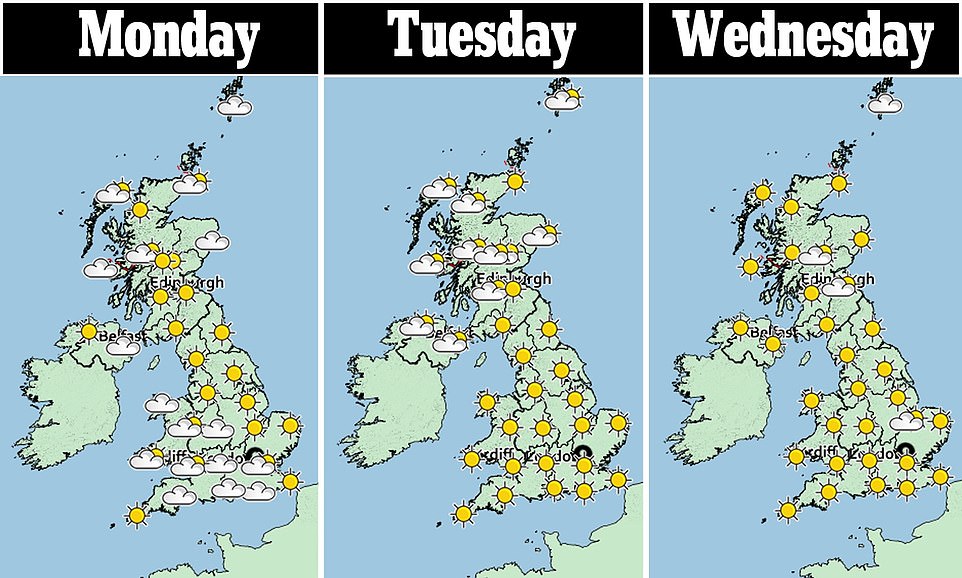 ‘As we go through the next few days, it does look likely that the warmth is set to build.

‘Highs of 15C to 16C on Monday, but as we move into Tuesday, warmer air continues to push up from the west of Europe and it will get noticeably warmer with each day.

‘Dry, settled and sunny, with temperatures likely to peak in the mid to high teens in many places.

‘That story is going to continue through the week ahead, and we could see temperatures back again up to 20C – way above where they should be for this time of year.’

Met Office meteorologist Dan Stroud told the Sun: ‘High pressure continues to dominate into the new working week with fair amounts of cloud and temperatures increasing during the course of the week.’ 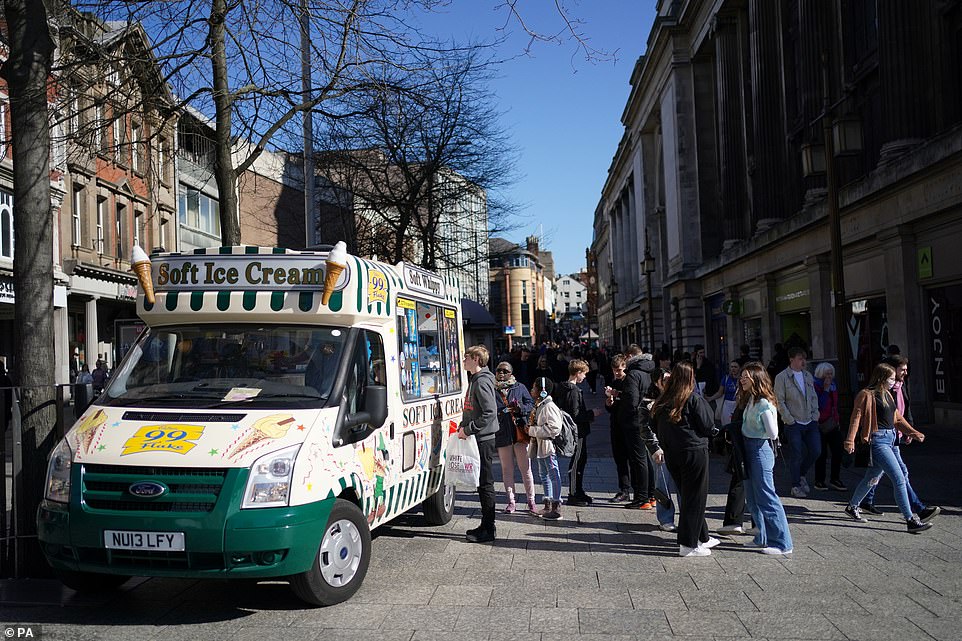 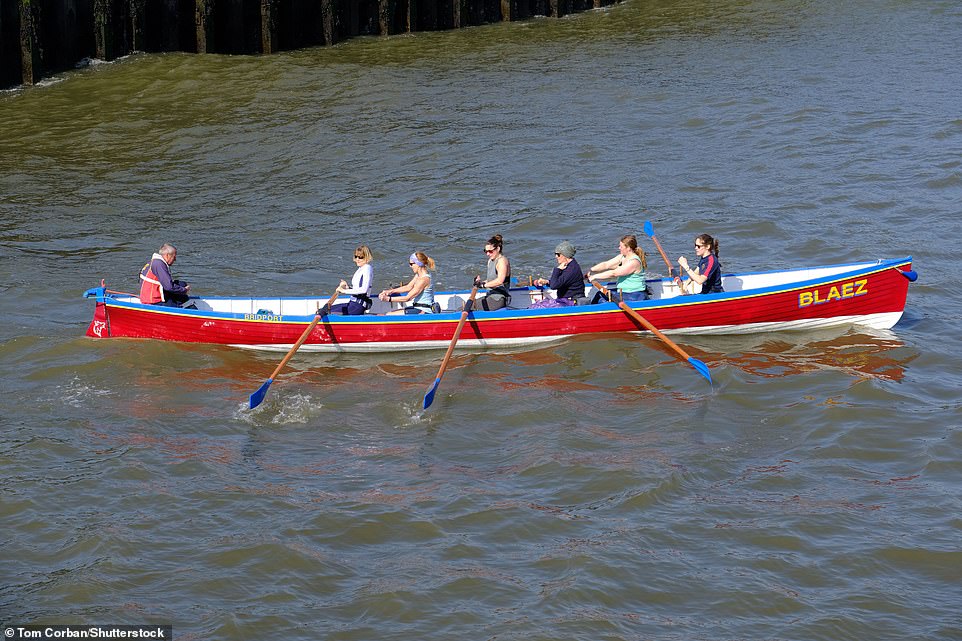 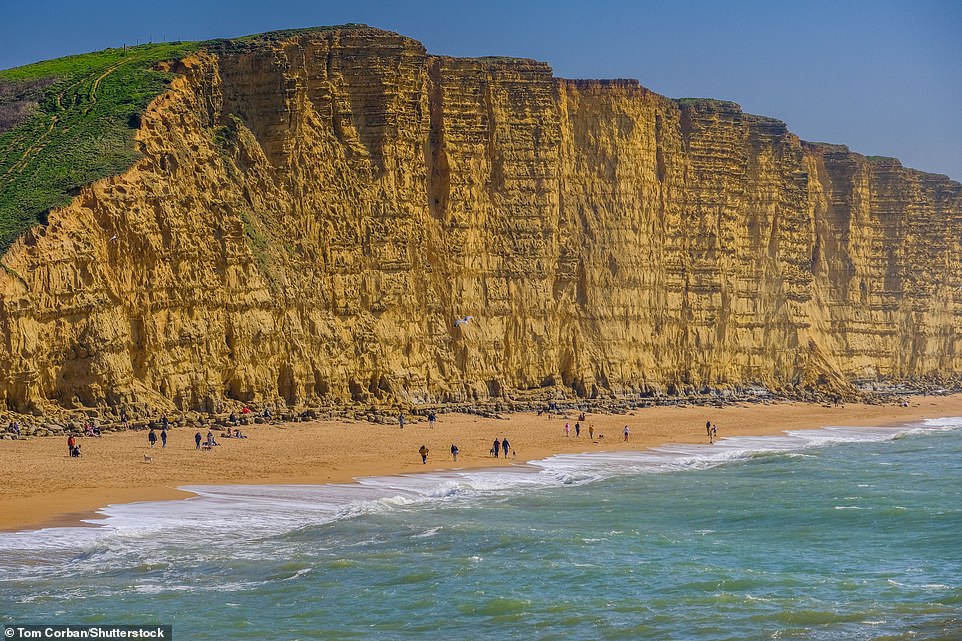 Weather expert Jim Dale told the Express: ‘I think hot weather could come in fairly early as far as April is concerned perhaps.

‘I know March is the start of spring but I think we’re probably going to get properly into April before we start to see the searing sort of temperatures.

Brits were seen on the beach and in packed beer gardens as they were able to leave the winter coats at home for the first time this year.