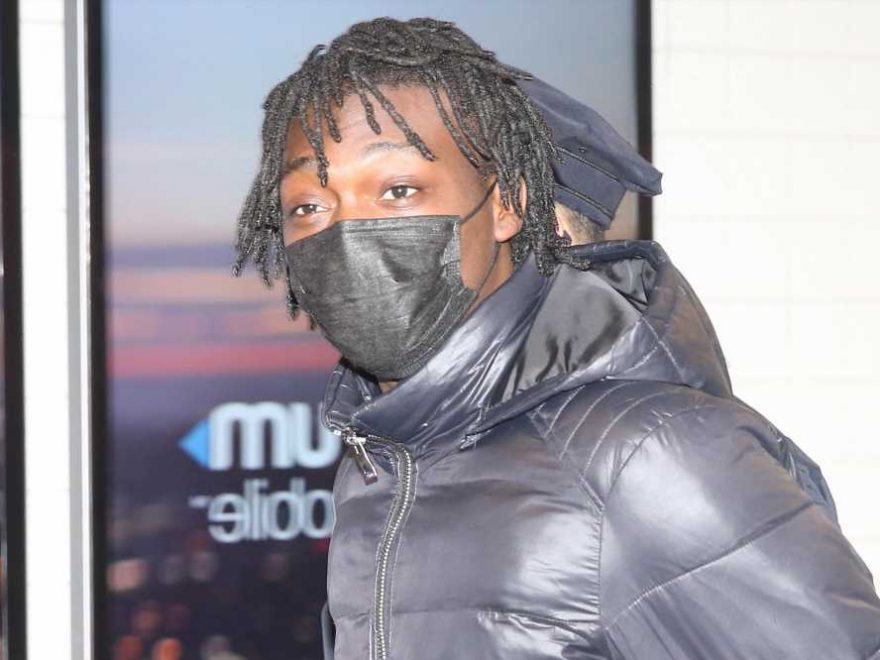 FedEx shooter had gun taken from him but still got two new weapons legally: cops

The Ohio teen allegedly caught with an AK-47 in a Times Square subway may have just been confused about New York’s gun laws, his lawyer tried to argue in court on Sunday.

But Manhattan judge Melissa C. Jackson rejected that argument — and the prosecutors’ request that bail be set at $25,000 — as she ordered that 18-year-old Saadiq Teague stay behind bars until his next court date.

“This is an extremely serious case. The case is up to 15 years in prison,” Jackson said.

It was the teen’s first appearance in court since he was busted around 12:30 p.m. Friday on the mezzanine level of the A, C and E station, allegedly with the weapon out next to him in plain sight.

The AK-47 was unloaded, but Teague had a fully loaded magazine in his backpack, along with a gas mask, sources previously told The Post.

According to a high-ranking police source, Teague told cops he thought that carrying an unloaded rifle with the ammunition stored separately is legal in New York City.

His lawyer, Jacqueline Phipps, also said it was possible that her client was naïve about the Big Apple’s gun laws.

“It’s conceivable that a teenager might not understand the complexities of all these laws and the differences in most states and the ways in which laws in all the states coincide,” she said.

She also noted that there was no indication from prosecutors that Teague actually intended to use the weapon.

“I am 100 percent sure that if there is any evidence indicating that, the District Attorney’s Office would have presented it,” she added.

It’s unclear why Teague — who faces three felony counts of weapons possession — was in New York with the assault rifle.

He had posted several rants about the city on his Instagram story earlier on Friday, saying “F–k New York!” and complaining about the subway.

In court on Sunday, he was soft-spoken and polite, answering the judge’s questions with “Yes, your honor.”

The teen — who has no criminal record — graduated from high school last spring and had a job as a waiter that he lost due to the coronavirus pandemic, according to his lawyer, who said Teague is “aspiring to become a mechanic.”

He lives in Columbus with his mother, younger sister and a brother who suffers from a neurological degenerative disease.

“His mom is really emotional as she told me how much her son means to her and she relies on him to take care of her and also take care of his brother,” Phipps said.

Teague’s mother also assured his lawyer that he would return to New York for his court dates, which she would accompany him to, should he be released, Phipps said.

“They are not a family that has a lot of financial resources. He would not be able to make bail,” she said. “Bail in this case would result in Mr. Teague, a teenager, be stuck in jail, far from his family and it’s not necessary to ensure his return to court.”

Assistant District Attorney Ricky Shah, however, had asked for bail “based on the seriousness of the circumstances surrounding the defendant’s arrest” and his out-of-state residence.

Phipps had countered that “Yes, my client lives in Ohio but that does not necessarily mean that bail is necessary for him to return to court.”

It all fell on deaf ears as the judge ruled that Teague should be remanded into custody at least until his April 22 court date.

She pointed out the lack of explanation about what Teague had been doing inside the subway with the firearm, and noted that a shell casing was found at the scene, according to the criminal complaint.

“Mr. Teague lives in Ohio. There are no contacts in New York,” Jackson added. “If he is in Ohio, there is no guarantee that he is going to be coming back.”