A 16-year-old boy attacked two security guards with a knife after he and a gang of shoplifters was allegedly caught at supermarket in Chile, a newly surfaced video shows.

Footage recorded by a shopper captures one of the security guards attempting to detain the teenager after he had stabbed one while another guard tries to hit him with a baton at the shopping center known as Tottus located in the northern city of Colinas on Sunday.

Other shoppers can be seen trying to stop the shirtless teen, who subsequently pulls out a knife and chases the guard, who takes out a nightstick to defend himself. 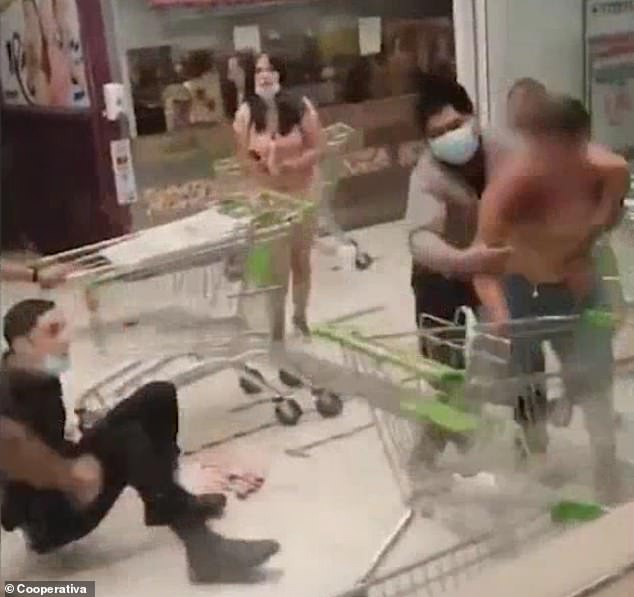 A 16-year-old boy is restrained after he stabbed one of two security guards (pictured)  at a supermarket in Colinas, Chile, on Sunday after he and a gang of shoplifters were busted. The teen appeared before a judge Monday but no charges have been filed. The stab wounds suffered by the guards were not considered life-threatening, the supermarket said 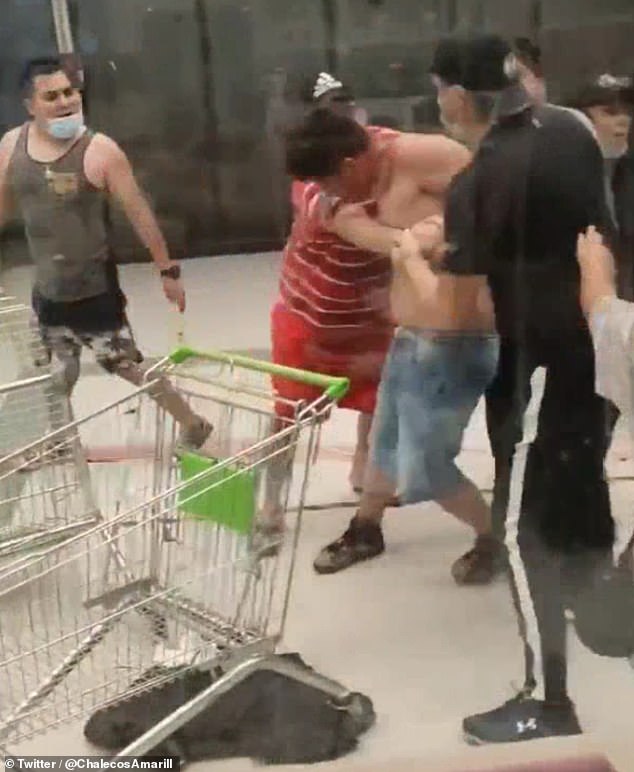 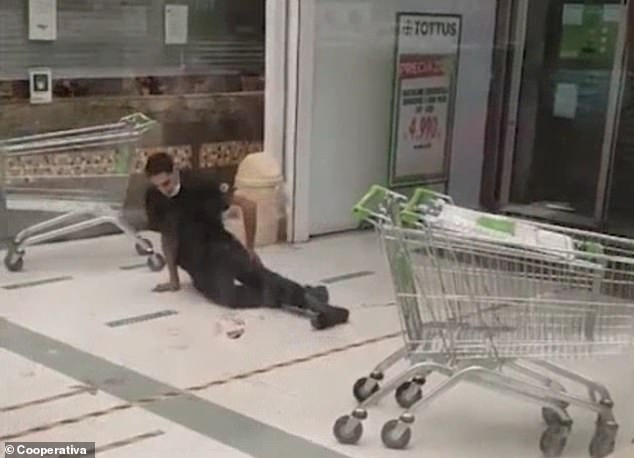 A security guard attempts to sit up after he was attacked and stabbed by a suspected 16-year-old shoplifter at a supermarket in Chile on Sunday. His injuries are not life-threatening

Meanwhile in the background, a security guard drags one of the injured guards behind a trail of blood.

The alleged knife-wielding shoplifter then knocks the security guard to the ground and repeatedly stabs him.

Moments later, two workers and shoppers along with a guard surround the teenager and were able to subdue him and wrestle a large knife away from him. 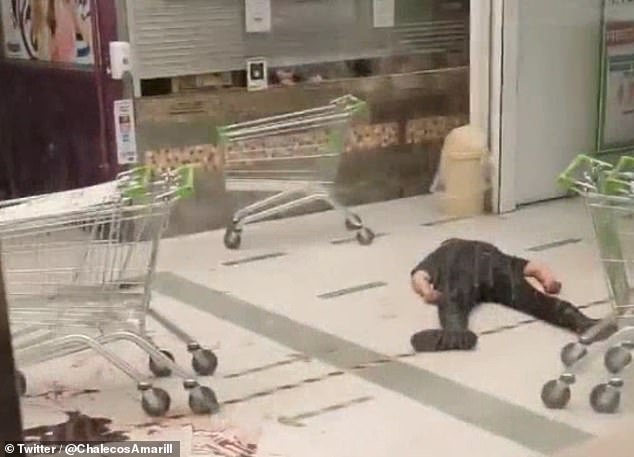 One of the two security guards lies on his back after he was stabbed by an alleged shoplifter at a supermarket in Chile on Sunday. The guard survived the attack and is currently recuperating at a hospital 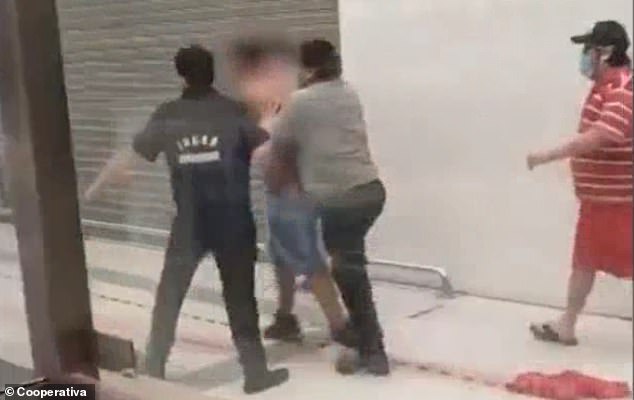 The two security guards were rushed to a medical facility and were treated for their wounds.

The supermarket said the security guards’ injuries were not considered life-threatening. Authorities have also been going over surveillance footage in hopes of identifying and arresting the other suspects who were busted for stealing from the supermarket.

Chilean newspaper Cooperativa reported that the teen appeared before a judge Monday. Prosecutors are considering whether to charge him with assault or attempted homicide.