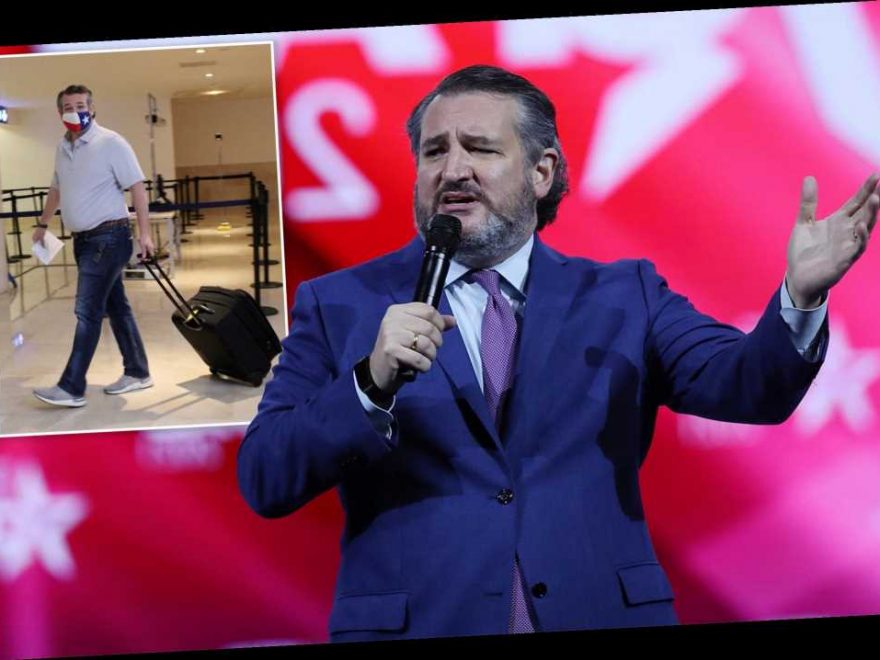 Heidi and seek: Ted Cruz’s wife wants to know who leaked those texts

Sen. Ted Cruz joked about his trip to Cancun amid a crisis-level storm in Texas last week, which brought frigid temperatures, widespread power outages and burst pipes that flooded homes.

Speaking Friday morning at this year’s Conservative Political Action Conference, Cruz (R-Texas) made the remarks while kicking off his speech.

The remark was met with laughs and gasps from the crowd.

The event, which was moved from Washington DC to Orlando, Fla., due to coronavirus restrictions, kicked off Friday morning with remarks from Florida Gov. Ron DeSantis.

Cruz has been doing damage control following the scandal, which erupted after he was caught flying to the Mexican resort city with his wife and two daughters, ages 10 and 12, days after Texas was crippled by a once-in-a-lifetime winter storm.

He was forced to cut his trip short, flying back home the very next day, and issue a mea culpa.

Cruz came under intense scrutiny over the optics of the mini-vacation — and for leaving the family pooch, Snowflake, home alone with no power or heat.

“Apparently, I fed Snowflake to the wolves,” Cruz said, brushing off the backlash. “He was home with a dog sitter. The heat was kind of back on. The whole thing is a bit absurd.”

He also has said that his wife, Heidi, was “pissed” that texts showing her inviting neighborhood pals on the family’s trip had been leaked to the media.