Married teacher, 44, who admitted having sex with a teenage pupil at his home while his wife was at work is banned from the classroom for life

A teacher who admitted having sex with a teenage pupil has been banned from the classroom for life.

Andrew Simms, 44, brought the 16 year old girl to his home when his wife was at work to have sex.

The teacher and father-of-two taught engineering at the CTC Kingshurst College from 2014 where he became head of department.

In January 2018 Pupil A told another teacher that she and another pupil had received inappropriate messages from Simms and that she was aware that Pupil B had been having sex with him.

A Teaching Regulation Agency disciplinary panel heard that Pupil B was picked up by Simms who drove her to his home where they drank tea before going upstairs where they kissed and had full sex while his wife worked at night. 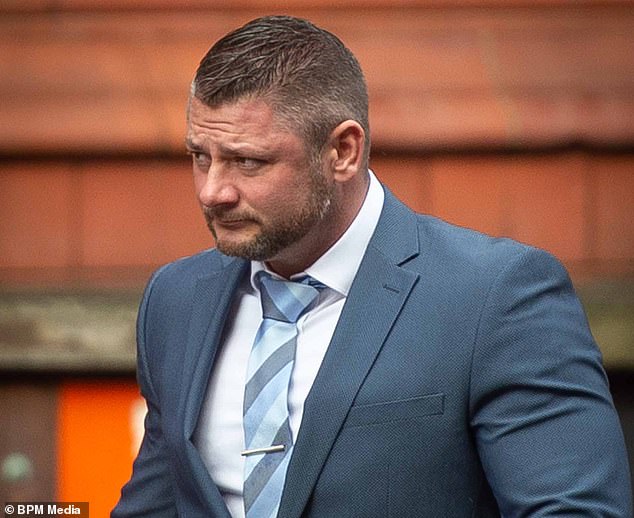 Andrew Simms, 44, has been banned from a classroom for life after having sex with one of his 16-year-old students at his house

The TRA panel was told the relationship continued and would often go to his house for sex, and he bought her outfits to wear.

But after she went to a new college she started feeling guilty about the sex because Simms was married with a family and she had become interested in a boy.

Simms admitted that there had been an inappropriate consensual sexual relationship when she was 16.

The panel also found that he made comments to a girl, Pupil A, calling her ‘gorgeous’ and also saying: ‘It’s good job we wont be in the same place because I wont be able to control myself around you.’

He also asked her if she was wearing a bra after she said she was hot and he told her to take off her jumper but she replied she couldn’t as ‘she had nothing on underneath’.

In written representations Simms said: ‘The TRA has to accept that they are dealing with teenage girls…There is a high likelihood of the risk of exaggeration and attention seeking.’ 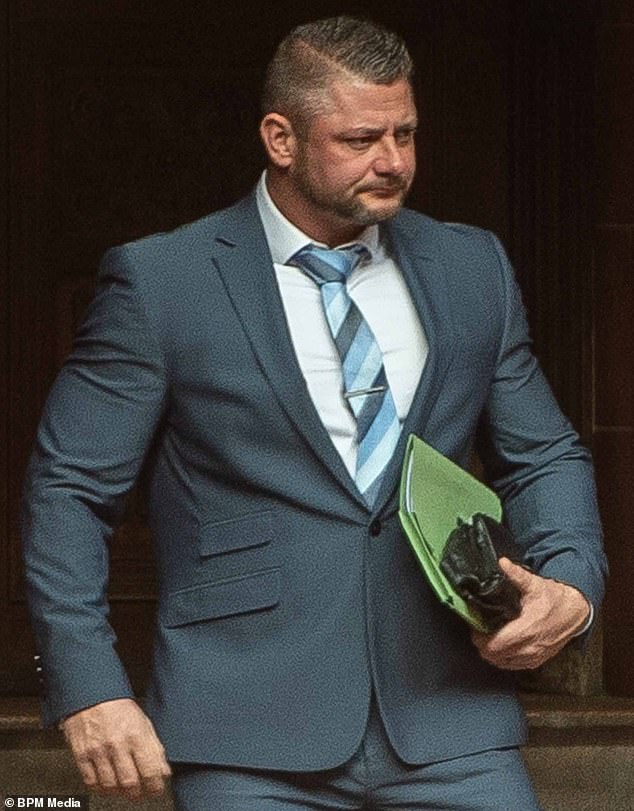 The panel did not agree with that view, noting Simms’ repetitive conduct with more than one pupil and lack of remorse, banning him from teaching for life.

She added: ‘In view of the seriousness of the allegations found proved against him, I have decided that Mr Simms shall not be entitled to apply for restoration of his eligibility to teach.’

Criminal charges were brought against Simms when it was alleged he had sex with the pupil when she was only 15-years-old.

He initially denied having sex with the pupil but when police examined a pink suspender belt the girl had turned over it was found to have his DNA on it.

David Swinnerton the prosecutor at Birmingham Crown Court said: ‘He said she had sent him a picture of herself in her underwear and felt trapped by her. He then stupidly exchanged other messages.’

He ultimately admitted to the sexual relationship but maintained it did not begin until after she turned 16.

Simms was found not guilty of these charges by a jury at Birmingham Crown Court because they accepted the relationship began after she turned 16-years-old.