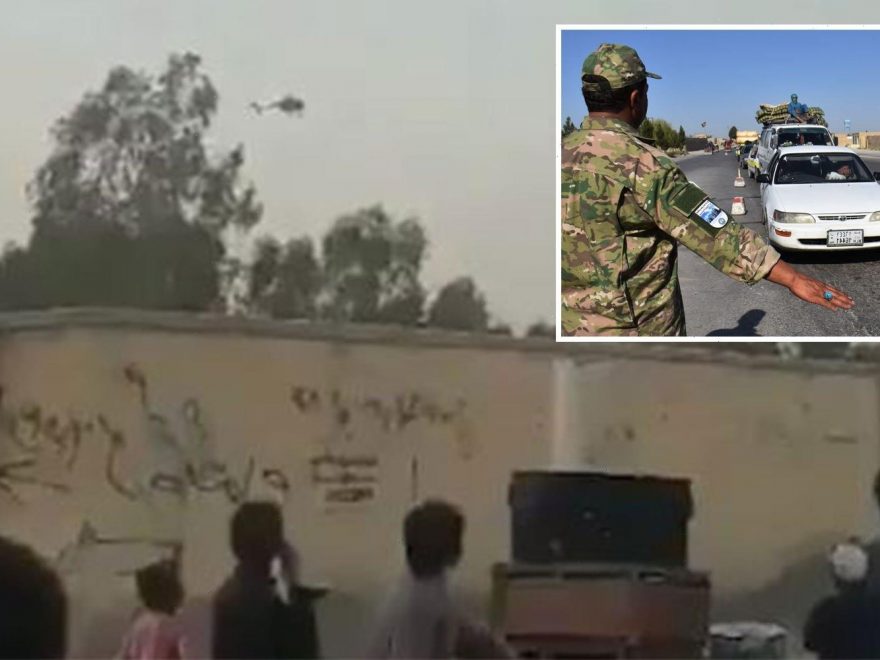 THE Taliban have claimed they shot down an Afghan military helicopter before slaughtering troops at a checkpoint in its latest terror rampage.

Taliban spokesman Zabihullah Mujahid said the chopper was taken down in the centre of Nad Ali district in Helmand province with a "large number" of soldiers killed. 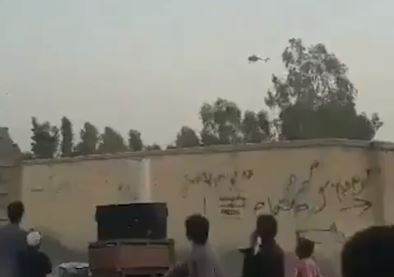 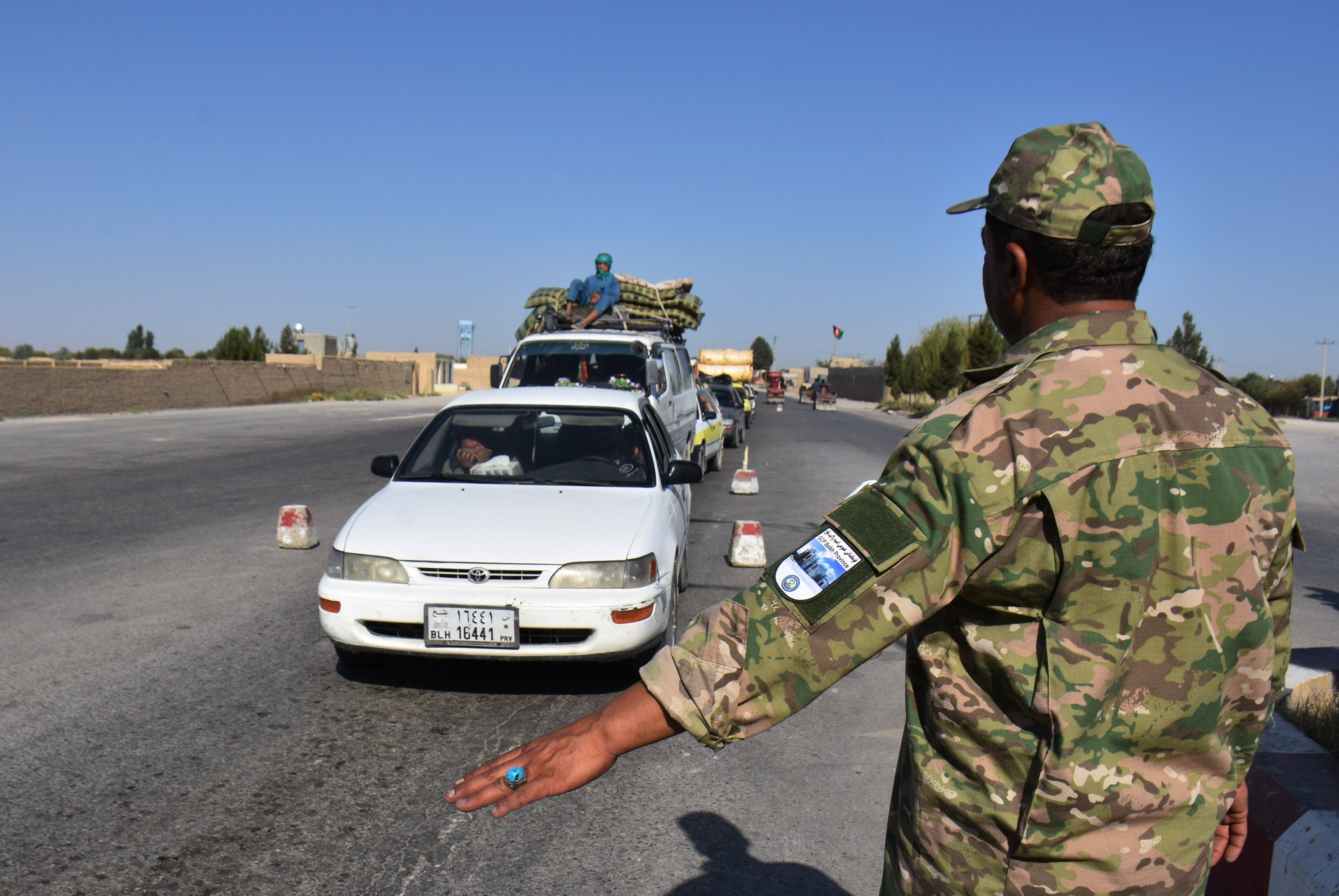 Video footage shared on social media showed crowds of people gathering to watch as a helicopter makes a sudden descent from the sky, before several men are seen running to the site of the "crash".

"An enemy military helicopter was shot down by the Mujahideen near the center of Nad Ali district in Helmand province," Mujahid claimed in a tweet on Tuesday.

"The centre of Nad Ali district and its police chief were also captured.

And military sources told Pajhwok Afghan News the helicopter made an emergency landing for "technical reasons" following an operation against the Taliban.

The two pilots in the helicopter were not hurt and they were rescued by ground forces, the military said.

It comes after the Taliban claimed four Afghan soldiers were slaughtered at a checkpoint near the Hairatan port in Balkh province – home to more than $1.4 billion in annual trade – on Wednesday.

"Four soldiers were killed and five others were arrested alive," Mujahid said.

Acting Defense Minister Bismillah Mohammadi has reviewed the security situation at the port and "issued necessary instructions to the relevant security officials to further strengthen the security".

Taliban forces have surged in recent weeks, capturing dozens of districts and key border regions from the faltering Afghan security forces and military.

The Taliban launched its offensive across the country as the final US troops prepare to leave next month, seizing more than ten provincial capitals as it has advanced.

Refugees have been fleeing to borders to escape as the brutal terror group sweeps across the country.

And dozens of civilians have been dragged from their homes and executed as the terror group continues to rampage through Kandahar.

Nazar Mohammad, a popular comedian, was among those killed as tens of thousands of refugees flee Afghanistan’s second city, it has been reported.

Taliban militants are said to be going from house to house on the outskirts of Kandahar looking for government workers.

Shocking pictures have emerged of the entertainer, who had worked as a policeman in the Shah Wali Kot district, first backed up against a tree and then lying on the ground with his throat cut.

The Taliban has denied being involved in his murder but his family have accused the terrorist group.

Locals estimate around 100 people have been killed in the past two weeks with another 300 missing.

Officials estimate more than 150,000 civilians have been displaced in southern Kandahar – the birthplace of the Taliban in the 1990s.

And chilling ISIS-style "graduation" photos showing Taliban fighters posing in what is believed to be stolen US military gear have also emerged.

The pics show the 313 Badri Battalion – al Qaeda's military arm in Pakistan with members including the Taliban and allied jihadist groups – honouring their "newly graduated units".

Masked soldiers dressed in full military get-up and armed with assault rifles lined up in the structured snaps.

They also pose on their knees while brandishing their guns, as well as proudly waving the Taliban flag.

The images echo those previously released by ISIS showing newly graduated jihadis waving the black and white ISIS banner during a parade.

While the US has committed to pulling its troops out it has launched a series of airstrikes but officials say there is "no change of policy".

US Defence Secretary Lloyd Austin said Afghan forces must regroup and defend key points as a way to stop the Taliban advancing before trying to reclaim lost territory. 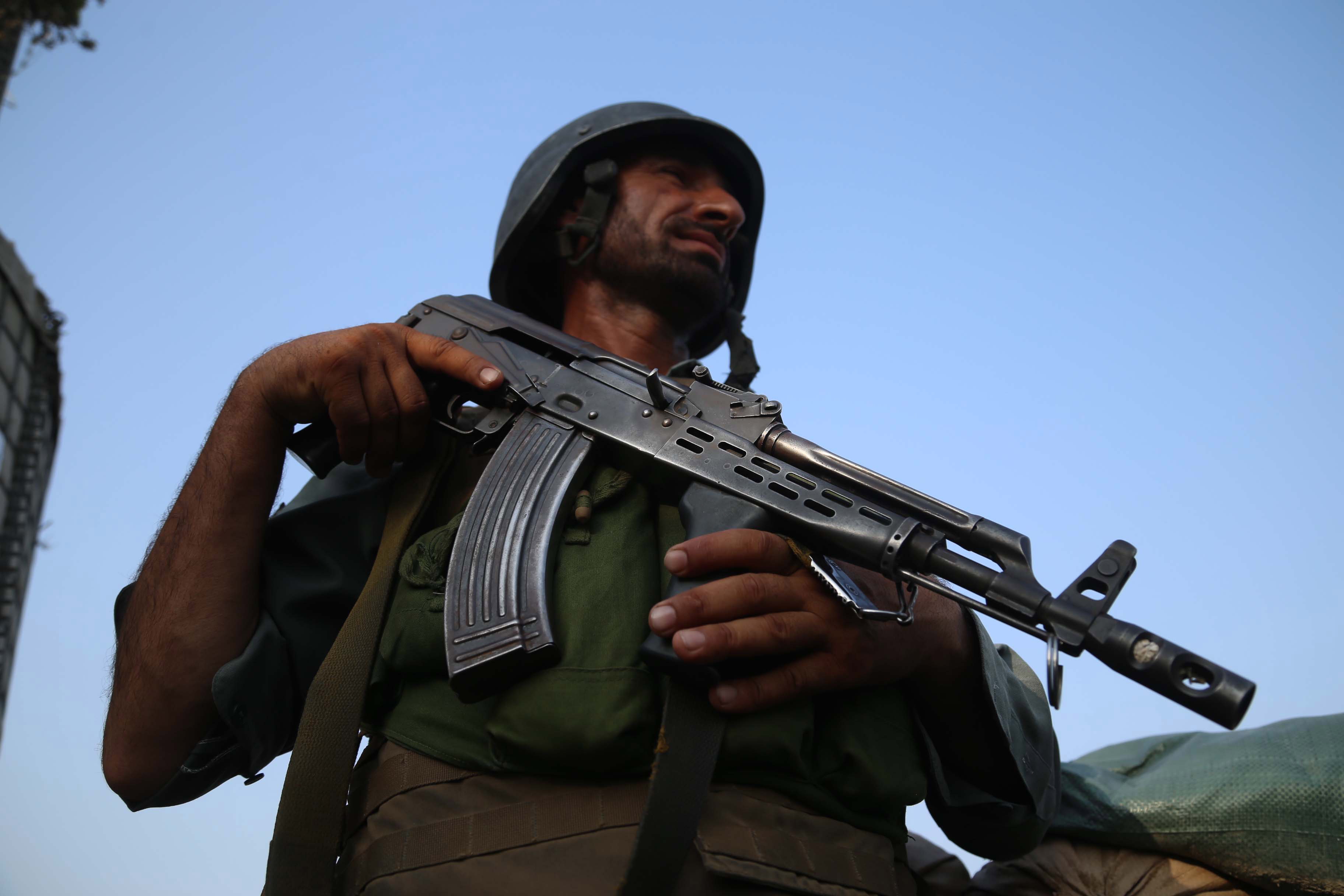 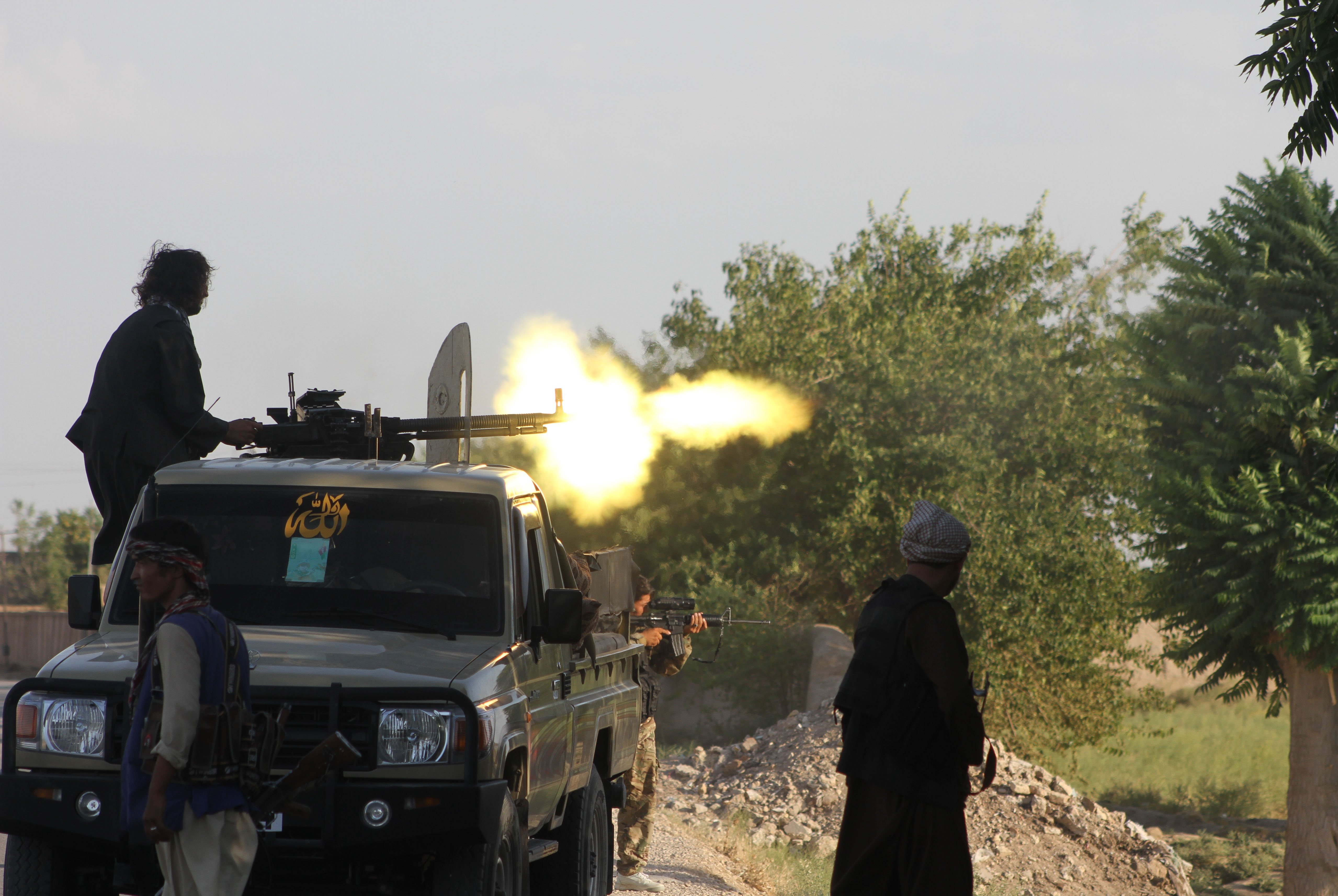 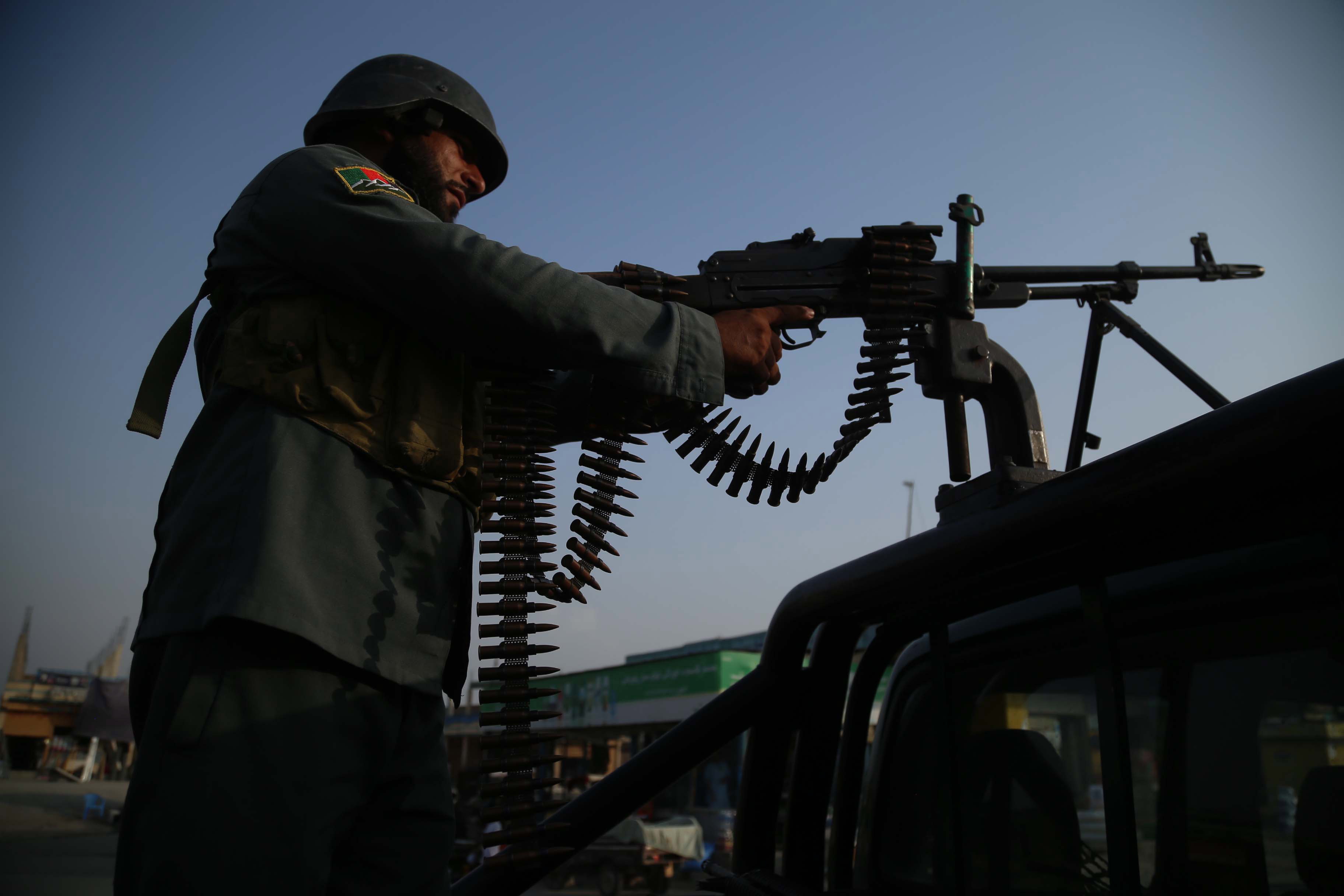