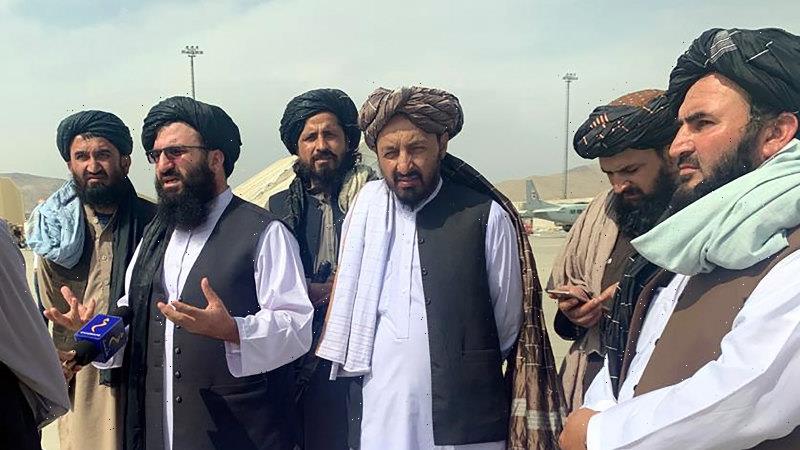 London: The Taliban has surrounded the only remaining province resisting its rule, a senior leader said on Wednesday, calling on rebels to negotiate a settlement with the group.

Since the fall of Kabul on August 15, mountainous Panjshir has been the only province to hold out against the Islamist group, although there has also been fighting in neighbouring Baghlan province between Taliban and local militia forces. 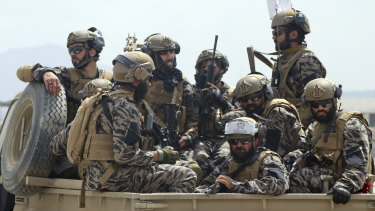 Under the leadership of Ahmad Massoud, son of a former Mujahideen commander, several thousand members of local militias and remnants of army and special forces units have been holding out against the Taliban.

In a recorded speech addressed to Afghans in Panjshir, senior Taliban leader Amir Khan Motaqi called on the rebels to put down their weapons.

“The Islamic Emirate of Afghanistan is home for all Afghans,” he said.

The Taliban have declared an amnesty for all Afghans who worked with foreign forces during the past two decades but crowds fearing reprisals have continued to flock to the borders in an attempt to flee the land-locked country. 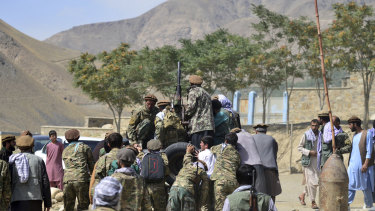 Militiamen loyal to Ahmad Massoud, son of the late Ahmad Shah Massoud, push a vehicle during a training exercise, in Panjshir province.Credit:AP

Motaqi said the Taliban had made many efforts to negotiate with leaders of the opposition forces in Panjshir, “but unfortunately, unfortunately, without any result”.

Taliban forces are making preparations around the four sides of the Panjshir valley and there is no reason to fight, Motaqi said, adding that the anti-Taliban forces should keep in mind that it had not been possible to defeat the Taliban even with the support of NATO and US forces.

“But we are still trying to ensure that there is no war and that the issue in Panjshir is resolved calmly and peacefully,” Motaqi said.

The remarks came after at least seven Taliban fighters were killed during an attempt to advance into the valley, according to two resistance leaders.

Italian aid group Emergency said four dead and five wounded had been delivered to its trauma hospital in Kabul from the fighting around the Gulbahar area at the entrance to Panjshir.

A spokesman for the National Resistance Front of Afghanistan, which groups the forces in the Panjshir valley, said on Wednesday Taliban forces had launched an offensive two days ago, and had been attacking in three or four different areas but had so far been pushed back.

Separately, US Army General Mark Milley, chairman of the Joint Chiefs of Staff, said it’s “possible” that the US will have to coordinate with the Taliban on any future counterterrorism strikes in Afghanistan against Islamic State militants or others.

The Taliban, said Milley, is a “ruthless” group, and “whether or not they change remains to be seen.” He added, “In war you do what you must in order to reduce risk to mission and force, not what you necessarily want to do.”

Speaking two days after the final US troops left Afghanistan at the close of a turbulent and deadly evacuation of more than 124,000 American citizens, Afghans and others, Milley and Defence Secretary Lloyd Austin told Pentagon reporters that it’s hard to predict the future of the Taliban in Afghanistan.

“I would not make any leaps of logic to broader issues,” said Austin.

The United States is also looking at all possible options and routes to continue helping Americans and legal permanent residents leave Afghanistan, US Undersecretary of State Victoria Nuland told a news briefing on Wednesday. 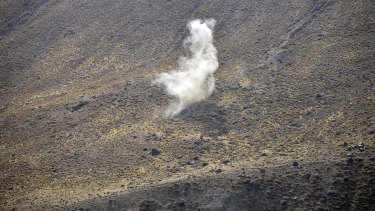 Nuland also said the United States would continue to have conversations with the Taliban that serve US interests as well as those of US allies.

“So they’ve got a lot to prove based on their own track record … now they also have a lot to gain, if they can run Afghanistan, far, far differently than they did the last time they were in power.”