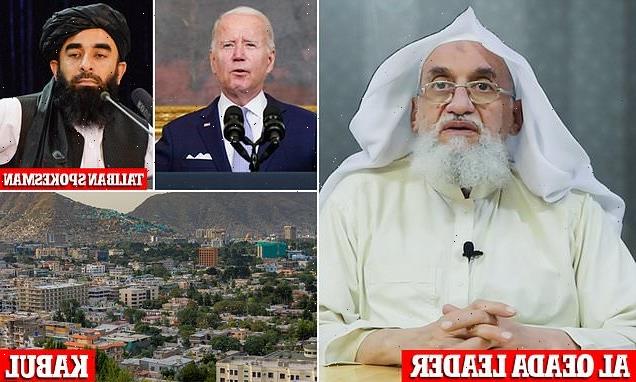 The Taliban has condemned the US air strike that killed the leader of terrorist group Al Qaeda for ‘violating international principles.’

Ayman al-Zawahiri, who took over as leader of Al Qaeda after founder Osama bin Laden’s death, was killed in a drone strike in Kabul on Sunday. The attack was carried out by the CIA.

Taliban spokesman Zabihullah Mujahid said their government ‘strongly condemns this attack on whatever the pretext’ and claimed it violated the Doha agreement.

Donald Trump’s administration signed the Doha peace deal with the Taliban in February 2020 which secured the withdrawal of all NATO troops from Afghanistan.

The Islamic Emirate of Afghanistan, the official name of the Taliban government, had also pledged to prevent Al Qaeda from operating in areas under its control.

However, UN security intelligence experts revealed in June that Al Qaeda was enjoying a ‘safe haven’ in Afghanistan under the Taliban and warned the country could become a base for international terrorist attacks once again. 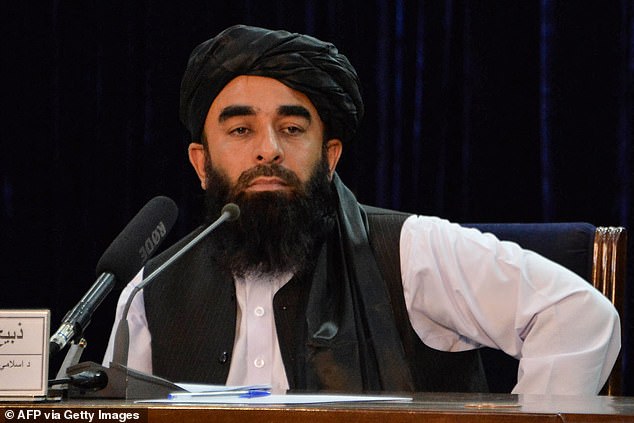 Mujahid denounced the air strike Monday, calling it a ‘blatant violation of international principles and the Doha agreement.’

‘The Islamic Emirate of Afghanistan strongly condemns this attack on whatever the pretext,’ he said in a statement obtained by VOA News.

US officials, speaking on the condition of anonymity, confirmed the attack was carried out by CIA operatives.

‘Over the weekend, the United States conducted a counterterrorism operation against a significant Al Qaeda target in Afghanistan,’ a senior administration official said. ‘The operation was successful and there were no civilian casualties.’

Several sources have named Zawahiri as the target, however it was not immediately clear how the US, which does not have troops on the ground in Afghanistan, confirmed the leader had been killed.

The White House, without naming any individual, confirmed President Joe Biden would  deliver remarks on Monday at 7.30pm on what officials described as a ‘successful counter-terrorism operation.’ 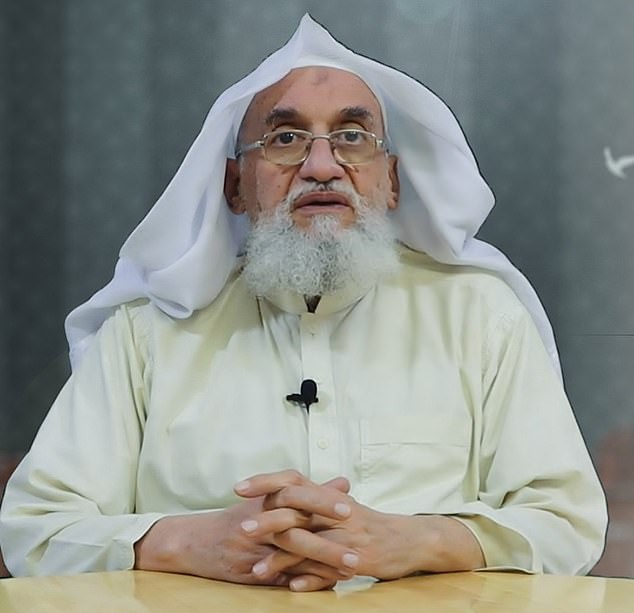 Ayman al-Zawahiri (pictured in February 2022), who took over as leader of Al Qaeda after founder Osama bin Laden’s death, was killed in a drone strike in Kabul on Sunday. The attack was carried out by the CIA 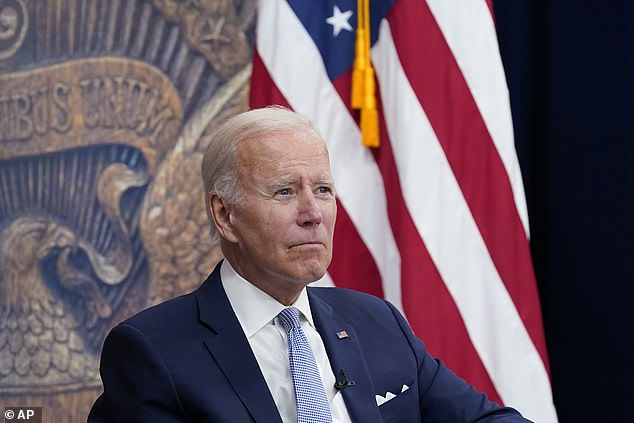 The White House, without naming any individual, confirmed President Joe Biden (pictured Thursday) would deliver remarks on Monday at 7.30pm on what officials described as a ‘successful counter-terrorism operation’

Bill Roggio, military commentator and managing editor of The Long War Journal, told DailyMail.com Biden will tout Zawahiri’s death as a victory but warned there is more concern the Taliban is again harboring Al Qaeda.

‘The message tonight is going to be that this was a huge counter-terrorism success. But really this means that Al Qaeda is in Afghanistan and never left.’ Roggio said.

‘The big lie the Biden Administration told us to get out of Afghanistan was that Al Qaeda was gone.

‘It is likely the US got Zawahiri because was over confident and operating in Kabul. He wasn’t hiding out in the mountains. We’re hearing that he was being sheltered by a top Taliban deputy.

‘The Biden Administration is going to tout this as some victory of their ‘over-the-horizon’ capabilities, but that’s the spin,’ he concluded.

Roggio served as a  signalman and infantryman in the U.S. Army and New Jersey National Guard from 1991 to 1997.

Zawahiri, an Egyptian surgeon who had a $25 million bounty on his head, helped coordinate the Sept. 11, 2001, attacks that killed nearly 3,000 people.

His death marks the biggest blow to the militant group since bin Laden was killed by US special forces in 2011. 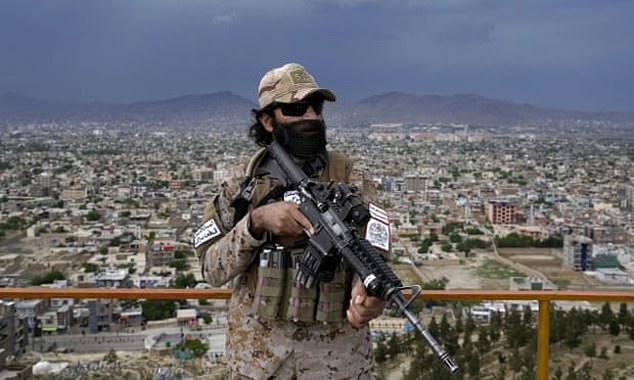 Al-Qaeda is enjoying a ‘safe haven’ in Afghanistan under the Taliban, a UN report has warned. Pictured: A Taliban special forces soldier stands guard in Kabul in April 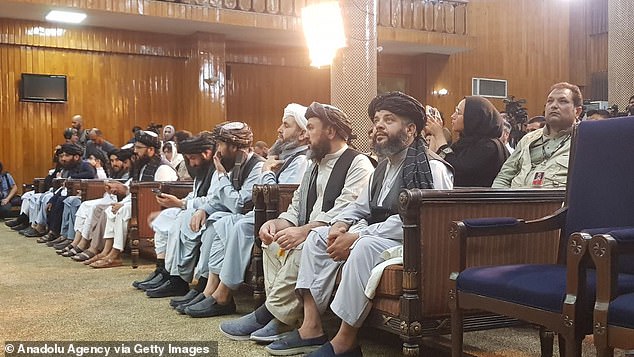 The United Nations reported in June that Afghanistan has been serving as a safe haven for Al Qaeda under the Taliban and that an undisclosed number of the group’s members were living in Kabul’s former diplomatic quarter.

Communications from Zawahiri also showed he believed ‘he may be able to lead more effectively than was possible before the Taliban takeover of Afghanistan.’

Experts earned in the intelligence report to the UN Security Council that the country could become a base for terrorist attacks, The Guardian reported.

However, they added neither IS nor Al Qaeda ‘is believed to be capable of mounting international attacks before 2023 at the earliest, regardless of their intent or of whether the Taliban acts to restrain them.’

Nonetheless, it said the presence of IS, Al Qaeda, and ‘many other terrorist groups and fighters on Afghan soil’ is raising concerns in neighboring countries and the wider international community. 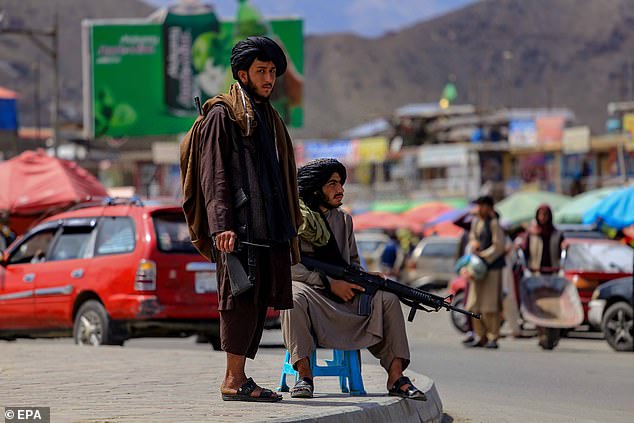 The experts said in the report to the U.N. Security Council that the country could become a base for international terrorist attacks once again (Taliban patrol in Kabul) 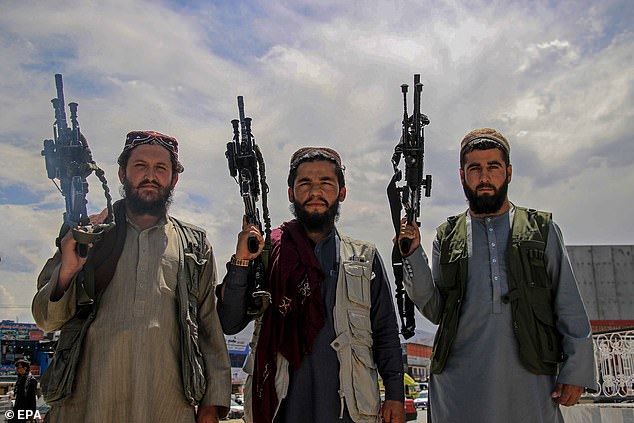 However, they added neither IS nor al-Qaeda ‘is believed to be capable of mounting international attacks before 2023 at the earliest, regardless of their intent or of whether the Taliban acts to restrain them’

There are also concerns about the Taliban’s inability to keep its promise not to allow terrorist groups to operate in Afghanistan.

The panel said the Haqqani Network, a militant Islamist group with close ties to the Taliban, moved quickly after their takeover to gain control of key portfolios and ministries including interior, intelligence, passports and migration.

It now ‘largely controls security in Afghanistan, including the security of the capital, Kabul,’ the report stated.

‘The Haqqani Network is still regarded as having the closest links to al-Qaeda,’ and the relationship between the Taliban and Al Qaeda also remains close.

The experts pointed to the reported presence of Al Qaeda’s ‘core leadership’ in eastern Afghanistan, including Zawahri.

Zawahiri’s whereabouts – variously rumored to be in Pakistan’s tribal area or inside Afghanistan – had been unknown until Sunday’s air strike. 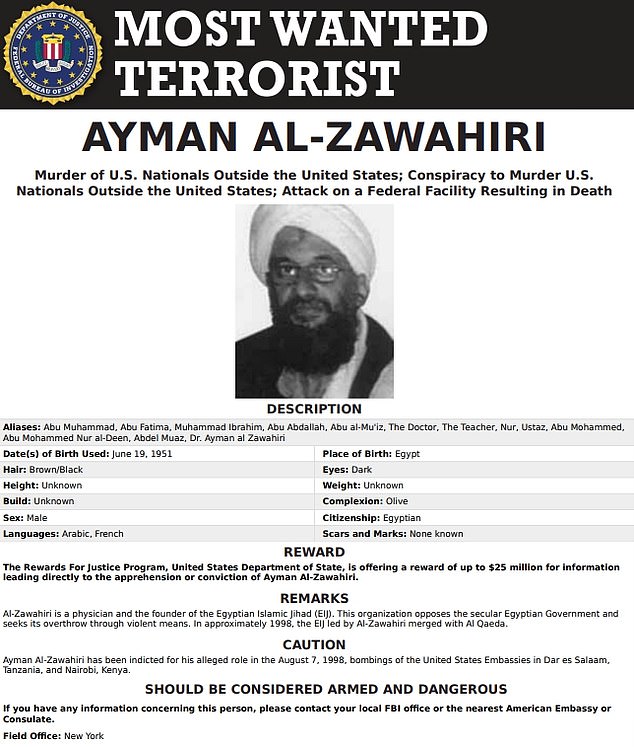 Zawahiri, an Egyptian surgeon who had a $25 million bounty on his head, helped coordinate the Sept. 11, 2001, attacks that killed nearly 3,000 people

With other senior Al Qaeda members, Zawahiri is believed to have plotted the October 12, 2000, attack on the USS Cole naval vessel in Yemen which killed 17 US sailors and injured more than 30 others, the Rewards for Justice website said.

He was indicted in the US for his role in the August 7, 1998, bombings of the American embassies in Kenya and Tanzania that killed 224 people and wounded more than 5,000 others.

Biden’s decision to kill Zawahiri is sure to be compared to the cautious stance he initially took in meetings that led to then-President Barack Obama’s order for the Pakistan raid that killed bin Laden in 2011.

Biden, who was then vice president, has acknowledged that he advised Obama to take more time. But he also told him to ‘follow your instincts’ and ultimately supported his decision to go ahead.

Obama, in his memoirs, wrote that Biden was concerned about ‘the enormous consequences of failure’ and counseled the president to ‘defer any decision until the intelligence community was more certain that bin Laden was in the compound.’