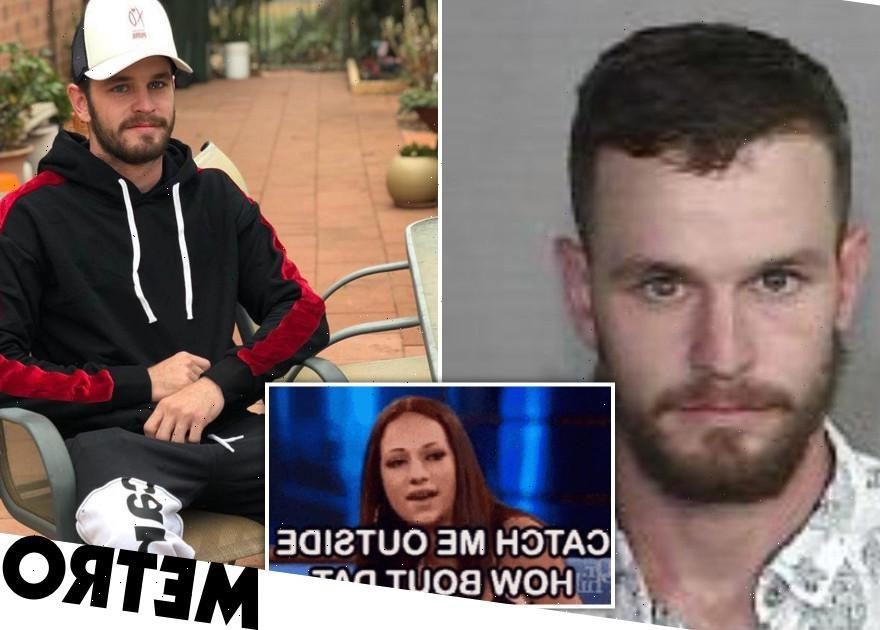 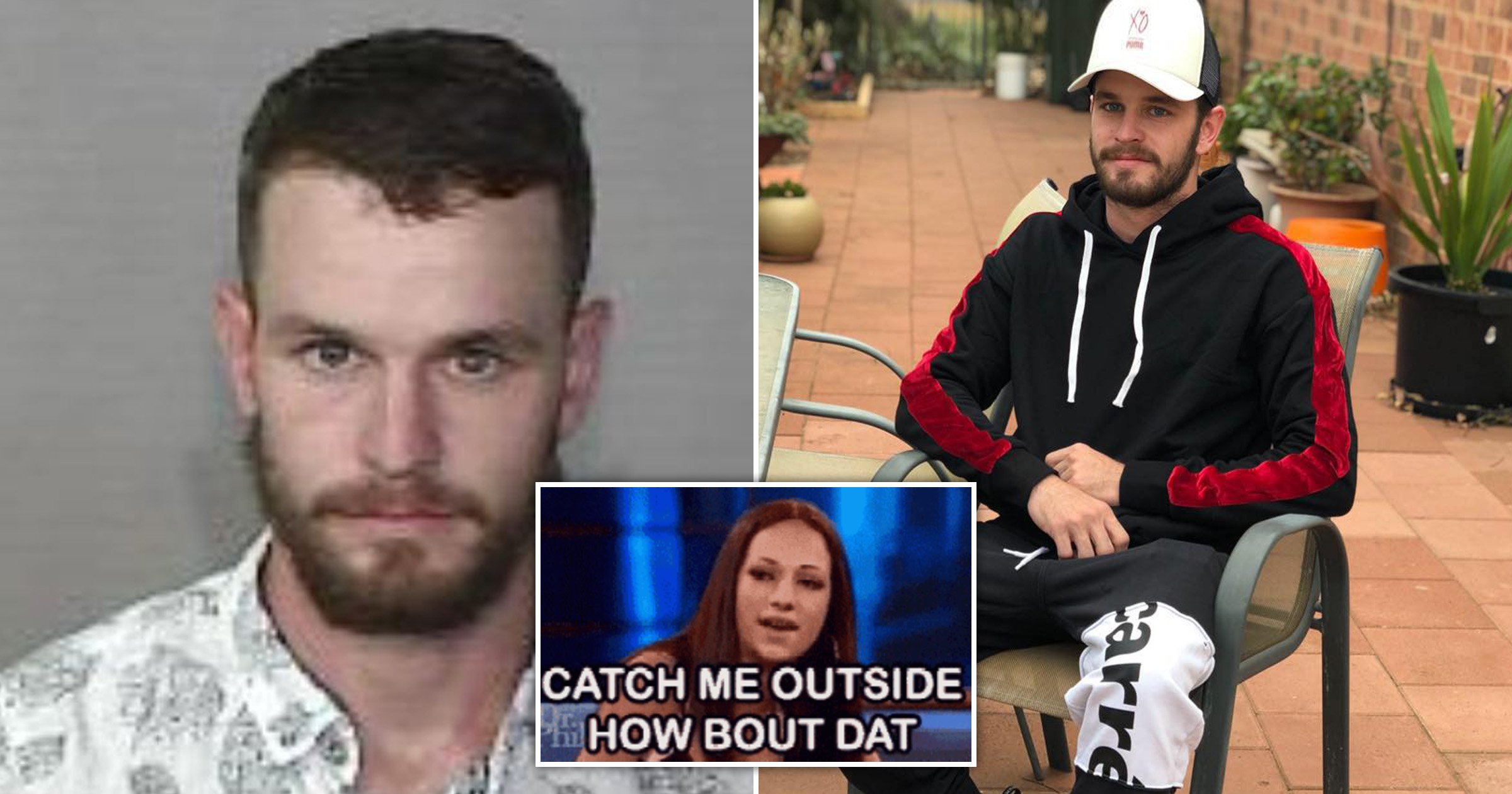 A wanted man has taunted police by posting a classic meme on the Facebook post trying to track him down.

Dallas Bradford, 24, who is at large in Australia, left the meme saying ‘Catch me outside, how bout dat’ in the comments on the post.

Hundreds of people have now reacted to it, with almost 100 comments laughing at the audacity.

One man offered to buy him a packet of cigarettes if he took a selfie in front of the police station and posted it, to which Mr Bradford replied: ‘Game on!’

There is an outstanding arrest warrant related to property damage for the suspect.

‘Police have been unsuccessful in locating him and are now seeking assistance from the community,’ officers said.

The meme he posted shows Danielle Bregoli – now better known as Bhad Bhabie – during an episode of Dr Phil, an American talk show.

She appeared on the programme with her mother to talk about her unruly behaviour, which included stealing cars.

When audience members laughed at her, she implied she would fight them away from the studio by saying ‘Cash me outside, how bout that’.