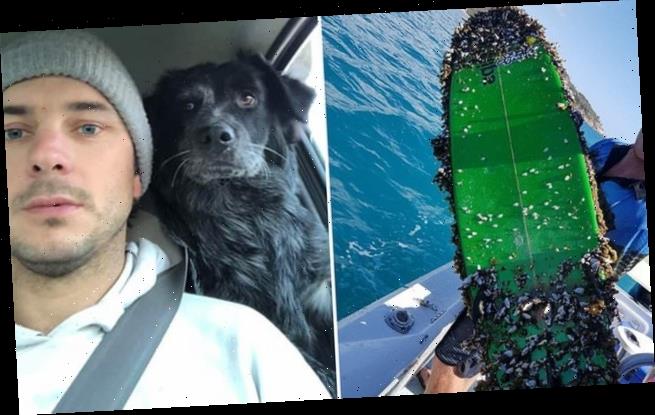 Aussie surfer who lost his board after wiping out on a 16-metre monster wave is reunited with it FOUR YEARS later as it washes ashore almost 3,000km away – with a few barnacles

A surfer who lost his board after he was wiped out on a 16m wave has been reunited with it four years later.

Danny Griffith never thought he would see his board again after he lost it at Pedra Branca, off Tasmania’s south coast, in April 2017.

Sixteen months later, fishermen Troy and Beau Breed found the board in the water near Townsville, off Queensland’s north coast, more than 3,000km away.

The board was covered in barnacles but was in good condition with the fins and foot traps still intact. 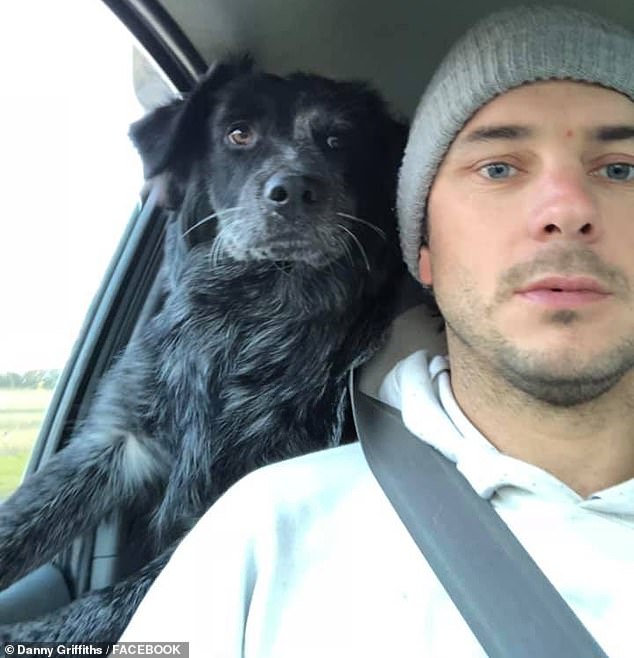 Danny Griffith never thought he would see it again after he lost the surfboard at Pedra Branca, off Tasmania’s south coast, in April 2017

The pair decided to hang the surfboard on their wall at home, where it would stay for years until Troy’s parents went on holiday to Tasmania.

They struck up a conversation with some locals at Marrawah and mentioned the green surfboard hanging on the wall of their son’s home.

Just days before, Mr Griffith had spoken with locals about the time he lost his favourite surfboard in 2017.

‘I was back at Pedra Branca for the first time in four years the other weekend and was saying how it had been my favourite board, and that I was thinking about trying to get a new one made in the same style,’ he told The Advocate. 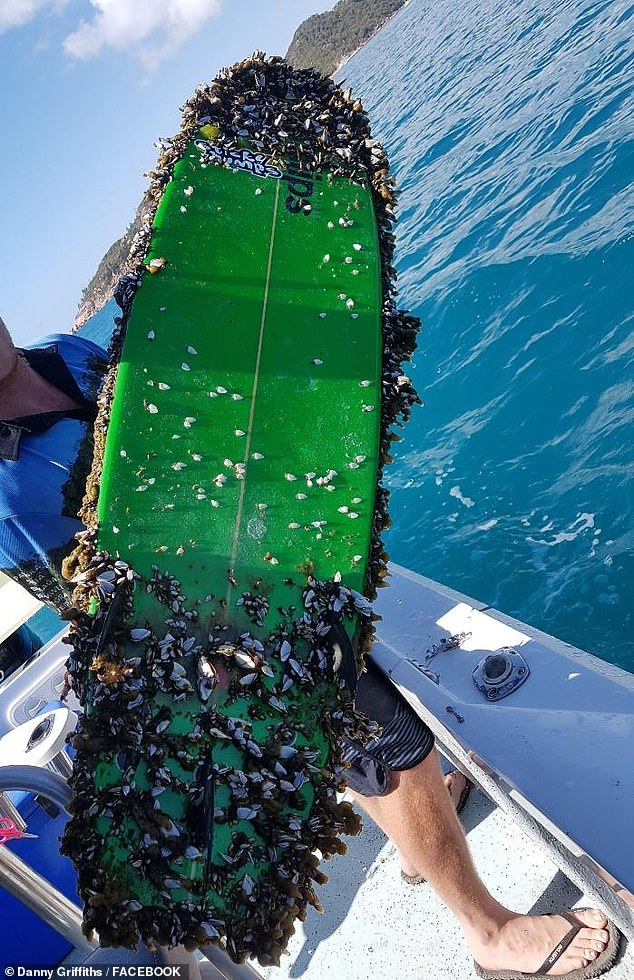 Then 16 months later, fishermen Troy and Beau Breed found the board in the water near Townsville, off Queensland’s north coast, more than 3,000 kilometres away from where it had been lost

The locals pieced together the conversations and realised Mr Griffith and Troy’s parents were talking about the same board.

‘Just a few days later I got a call from Glenn Saltmarsh saying they’d found it,’ Mr Griffith said.

The surfboard will be shipped down to Mr Griffith over the next few days.

‘It’s all a bit of a shock,’ Mr Griffith said. ‘It was my favourite big wave board.’