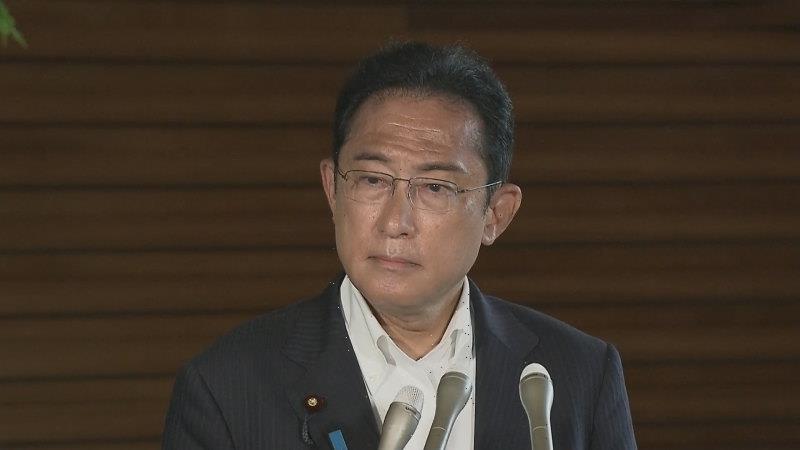 Popular support for Japanese Prime Minister Fumio Kishida has increased in the days after former prime minister Shinzo Abe was fatally shot, and their ruling Liberal Democratic Party swept to victory in an election on Sunday.

The approval rate for Kishida’s government, which has been in power since October 2021, hit a record high in a Kyodo News survey to reach 63.2 per cent. A survey released on Wednesday by the Yomiuri newspaper showed the approval rate climbed 8 percentage points to 65 per cent. 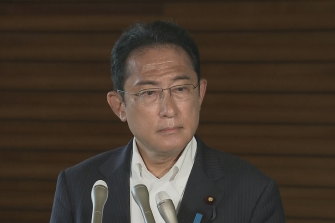 Japanese Prime Minister Fumio Kishida speaking to the media after the shooting of former PM Shinzo Abe.Credit:Courtesy of NHK

About 15 per cent of the respondents to the Kyodo survey released on Tuesday said their votes were swayed by the murder of Abe, the country’s longest-serving prime minister. While sympathy votes may have influenced results in some constituencies, the number of seats won by the LDP bloc was within the range of forecasts issued before Abe was gunned down.

About a third of the respondents in the Yomiuri poll said the shooting had a large impact on the vote.

The higher numbers could help pave the way for Kishida to pursue his own agenda of making capitalism fairer and greener, with no need to quickly change course on economic policy including central bank stimulus. It could also add momentum to calls to revise the country’s pacifist constitution, drafted after under US occupation following Japan’s defeat in World War II and unchanged since then. 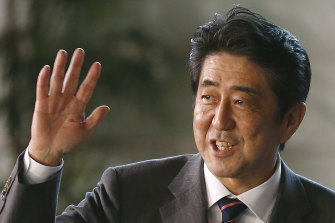 Shinzo Abe after being named Japan’s prime minister in 2012.Credit:AP

Abe was assassinated by a gunman who approached from behind as he was making an election campaign speech for the LDP outside a train station in the western city of Nara.

Kishida said after the Sunday election, which saw his ruling Liberal Democratic Party increase its share of seats in the upper house of parliament, that he would take up the issues that Abe was passionate about. That would include trying to change the constitution to clarify the legality of its military.

Abe, Kishida’s former boss, was one of the most outspoken proponents of a stronger military and of revising the constitution to add an explicit reference to the Self-Defence Forces. The idea of changing the document remains divisive among voters.

Kishida also said he wanted to respond swiftly to soaring prices by drawing on 5.5 trillion yen ($59 billion) of reserves already put aside from existing budgets. If it becomes clear that more help for the economy is needed, then he’d have another stimulus package put together with an additional budget, he said.