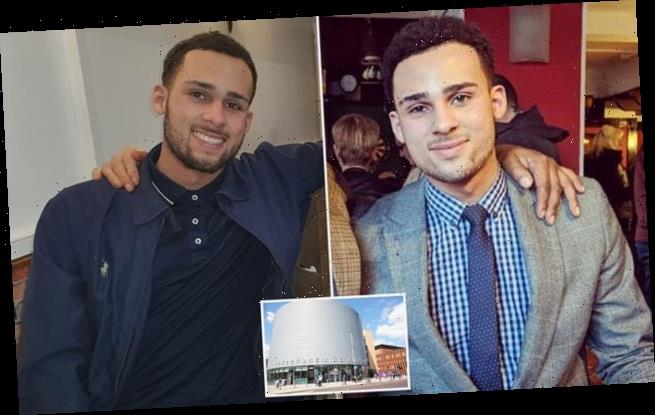 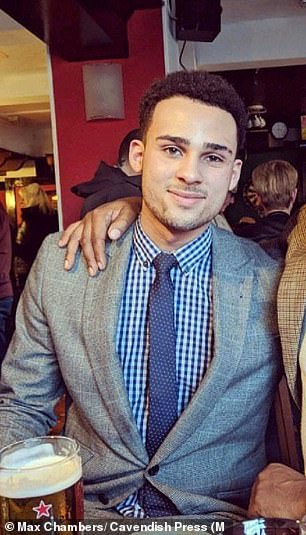 Max Chambers, then 19, (pictured) ran a drugs racket on a university campus after he became hooked on ketamine and anti-anxiety pills

An architect’s son who went to a  £13,500-a-year private school ran a drugs racket on a university campus after he became hooked on ketamine and anti-anxiety pills.

Max Chambers, then 19, peddled cannabis and ketamine to fellow Manchester University students after incurring £1,500 in debts due to his own addiction to Xanax and Valium.

The second year philosophy and politics student – who had been smoking cannabis since he was 13 – was caught after he accidentally sent texts to his welfare officer offering narcotics for sale from his college digs.

Police later raided the house in Fallowfield and found a large cocktail of drugs including ketamine, Alprazolam and Viagra-type tablets under his desk.

Some of the drugs were concealed inside an Apple MacBook box in his bedroom.

Officers also found scales for weighing the drugs plus an iPhone suspected to have been used to offer the narcotics for sale.

Two other students were arrested in the bust.

Chambers’ architect father was also at the house at the time but was not detained as it is believed he was just visiting.

Police tried to access messages on the iPhone but Chambers – a former pupil of the £13,485 per year St George’s School in Harpenden, Hertfordshire – refused to divulge his PIN.

At Minshull Street Crown Court, Manchester, Chambers, now 21, admitted offering to supply drugs and possession with intent to supply and was handed 12 months in jail suspended for 18 months.

The investigation began in October 2018 after Mark Hibbert a Residential Life Co-Ordinator at the university began receiving texts on a phone dedicated to fielding calls 24/7 from students. 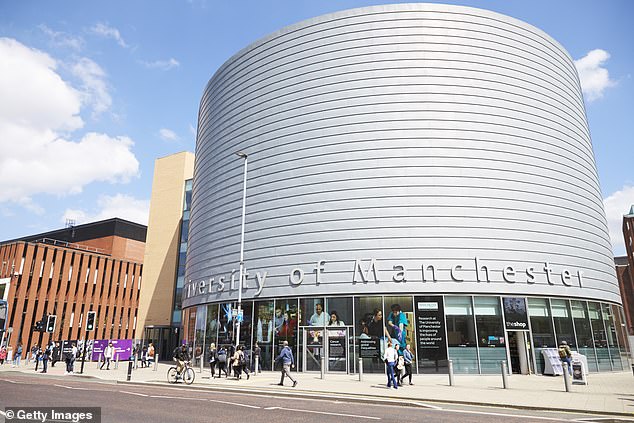 Chambers, then 19, peddled cannabis and ketamine to fellow Manchester University (pictured) students after incurring £1,500 in debts due to his own addiction to Xanax and Valium

‘However, he became far more concerned when the same number sent similar texts over the ensuing weeks saying that drugs were for sale.

‘Mr Hibbert contacted the police, who undertook research and found a call was made from that number to police by the defendant in 2017.

‘In March 2019 a search warrant was executed and Mr Chambers was seen to throw a small black pot containing ketamine out of the ground floor front bedroom window.

‘He was then spoken to by the officers and asked whether there were any drugs in the bedroom.

‘Consequently, the defendant pointed out the drugs in that property.

‘A cocktail of drugs was found in an Apple MacBook box in the bedroom, which was seized.

‘There was a clear plastic bag containing white pills, which were found to be Xanax, there were also four other tablets, another bag of tablets.

‘By the bedside table, there was a white tub containing cannabis.

‘Under the desk, there was a set of electronic scales for the provision of metering out defined volumes of drugs.

‘There was also a brown-coloured box on the table containing white powder, which was cocaine. It was accepted that this was for personal use.

‘Two other people were arrested, but his father who was also in the property, was not.

‘An Apple iPhone was also seized but the defendant wouldn’t give his pin number and it was deemed to be too expensive and time consuming to crack the phone.

‘A detailed examination was carried out on all the drugs and there was a cocktail of various Class B and Class C drugs namely: 47 grams of ketamine – which was thrown out of the window – 11.9 grams of ketamine under the desk, 146 alprazolam tablets in a bag in the MacBook Air box. and 3.99 grams of cannabis for personal use.

‘There was a tub of white powder which contained 510 grams of a non-controlled substance, which seemed to be a cutting agent.

‘There was a mobile scales found under the desk, which was found to have traces of ketamine in and there was 180 tablets of Viagra-type tablets.’ 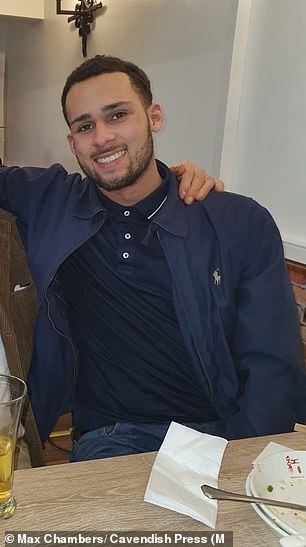 The court heard Chambers, who has since left the university, has now got himself clean and is running a successful fruit and vegetable business.

Defence counsel Max Saffman said: ‘There has been a significant change in Mr Chambers life.

‘He is expected to graduate in this year, but he needs to submit his dissertation in April first.

He told him: ‘On any view you’re not a very sophisticated or intelligent drugs dealer and you are assessed as presenting a low risk of both re-conviction and harm.

‘You have been a cannabis user since the age of 13 and your drug use escalated in 2017 when you attended Manchester University as a philosophy student.

‘You became addicted to ketamine, Xanax and Valium by the end of your second year and so you were dealing in 2018 into 2019 to finance your own drug dependence.

‘But since March 2019 you have changed your outlook, you have spent time away from the pressures of university life.

‘But the nature of supply in a university seems to be an aggravating factor.

‘It makes non-drug users’ life a misery and drug dealers like you tend to overlook this.’