THEY really don’t get it, do they?

Our MPs increasingly resemble those moronic Extinction Rebellion activists who looned on top of a Tube train in London’s rush hour. 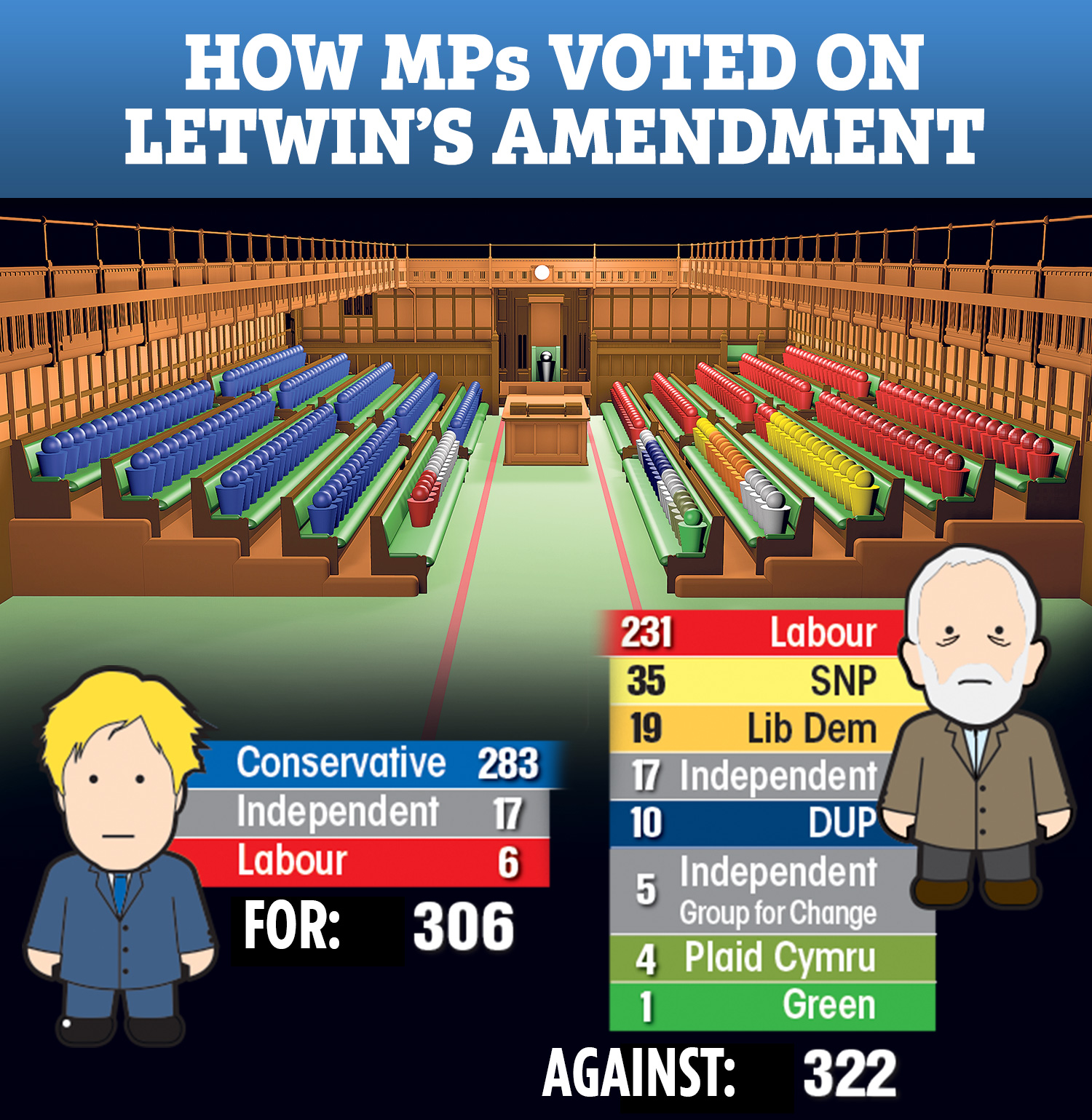 See them cavort and preen! See them faff and fart about!

See the witless prats kick the Brexit can down the road one more time!

Like commuters prevented from going to work, out in the real world millions glare up at their stupid, self-indulgent antics, wanting nothing more than to get on with our lives.

And still these democratically-elected dullards vote for more dithering, delay and unimaginable damage to our economy.

All that stuff about simply wanting to prevent No Deal?

Lies, lies and more lies. They lie to us all the time. One day there will be a mighty reckoning for all their mealy-mouthed lies. But not on Saturday.

Saturday was the chance for MPs to get down from the roof of the stalled Tube train that is Brexit.

Saturday was the day to put the country out of its misery.

Saturday was a chance to end the national paralysis.

Here at long last, shining like a heavenly light, was an exit door out of purgatory. Finally, after all these wretched years, there was an opportunity to get Brexit done.

And the House of Commons blew it. Once more, they placed Parliament above the people. We will never forgive or forget this treachery.

They had a chance to end the divisions that have divided friends, colleagues and family.

To stop our country stumbling like a drooling zombie and to start walking tall and strong as an open, optimistic free-trading global nation.

And oh yes — a chance to honour the result of a referendum that produced the largest vote for anything ever in the oldest democracy in the world.

And they voted for more faffing about. More paralysis. More zombie. How dare they? 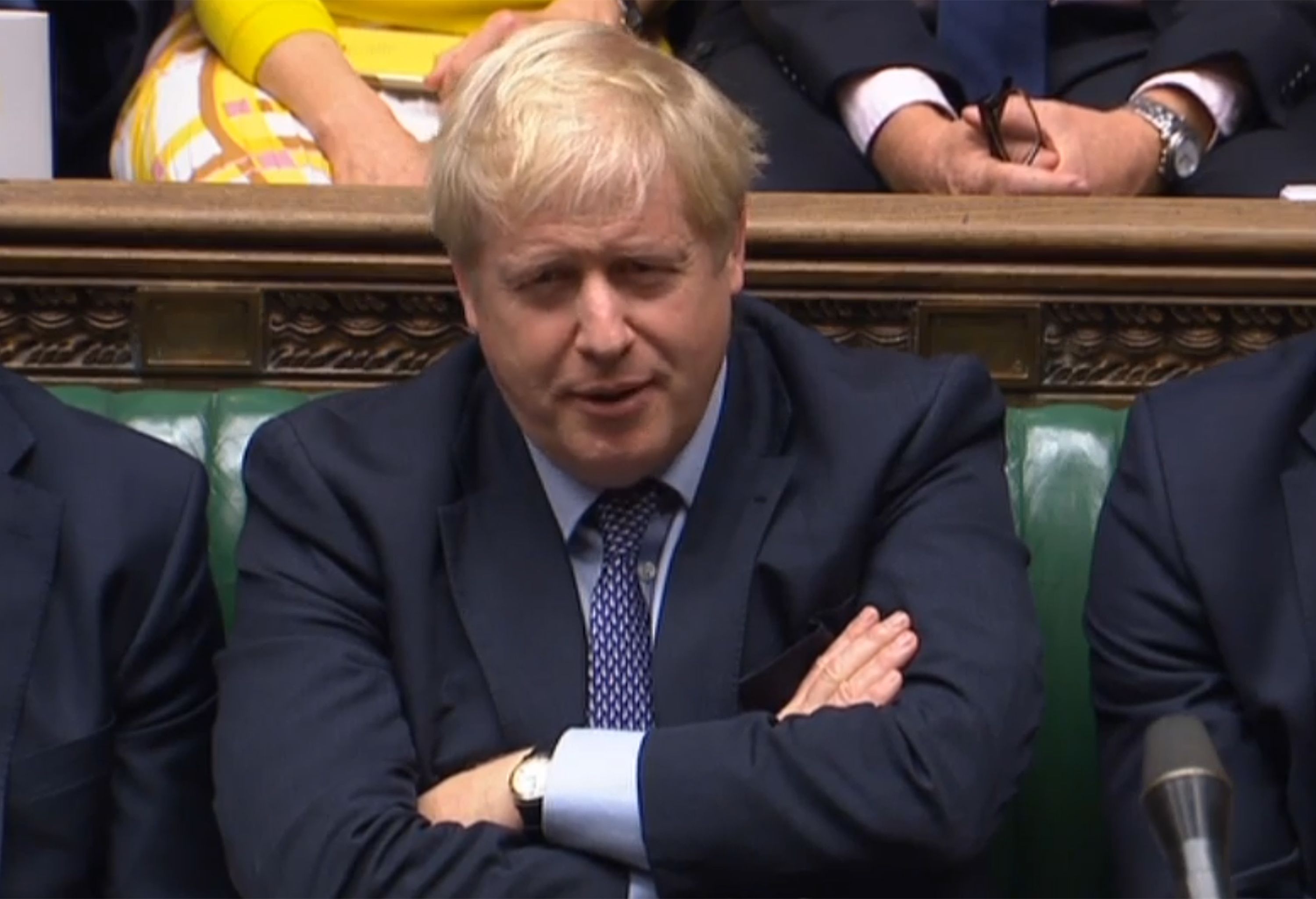 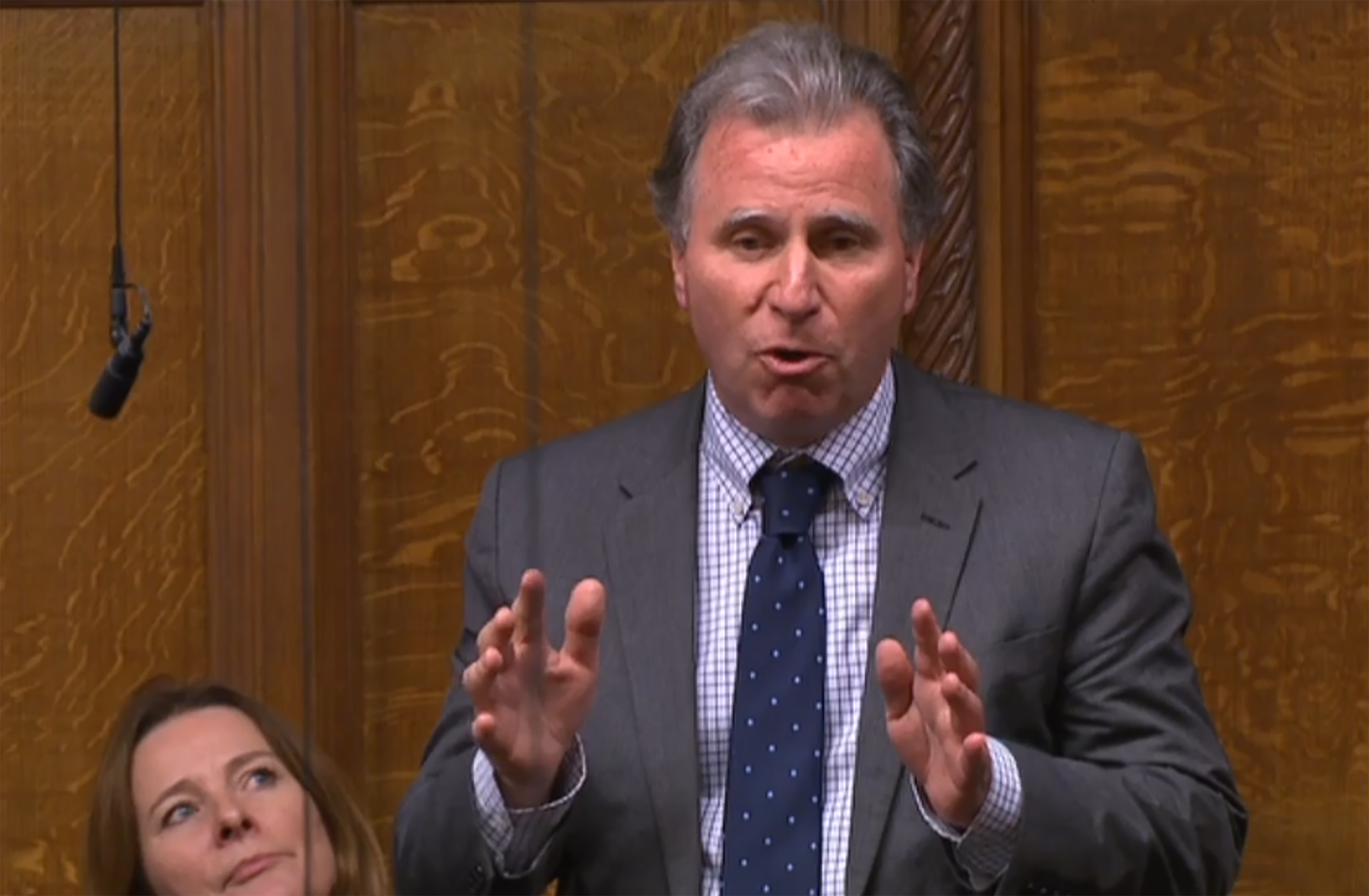 Because for the very first time, here was a Brexit that was actually worthy of the name. For all of Theresa May’s hard work, honourable intentions and humiliations she was forced to endure, she never offered a Brexit that was worth having.

But Boris Johnson offered a real Brexit deal and oh, how they squirmed on Saturday, all those eye-swivelling Remaniacs who have fibbed for so long that all they ever wanted was to prevent No Deal.

And they have the nerve to call Boris a liar!

Those democracy-deniers, who dismiss 17.4million of their countrymen and women as thick racist bigots, never looked so woefully out of touch with the mood of the nation as they did on Saturday.

Business wants to back Boris’s deal! Workers want it! The head of the Bank of England wants it! Sun readers want it! Figures as wildly diverse as Stuart Rose, who chaired the Remain campaign, and Arron Banks, founder of the hardcore Leave.EU campaign, all want it!

And still they couldn’t bring themselves to do it.

Common sense screamed that there is no better Brexit than the one that was on offer on Saturday.

And still they could not summon the common sense, the common decency, to back this Prime Minister.

But make no mistake, there was far more than Brexit on the line. By blocking the Boris deal, the damage to our democracy has been immeasurable.

For too long, the largest vote for anything in British history had been thwarted and frustrated at every turn.

So Saturday was no real surprise.

They have sought to block Brexit with the propaganda of Project Fear.

They have tried to thwart Brexit in the courts.

They have tried to block Brexit by smearing this Prime Minister. 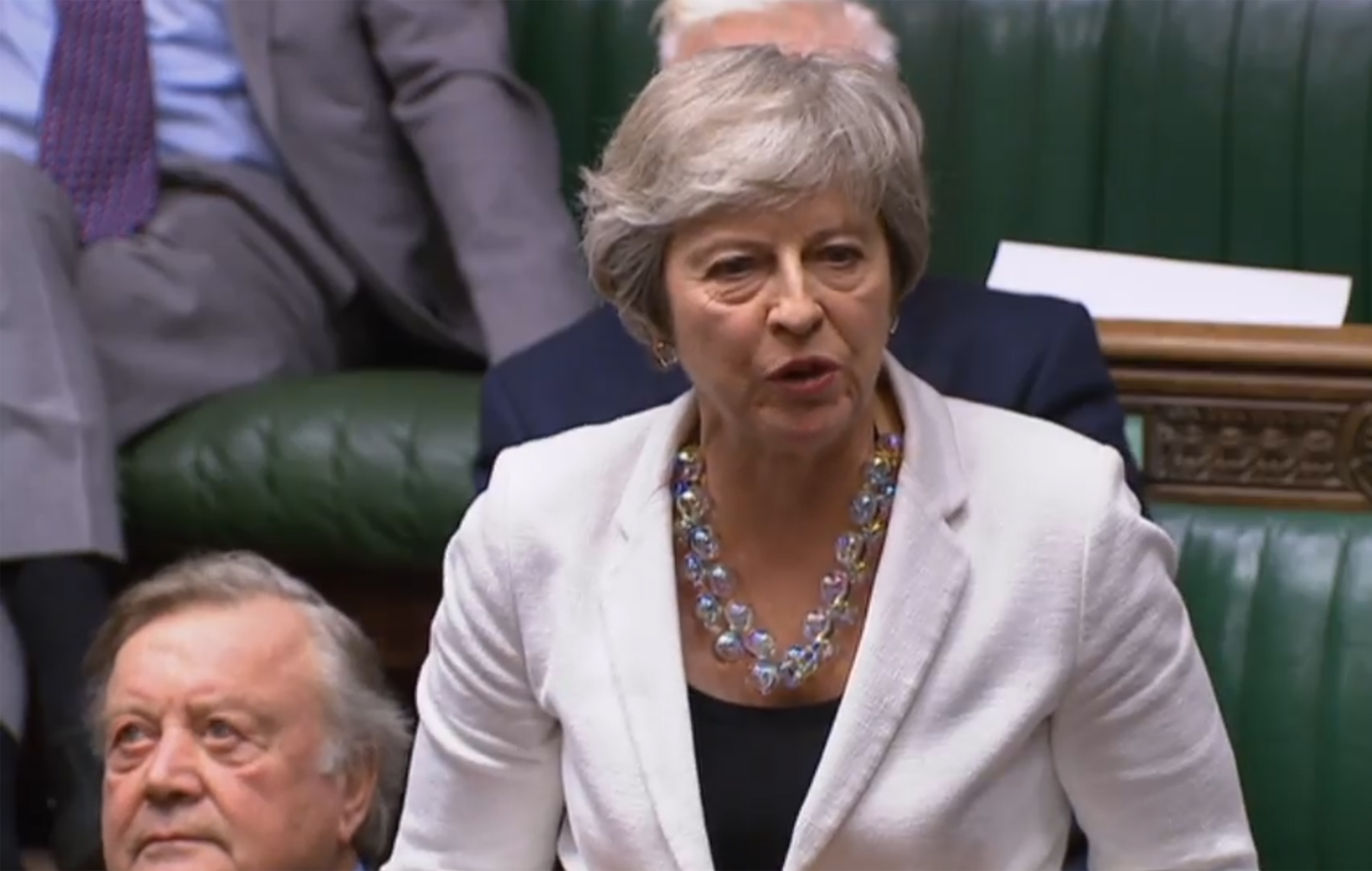 Saturday was just the latest roadblock. Frustrating but, hey, no big deal.

The 17.4million has not gone away. And Brexit will not go away.

And neither will this tousle-haired Prime Minister.

Is the message finally getting through? WE WANT THIS THING OVER.

Saturday was time to move on. They kicked Brexit in the shins. But do the fools really think they killed it?

The DUP, who believe the Boris deal would cut them off from the rest of the UK, have done the Union no favour by siding with Remainers.

The DUP are denying the realities of geography.

Northern Ireland shares a border with the Republic of Ireland. If there is to be no border on the island of Ireland then common sense dictates that there has to be a border SOMEWHERE.

It allows free trade to flow in Ireland while allowing Northern Ireland to benefit from the future free trade deals struck around the world by the UK.

If they were of a naturally sunnier disposition, the DUP might even believe they were getting the best of both worlds.

And you couldn’t help reflecting that the socially conservative DUP are very happy to be separate from mainland Britain when it suits them on gay rights, abortion and same sex marriage. Nothing in recent years has weakened the union like the DUP’s thunder-faced opposition to the Brexit that Boris Johnson offered.

For this was the real deal.

And all those who defied it — because they can see no further than the end of their own prejudices, because they care about their career more than their country, because they were afraid of being kneecapped by John McDonnell, because they simply can’t accept Brexit — were woefully out of touch with the mood of our nation.

It turns the stomach that MPs have scorned this wonderful chance to get Brexit done. But Saturday’s lost battle just makes winning the war all the more inevitable. When the opposition work up the guts to face a General Election, Saturday’s institutional treachery guarantees Boris a landslide.

Brexit now has an historic inevitability about it.

In the end we have no choice but to leave the EU — whatever the cost in friendships, family ties and gold, whatever it does to what Boris Johnson calls the “awesome foursome” of England, Scotland, Wales and Northern Ireland.

Because the EU dream of ever-closer union will never be the aspiration of the British.

Once David Cameron had called the referendum, the oldest democracy in the world was bound to honour its result.

Brexit will happen because Brexit has to happen.

This country will never be just another state in a federal Europe.

And ultimately this country will never ignore a democratic vote, or tell its people to have another referendum because they got the answer wrong the first time.

The political pygmies in Westminster have slowed Brexit. But they will never stop it.

The bitter taste of Saturday’s betrayal will fade. The future is still unwritten.

The confederacy of fools in Westminster can’t kick the can down the road forever.

And for this great country, the world awaits.