Spray and play! Diner films spoof tutorial for a Dyson tap hand dryer as it blasts water out of a basin and sends it showering over a cafe bathroom

This is the hilarious moment a Costa customer gives a mock tutorial on how to use a two-in-one sink and hand dryer – which showers the bathroom with water when the dryer activates.

The video, filmed in the Acton branch of the coffee chain in west London, shows the Dyson Airblade blasting residual water from the sink upwards in all directions on May 15.

Water then ripples upwards, flying out of the sink and spraying the bathroom’s mirror.

A sign above the sink tells customers they can dry their hands ‘with the latest Airblade technology’.

Mr Sezer looks at his reflection in the mirror after it was soaked by the high-powered dryer blasting water all over it.

He commented: ‘[There’s] no plug in the sink, just very slow drainage.’

Mr Sezer later added: ‘I’ve informed people in Costa and they said they are aware of the problem.’ 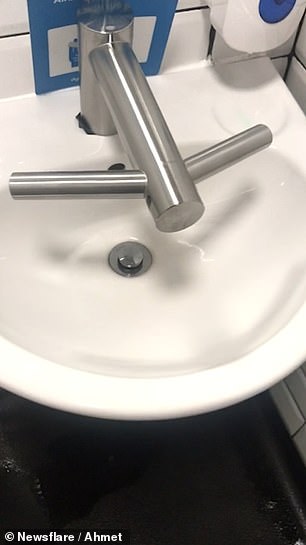 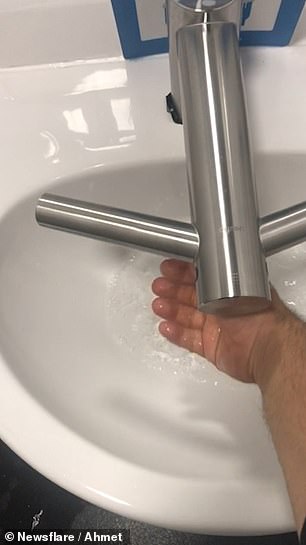