Signal allows people to communicate secretly without their phones being intercepted by third parties. It is used by journalists and politicians, among others, who are keen to protect their privacy for legitimate reasons. 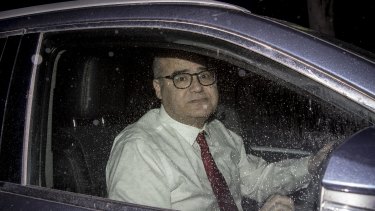 But the apps are also used by those who want to avoid the attention of police or anti-corruption authorities. A month before Ms Kairouz and Mr Somyurek activated Signal, the Independent Broad-based Anti-corruption Commission had announced it was investigating revelations in The Age and 60 Minutes about their allegedly corrupt use of public resources to stack Labor Party branches.

While there is no suggestion the pair have destroyed any evidence relevant to the investigations, the decision of Mr Somyurek and Ms Kairouz to go "dark" suggests they were keen to keep their business private going forward. Even though those who have previously worked for agencies with phone tapping powers say it is highly unlikely IBAC would tap their phones. A judge will only approve phone taps for the most serious of crimes and only after all other investigative measures have been exhausted.

But the IBAC investigation is just part of the fallout for Labor from the branch-stacking scandal. It's also reshaping the party's membership.

Figures updated by the party this week and obtained by The Age show crashing membership numbers in branches controlled by Mr Somyurek. In the south-eastern and northern suburbs, where the majority of members were part of his "Moderates" faction, the Springvale branch lost 90 of its 95 members, the Casey Central branch was cut from 111 to 41 and the Endeavour Hills branch dropped from 112 members to 56. 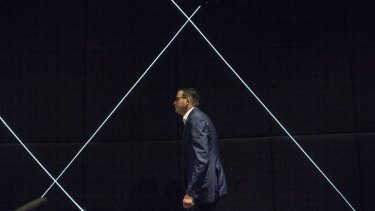 Premier Daniel Andrews walks to a media conference on the morning he sacked minister Adem Somyurek in June.Credit:Eddie Jim

The Turkish-dominated Coolaroo branch lost 110 members, the Parkmore branch shed 74 members and the Thomastown West and Heidelberg branches both dropped more than 55 members. The branches span the federal seats of Hotham, Bruce and Jagajaga.

Steep declines were also recorded in Socialist Left branches with older ethnic demographics. The Italian-dominated Lalor South branch lost 115 members, the Batman North branch in the electorate of Cooper, dominated by Greek members aligned to former minister Jenny Mikakos, dropped from 84 members to 12 and the Deer Park branch dropped from 150 to about 60.

The percentage of party members who have paid for their memberships online by traceable means has increased from 67 per cent to 87 per cent. Prior to that, almost a third of the party's members were paying by cash or other untraceable methods.

The figures also show that, across Victoria, 3500 members did not renew their memberships before the renewal cut-off last month.

After the branch-stacking revelations, Premier Daniel Andrews asked the federal party to run all Victoria's state and federal preselections for the next three years and suspend the voting rights of every member. However, new members are continuing to join the Victorian Labor Party, which has increased its overall membership base by about 200 since the comparable time after last year's renewal deadline.

The reason for this increase is not clear, because the post-scandal reforms mean it may be less attractive to join the ALP. Members have had their right to vote for candidates stripped until 2023 and the party's national executive will determine preselections.

But the figures show an uptick of new members compared to the same time last year after membership renewals were due, bringing the total membership to 13,909.

Nick Economou, a senior lecturer on politics at Monash University, said the fact that membership had grown from a comparable point last year could be the sign of a "Dan bump" caused by supporters of Mr Andrews rallying around the under-pressure leader. 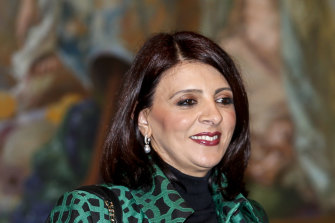 It was more likely, however, that the power vacuum created by Mr Somyurek had caused competing factions to recruit members in the hope of achieving supremacy. Even though voting rights are cancelled until 2023, he said elements in the party would be working to maintain their local membership bases.

The Labor Party has assigned former premier Steve Bracks and former federal minister Jenny Macklin to investigate the conduct of Mr Somyurek and Ms Kairouz and other suspected branch stackers in the party.

And the Liberal Party is conducting its own forensic membership audit as a result of this masthead’s exposure of branch stacking. All party members who signed up in the past five years will be examined to determine whether they are genuine.

Branch stacking has been described by former prime minister Kevin Rudd as a "cancer" on democracy because the power amassed by stacking local political branches by backroom operatives can help propel the corrupt or unmeritorious into state and federal parliaments.

Mr Bracks and Ms Macklin's appointment was described by the ALP as a way of reinvigorating grassroots politics, but months after the pair's appointment Labor insiders are debating the effectiveness of their investigation.

One Labor Right factional powerbroker and opponent of Ms Kairouz and Mr Somyurek told The Age that members of Ms Kairouz's faction were "going around and saying its business as usual". A source on Labor's Left complained that the party's way of detecting suspect recruitment, including asking members to fill out email questionnaires and banning cash payments, discriminated against genuine older Labor members from ethnic communities who may not be email savvy or possess a credit card.

"When the stackers wanted to abuse ethnic members to amass power, they could do so easily. But now when genuine ethnic people try to join or stay in the party, they get rid of them," the Labor Left source says.

Prior to Mr Bracks and Ms Macklin delivering their final report, and IBAC concluding its investigation, one measure to test the success of efforts to clean up the party is the most recent branch membership.