London: A cameraman from New Zealand has been reported missing in the UK, with his fiancée and friends fearing he has been seriously hurt or fallen victim to foul play.

Joseph Day, 31 from Auckland, moved to the UK with his fiancée of five years, Kelsey Mulcahy, during the COVID-19 pandemic. 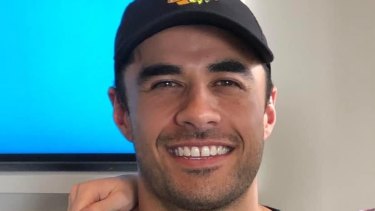 Day was a cameraman for TVNZ, New Zealand’s leading broadcaster but changed to building work when he moved to the UK to take a break from the media industry.

His last known location was at his home in Clifton, an upmarket suburb of Bristol, on Saturday night, April 30, (BST) when Mulcahy went to London with friends.

“My last message to him was reminding him to pull down the blackout blinds because he always forgets and it’s light so long in the UK now,” she told The Sydney Morning Herald and The Age.

“His reply was ‘will do’ and then he stopped responding but before that we were talking about how we were going to go to London in three weeks. We just adore each other, we have not had problems in our relationship and I would be truly honest if we did.” 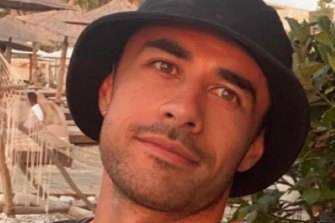 Joseph Day is from Auckland.

She said they were also planning a trip to Bath on Monday which is a public holiday in the UK.

Mulcahy said she knew something was wrong when she arrived home from London around 2pm on Sunday afternoon (BST) and a Hello Fresh grocery box was still outside. 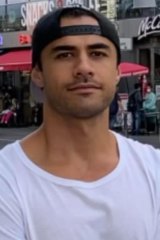 “At that point I really panicked,” she said. “I ran upstairs and the bed was made and the blinds were open and everything was shut up.”

She said she assumed he went out for a vegan pizza when he stopped messaging.

“Something is preventing him from coming back; there’s no way he’s choosing not to come home to me,” she said. “His mum hasn’t heard from him and he adores his mum.”

She reported his disappearance to police a few hours after arriving home.

Day’s phone and Facebook Messenger accounts are still showing as active but there has been no response to their calls and messages.

His WhatsApp shows he was last online around 2pm on Saturday afternoon (BST). The couple often chat using Facebook Messenger.

His school friend Tyler Rakich described Day as a quiet, reserved and shy man who did not yet have friends in Bristol. He said Day was not the partying type, making his disappearance inexplicable.

“They moved to Bristol in January from London so he literally knows no one, he doesn’t have any friends in Bristol and was looking forward to a night in watching some movies,” he said from Auckland.

“It’s ridiculously out of character for him, even when he’s drunk or out he always contacts Kelsey.

“So I’m 100 per cent sure that something’s gone wrong here. He’s not just going to walk in off the street after 30 minutes. He’s either in hospital or in a ditch so we need all the help we can get to find him,” he said.

Day is believed to have left their home on Pembroke Road, Clifton, on foot as his bike is still in their flat.

Mulcahy said he would have been wearing a cap and dark jacket, is about 180 centimetres tall, has an athletic build and tattoos on both his arms.

Police in Avon and Somerset have been contacted to see if they can trace his phone’s location. The local police force had not set up any public appeals as of Monday afternoon (BST), more than 24 hours after he was first reported missing.

Mulcahy and her friends from London have been putting up posters of Day around Bristol appealing for the public’s help.

Mulcahy’s father and Day’s parents left on the first available flight from New Zealand and are expected to arrive in the UK in the next day.