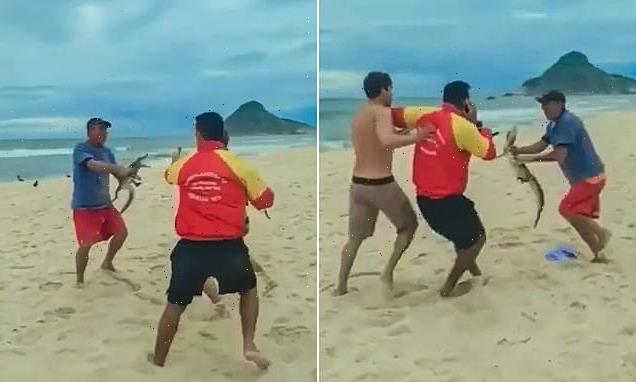 Snappy slap: Beachgoer uses a CAIMAN as a weapon during beach brawl

A beach brawl took a snappy turn over the weekend as a man used a mini alligator as a weapon against his opponent.

The man, dressed in a dark blue polo shirt, black cap and red swimming trunks, was in a fight with another man in khaki shorts and without a top when he tried to use a caiman to attack his adversary.

The pair were locked in a tussle on Macumba beach, on the west side of Rio de Janeiro in Brazil.

As a lifeguard in a red and yellow shirt made a phone call and attempted to end the fight, the man in blue thrust the caiman forwards at the bare-chested man.

Meanwhile, a black and white dog jumped about in a frenzy as the two men fought.

The caiman was reportedly later captured by firefighters who set it free in the city’s municipal park. 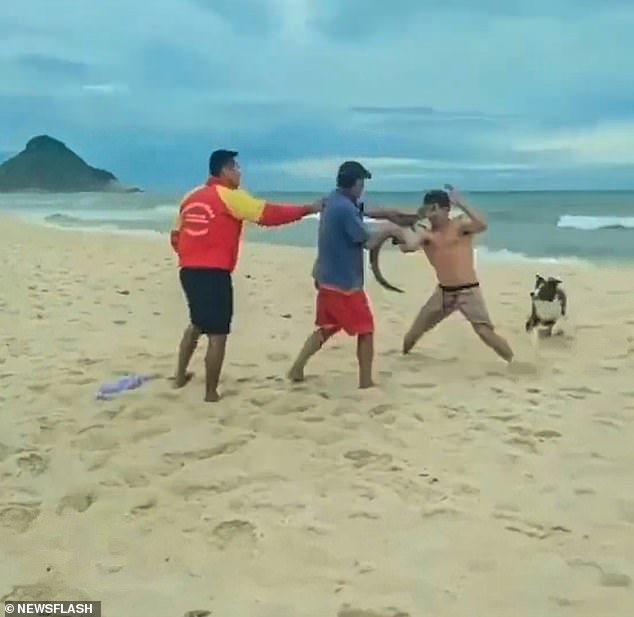 A man in Brazil looked to nature as he fought in a brawl on Macumba beach on the west side of Rio de Janeiro, using a mini alligator, or caiman, as a weapon 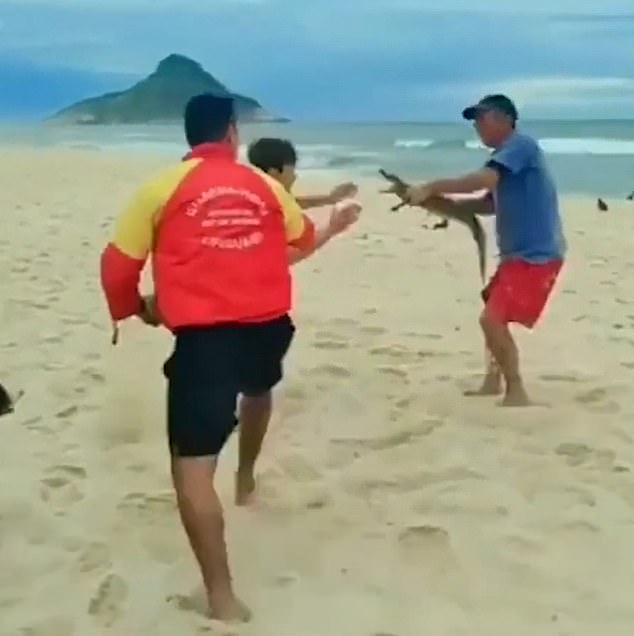 It was an odd day for this caiman, as the beast was used as a prop in a battle between two beachgoers 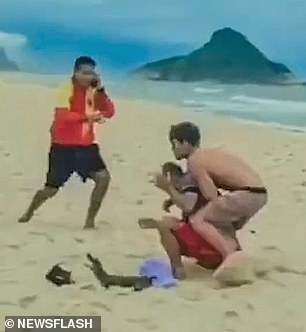 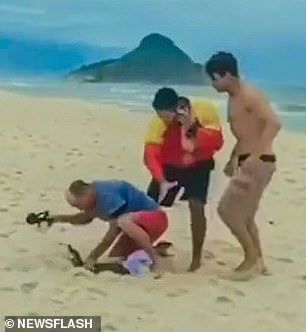 The two men were fighting in the sand while a lifeguard tried to calm them down. In the background the rocky hill of Pontal Stone can be seen, which has panoramic views of the city and the south Atlantic Ocean 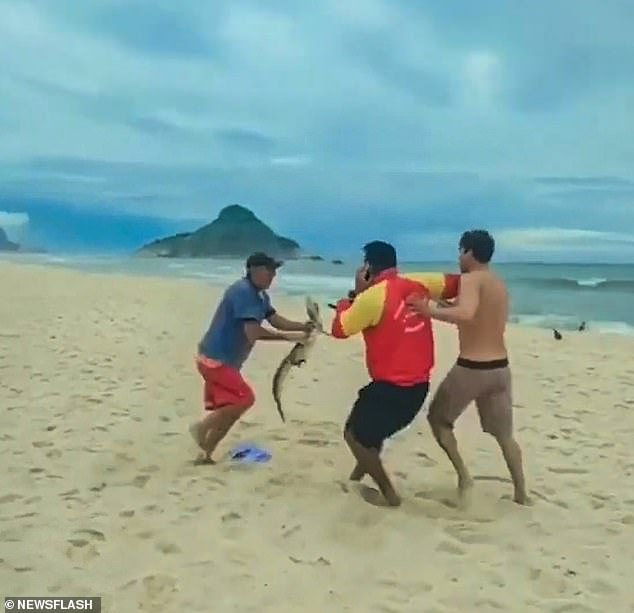 Although he was initially thrown to the floor, the man in a blue polo shirt, red swimming trunks and a black cap got back on his feet with his newfound weapon 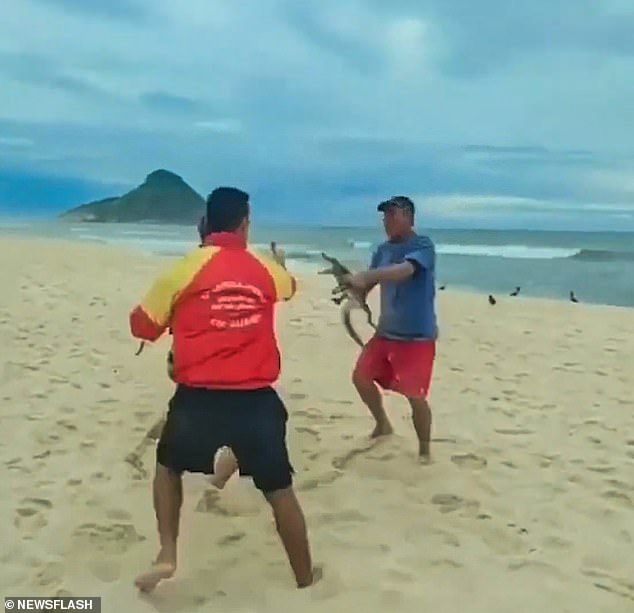 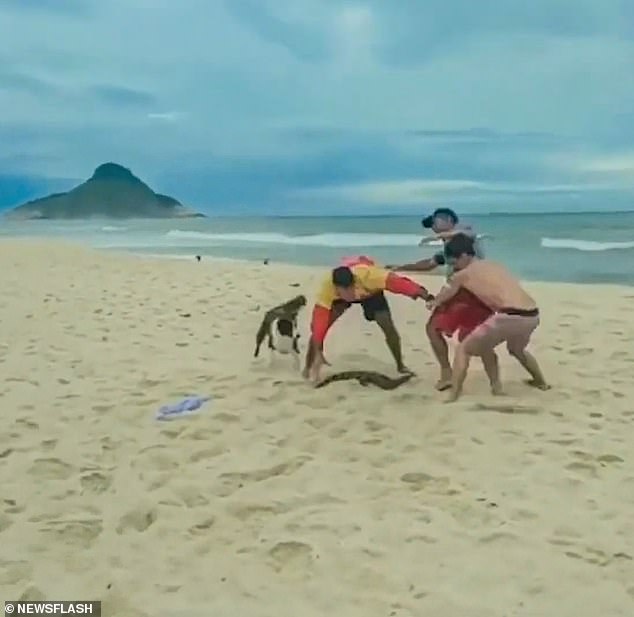 The feisty creature managed to wriggle free of the man’s grasp and was later supposedly rescued by firefighters, who released it in Rio’s municipal park