New Zealand’s Prime Minister offered new details on the likely source of the nation’s outbreak, raising hopes that it can be more effectively tracked.

In a daily briefing on New Zealand’s COVID-19 response, PM Jacinda Ardern said the origin of the outbreak has been traced to a person returning from a managed red zone flight from New South Wales. 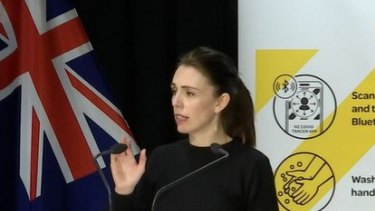 Identifying the carrier of the virus is expected to help authorities get a grip on the outbreak.

“Our cases are most likely to have come from the traveller,” said Ardern at a daily briefing. “This is a most significant development.”

“It means we can be fairly certain how and when the virus entered the country.

“Based on timelines, there are minimal and possibly only one and maybe two missing links between this returnee and cases in our current outbreak.

“The period in which cases were in the community is relatively short.“At the briefing Director-General of Health Dr Ashley Bloomfield said there are now 21 active cases in New Zealand, up from 10 last night.

Of the 21 cases in New Zealand, 12 have already been confirmed in the same cluster, and a further 8 are under investigation but there are strong links to the cluster.

New Zealand on Tuesday imposed a strict lockdown of at least three days for the entire country and at least seven days in Auckland and Coromandel after identifying the first infection.

Ardern had warned on Wednesday the outbreak was expected to keep growing, after some of those infected spent time at a church, a school, a casino and a hospital.

New Zealand will also allow youths aged 12 to 15 to get vaccinated against the coronavirus. Previously, only those aged 16 and over were eligible.

Ardern also announced people will be compelled to wear masks in supermarkets, gas stations and pharmacies during strict lockdowns.

On Tuesday, a University of Otago healthcare lecturer referred to the strain roiling New Zealand as the “Australian variant of Delta,” Radio NZ reported.