A RECKLESS car passenger stands up through a sunroof to take pictures at 70mph on Britain’s busiest motorway in this shocking video.

The mindless stunt, which was caught on camera by a gobsmacked witness, allegedly caused other drivers to brake on the M25 in North London. 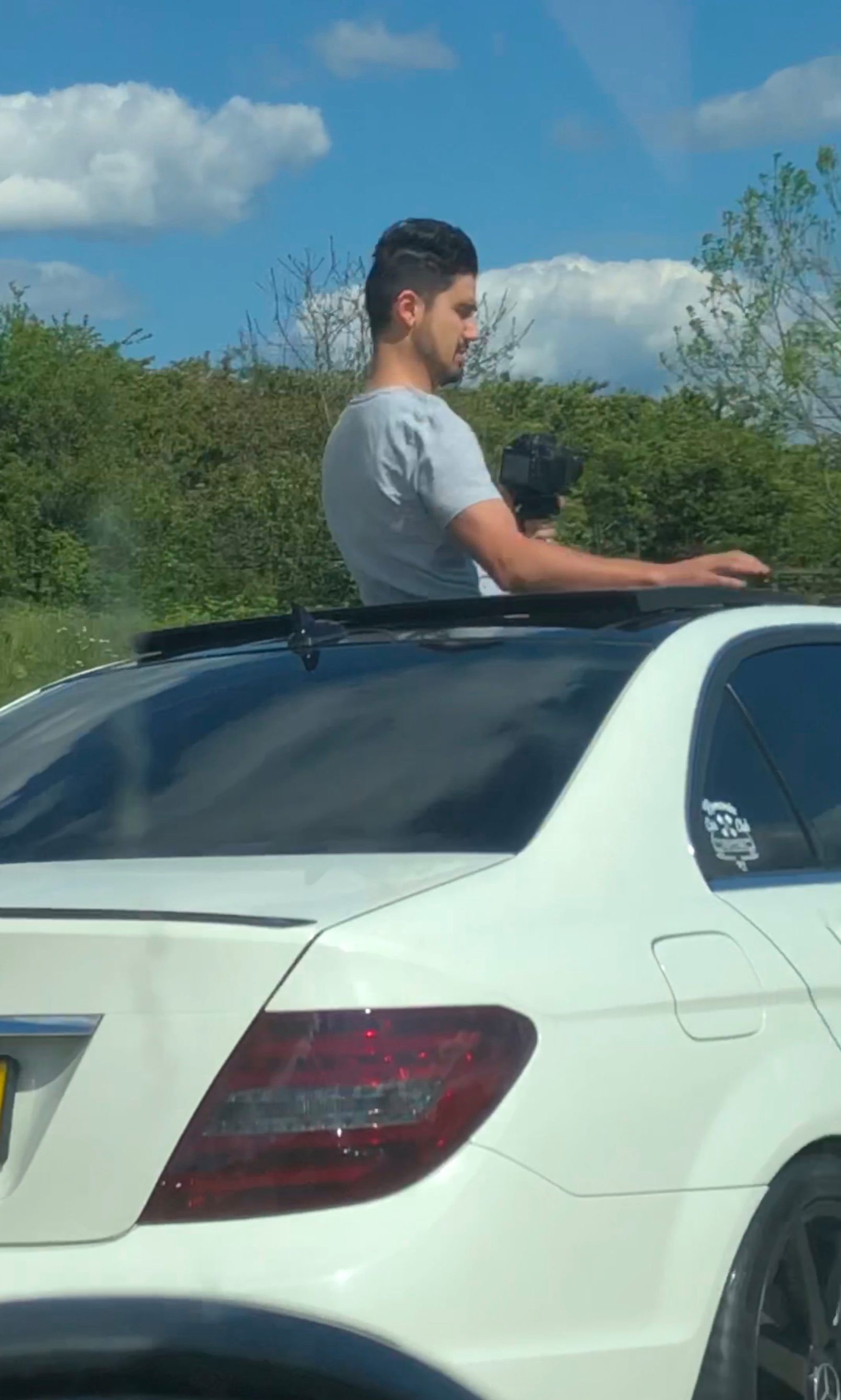 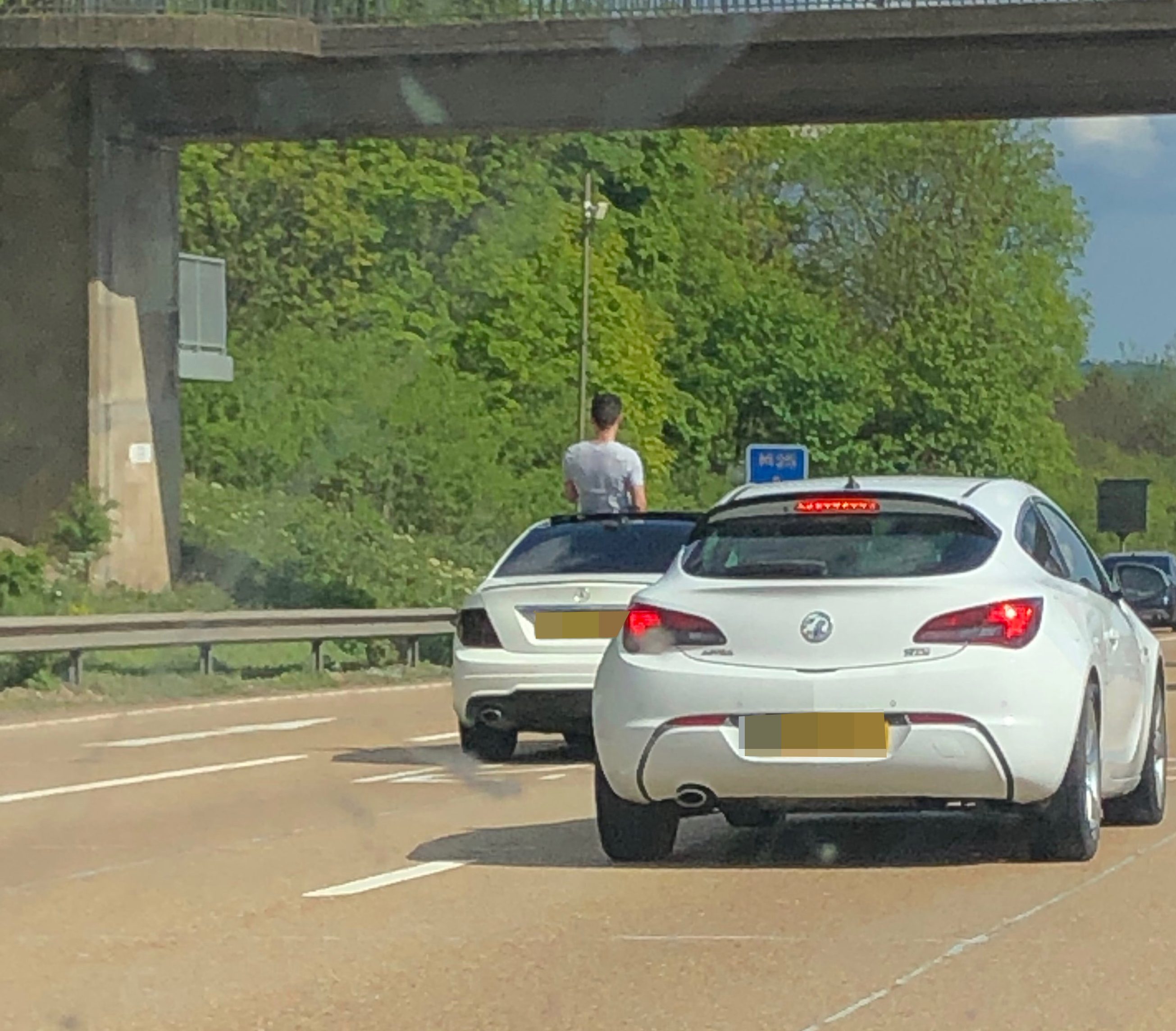 Our exclusive video shows a young man risking his life by standing upright through the sunroof of the white Mercedes C-class.

He has a camera in his hand and appears to be photographing or filming other vehicles on the busy road.

The alarming footage was filmed at 4pm today on the westbound M25 near the junction with the A10 at Waltham Cross, Herts.