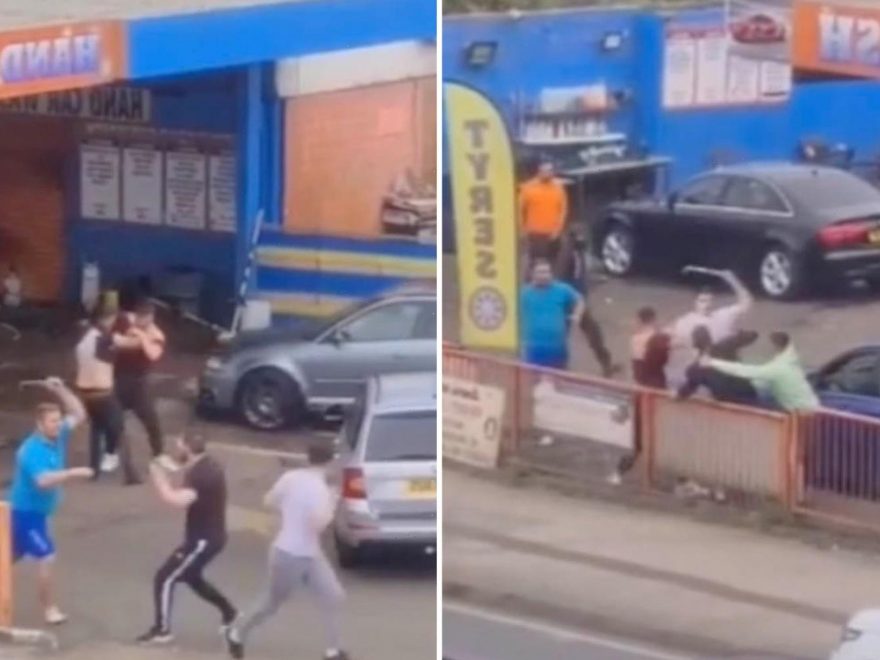 THIS is the shocking moment a mass brawl broke out at a car wash as customers appeared to beat each other with wrenches. 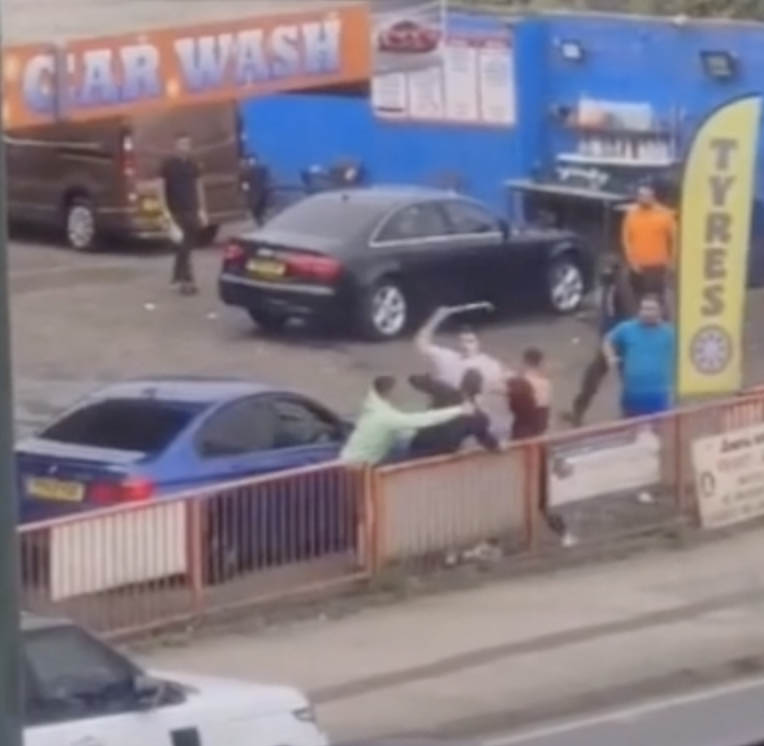 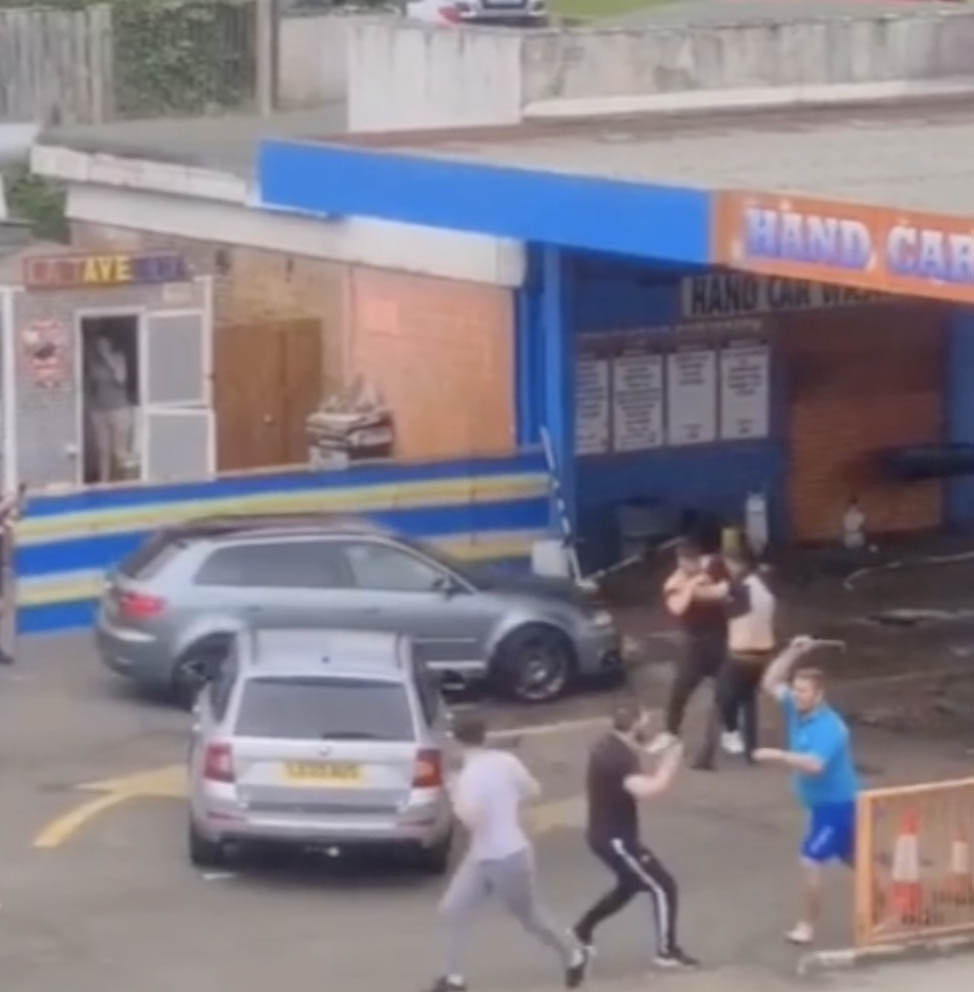 Footage of the scrap appeared to show around eight lads bashing each other with wrenches at Shiny Hand Car Wash as shocked customers watch on.

One man seems to wildly beat another with a huge wrench while his mate wrestles and punches him.

Meanwhile, a man in a bright blue t-shirt appears to restrain another customer with a wrench and then tosses the blunt weapon into the air.

The fracas then escalates as two other men start hurling punches at each other.

One of the men wielding a wrench runs away but the fight rages on.

Another customer suddenly appears with another wrench and appears to start beating two other men with it.

The customer then chases after the terrified pair with his wrench.

Then suddenly another lad runs up behind the man in a white t-shirt and seems to strike him with another wrench.

The pair start fighting, dragging one another to the ground and tearing each other’s clothes.

Then the man in the bright blue t-shirt re-appears with his wrench and threatens the brawling lads.

The man in the bright blue t-shirt manages to scare the fighting customers away and the group disperses, with some of them driving away in their car.

At the end of the video, one of the men is seen hurriedly leaving the car wash with his t-shirt completely torn and falling off him.

According to witnesses, cops were called to the scene. It's unknown why the fight broke out.

The footage was shared to Facebook, leaving social media users stunned by the extraordinary scenes at the car wash.

One viewer commented: “Imagine fighting over who gets to wash the car first”

Another wrote: “How is this mad s**t happening at a car wash on a Tuesday morning!”

A spokesperson for Nottinghamshire Police said they were appealing for information about the incident: “An investigation has begun following a fight at commercial premises in Nottingham Road, Basford, this morning.

"Investigations are ongoing and officers would like to speak to anyone who was in the area at around 10.30am.

Chief Inspector Paul Hennessy said: “This kind of violence will not be tolerated by Nottinghamshire Police and we are currently working to identify all those involved in this incident.

“If you have any information that may help us in our investigation we would like to hear from you as soon as possible. Please contact us on 101 quoting incident 214 of 27 July.” 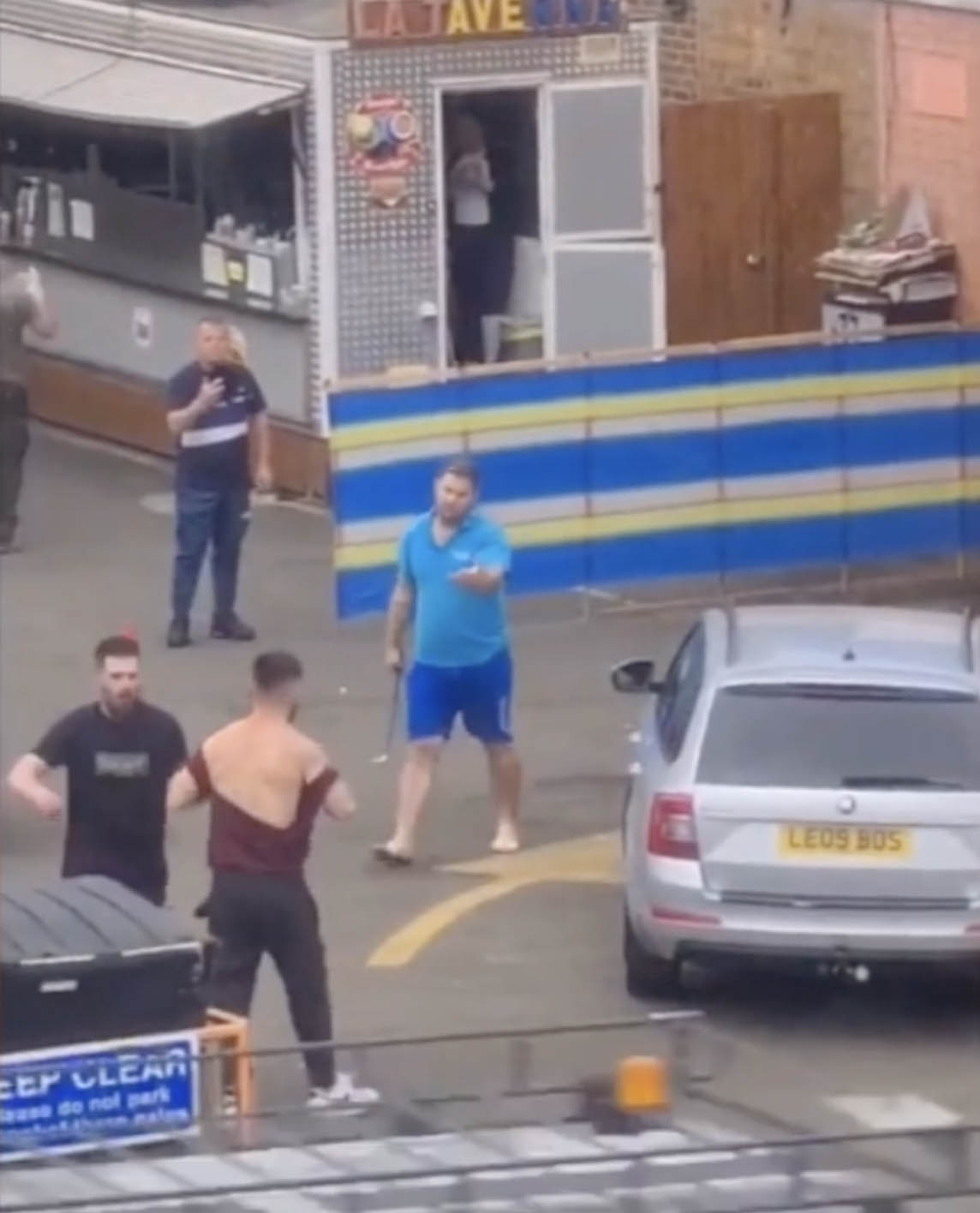 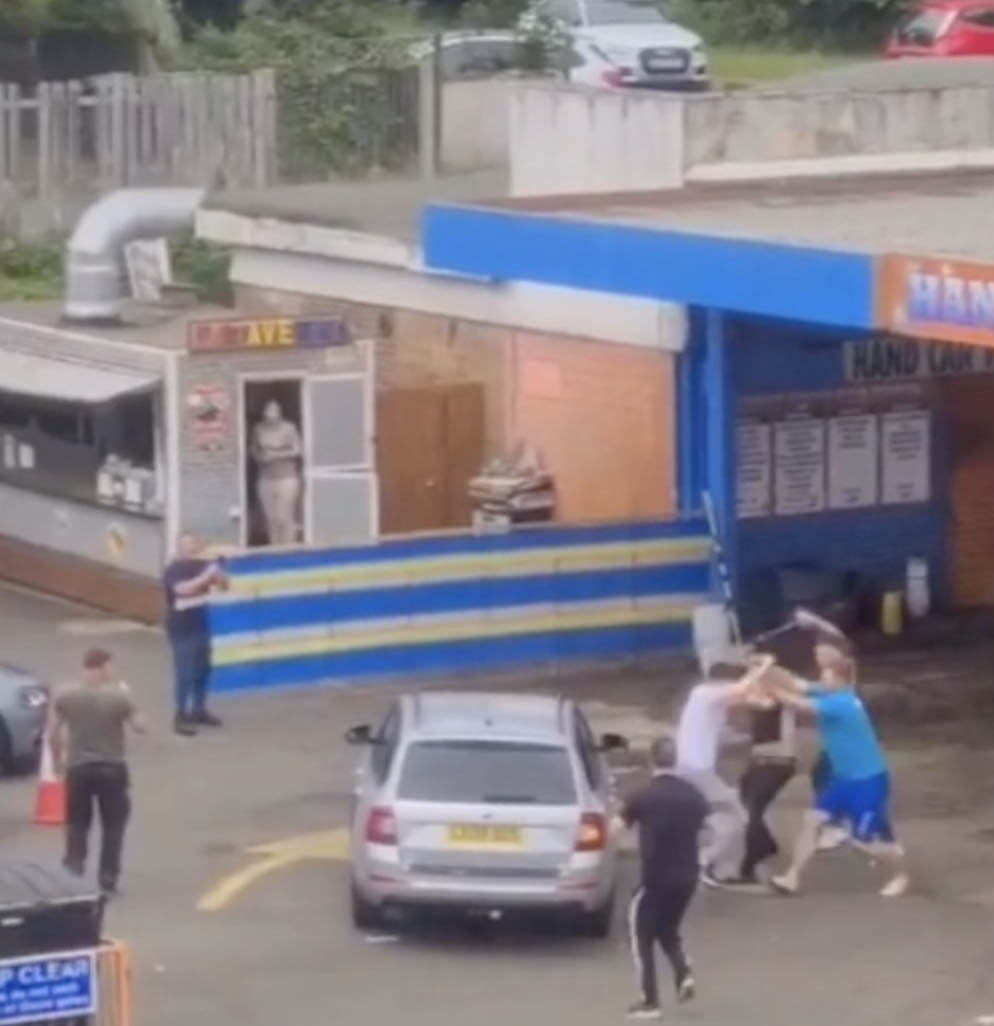