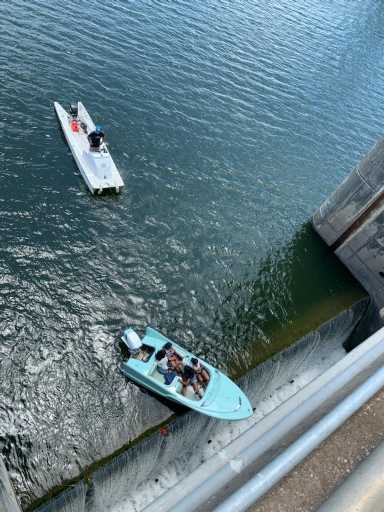 THIS is the shocking moment a boat full of revelers is left perched over the edge of a 36ft drop at a dam in Texas filled with toxic algae.

Terrifying footage shows four revelers gripping for dear life as their boat nears the edge of the Longhorn Dam near the Austin-Travis Counties. 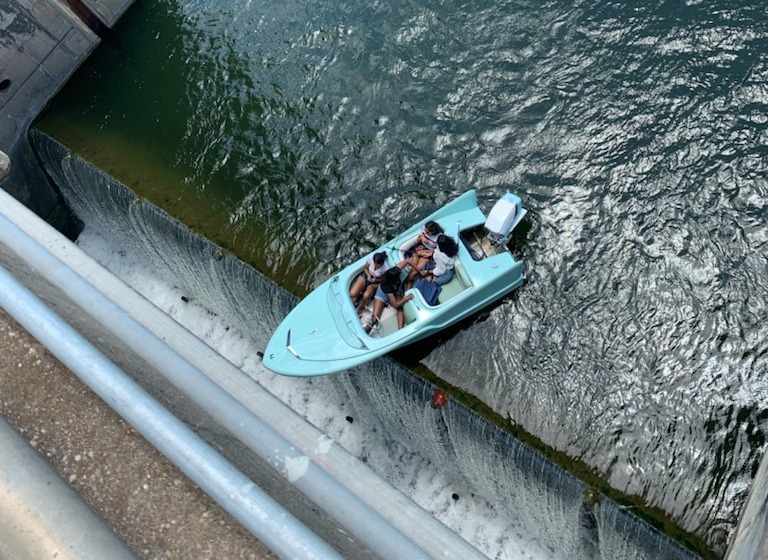 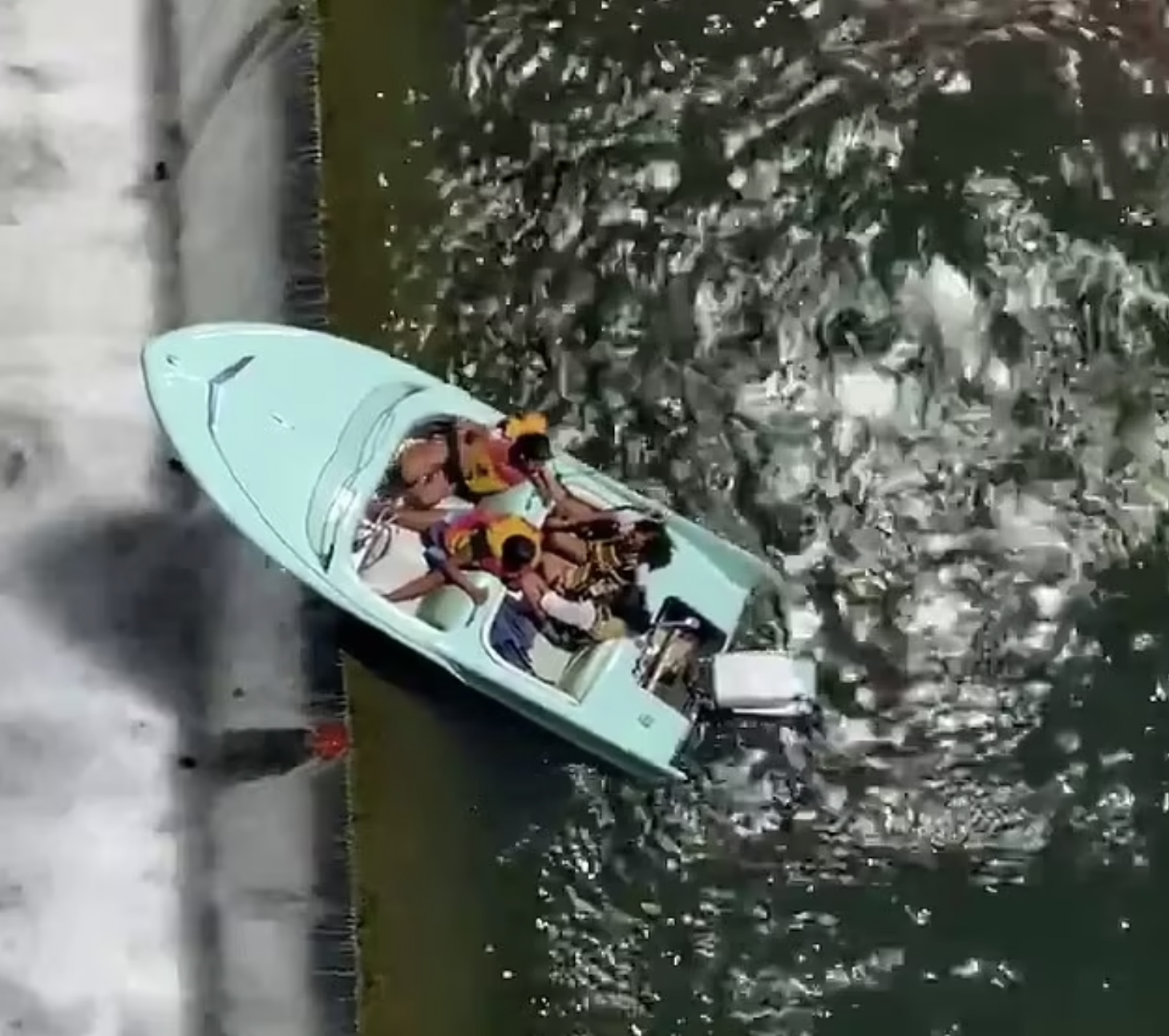 The Austin Police Department received a number of frantic calls on Friday afternoon of a boat filled with people nearing the edge of the 36-foot tall dam.

The Austin-Travis County EMS said thee boat was attached to another boat by rope, just as they arrived on the scene to disperse life vests to the passengers – just in case.

Luckily, the worst-case scenario never occurred – ATCEMS was able to pull the passengers and boat away from the dam's edge and into open water using an Austin Police Department lake patrol boat. 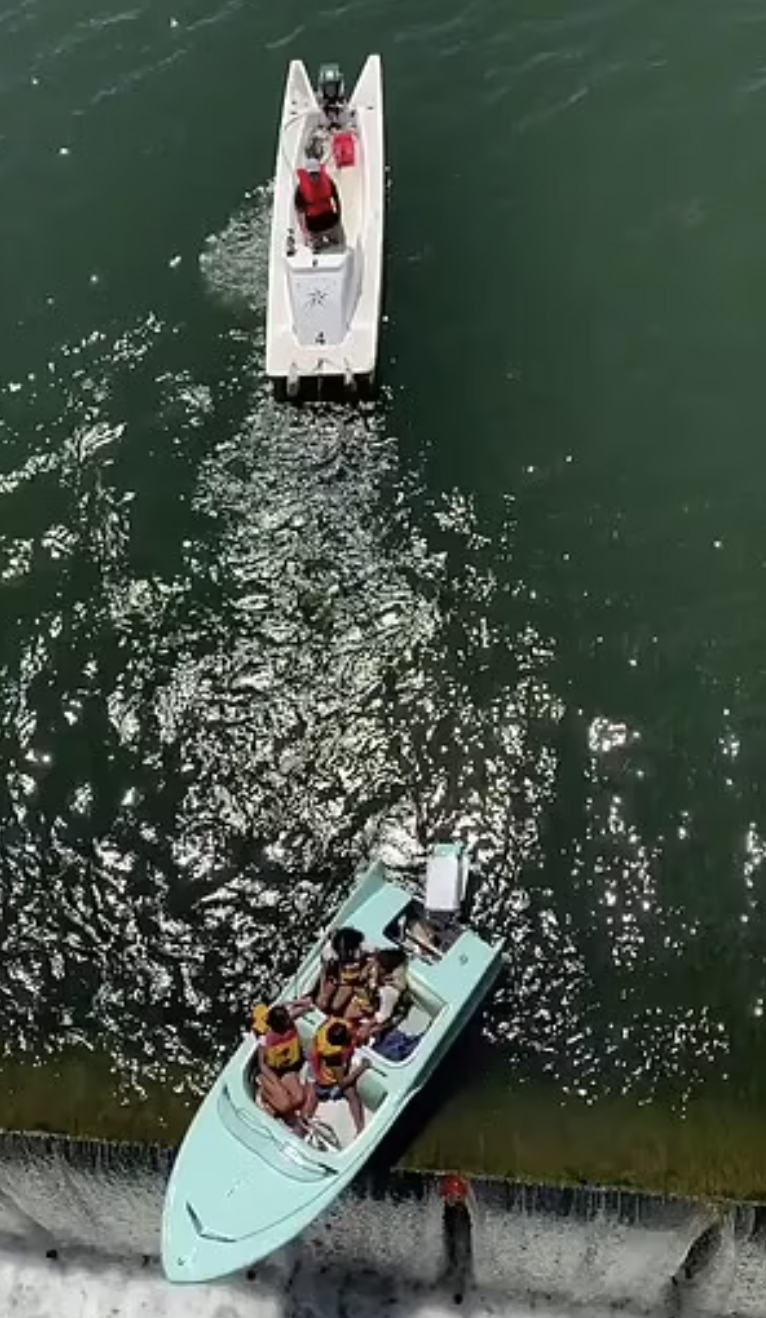 Later that afternoon, the department recognized three lake patrol officers who were able to save the women.

Lake Patrol Officers Bradley Smith, Mark Bozyk and Jesus Perez were credited quickly tying their police boat to the boat that the teetering boat was attacched to.

According to the police department, the boat was rented out by the passengers. When they neared the edge, the women called the rental company for assistance.

The company boat was not strong enough to pull the boat away from danger, but was able to remain attached to it while the patrol boat came to the rescue.

That's when the police boat pulled both boats into open waters, with Smith saying the passengers were "surprisingly calm."

"On this particular dam, I don’t believe that there are buoys or safety chains in front of them," ATCEMS district commander Joshua Todd said.

"They pose some hazards with debris buildup and things like that."

"We obviously had a bunch of rain here in Texas. So there’s water flowing through Lady Bird Lake and over the dam, and that natural current took that boat down to where it became lodged," said Todd.

Just two months ago, toxic blue-green algae was found in the lake, largely considered to be the cause of death to at least five dogs.

The same algae was found in 2019 and 2020, with the local watershed department monitoring the lake for algae increases.

Swimming in Lady Bird Lake has been outlawed since 1964, yet the department stresses the risk to humans is low.