VIDEO shows the shocking moment cops appeared to knock a disabled Black Lives Matter protester out of his wheelchair and break it after he allegedly punched officer.

The incident was captured during protests in California on Tuesday, as cops clashed with demonstrators. 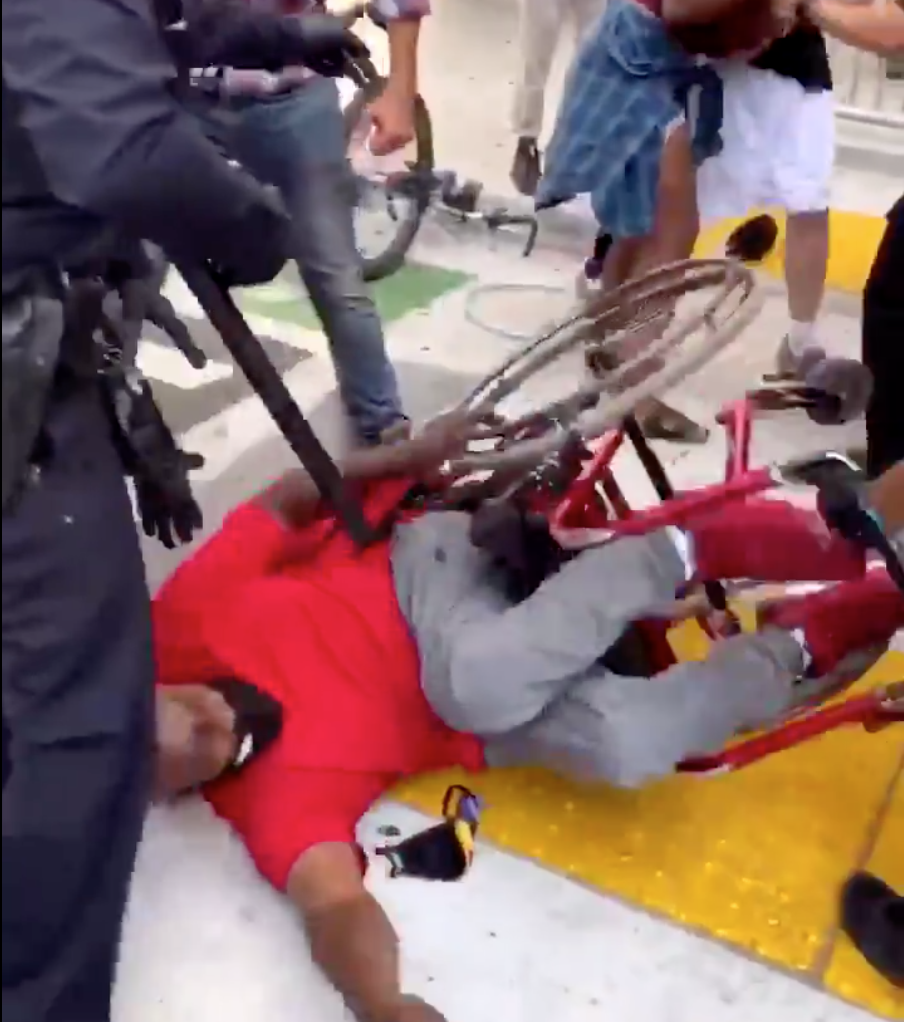 After the man was knocked backward in his wheelchair, he tried to wrestle a baton from cops, video showed.

Police pulled him aside and then handcuffed him.

As he was being handcuffed by multiple officers, the wheelchair was thrown aside by another cop, and a wheel broke off.

"They're trying to kill me," the man said.

In a statement posted to social media, the LAPD said that around 50 protestors tried "to interfere with 3 individuals in police custody" in the incident on June 14.

"During the incident a man in a wheelchair, Joshua Wilson, punched an officer in the face. Wilson, a convicted felon, was taken into custody and a loaded gun was found in his possession," police said.

Cops said two other people were booked – one for a charge of battery on a peace officer, and the other for a felony warrant.

Activeadvocate, who shared the video of Wilson being pulled from his wheelchair by police, announced there was a fund launched to help raise bail money for him.

"Joshua is a leader in our fight against racism," the account wrote with a video of him leading a protest.

The incident came amid ongoing demonstrations following the death of George Floyd.

Floyd, a 46-year-old Black man, died on May 25 after Minnesota cop Derek Chauvin kneeled on his neck during an arrest.

Video from the incident showed Floyd saying "I can't breathe" multiple times – but Chauvin did not move his knee.

As the video began to circulate, public outrage was sparked, and demonstrators across the nation have shown support for the Black Lives Matter movement and called for an end to systemic racism.