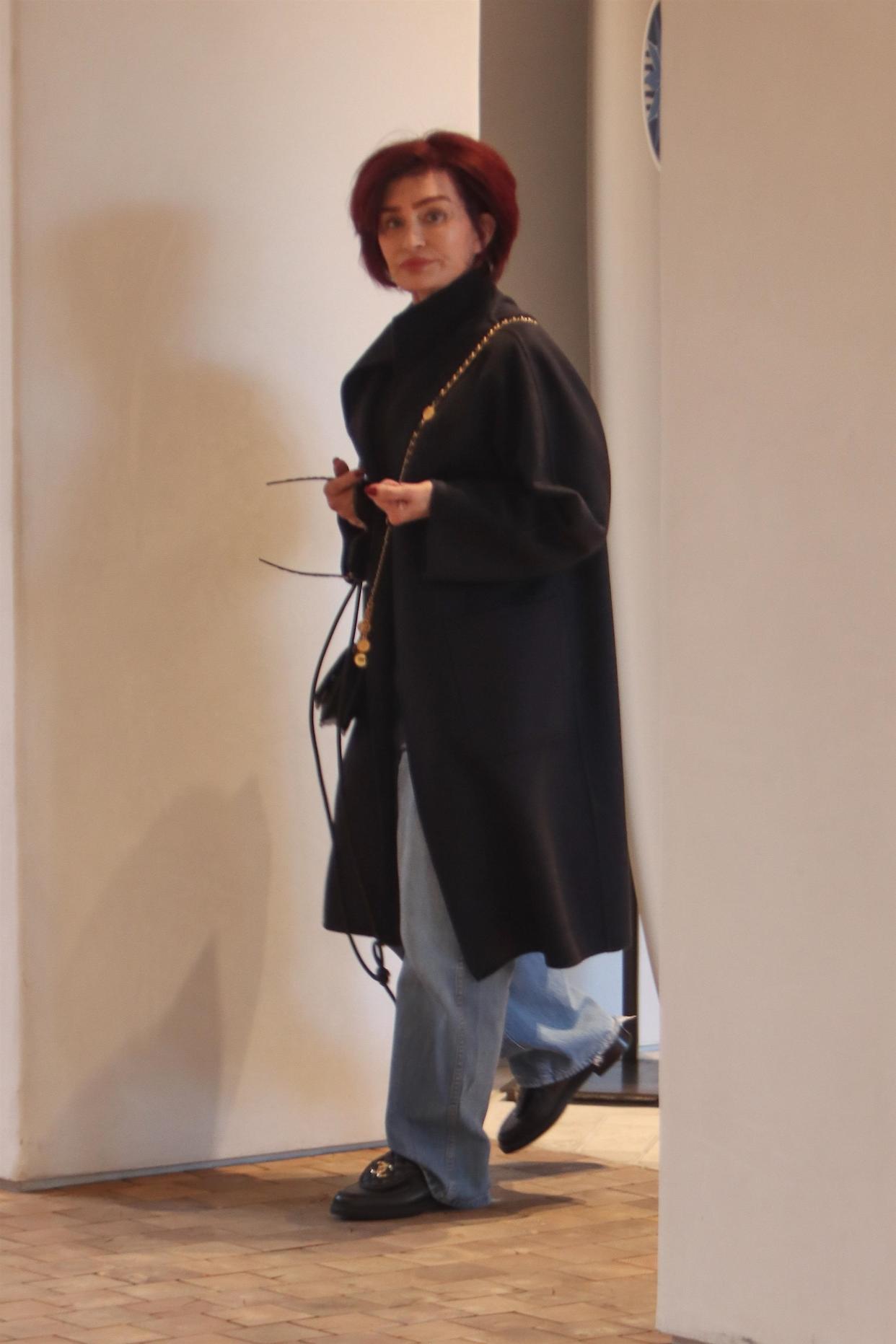 Sharon Osbourne is doing "great" after her health scare over the weekend.

The former America's Got Talent judge and The Talk co-host, 70, shared the update Monday on social media, writing, "Back home and doing great. Thank you for all the [love]."

The image posted to social media was not of her, but one of her dogs, Elvis, posing by the family's Christmas tree. She did not reveal what led to her emergency hospitalization.

Also on Monday, the music manager was photographed shopping with daughter Aimée (aka ARO) at James Perse in Beverly Hills. She looked well and very much like herself as she strolled around in jeans and a long black coat, accessorizing with sunglasses.

The Osbourne matriarch fell ill on Friday evening while filming Jack Osbourne's Night of Terror with her son at the Glen Tavern Inn in Santa Paula, Calif., which is northwest of Los Angeles, and 911 was called. She suffered "an unspecified medical emergency," the Santa Paula Police Department told NBC News. The medical emergency was "non-life threatening," a source told the outlet.

Osbourne was transported to Santa Paula Hospital. Jack shared Saturday on social media that Sharon had "been given the all clear from her medical team and is now home… As to what happened to my mum — I'm gonna leave it to her to share about when she is ready."

He also clarified that his mom was filming "a new episode of Night of Terror with me" at the time. The family, best known for their MTV reality show The Osbournes, previously appeared in the Discovery+ paranormal TV special The Osbournes Night of Terror in 2020. Jack stars in a spin-off series, Jack Osbourne's Night of Terror, that show him and friends Jason Mewes and Jamie Kennedy searching for the the truth about UFOs and paranormal events.

Sharon has been appearing on a U.K. show called The Talk after her high-profile exit from the U.S. show of the same name. She's frequently on air giving commentary, most recently about Meghan Markle and Prince Harry's Netflix doc.

Sharon and Ozzy announced earlier this year their intention to move back to the U.K. full-time, but they will maintain a residence in L.A. as that's where their three children — and grandchildren — live and they continue working as well.