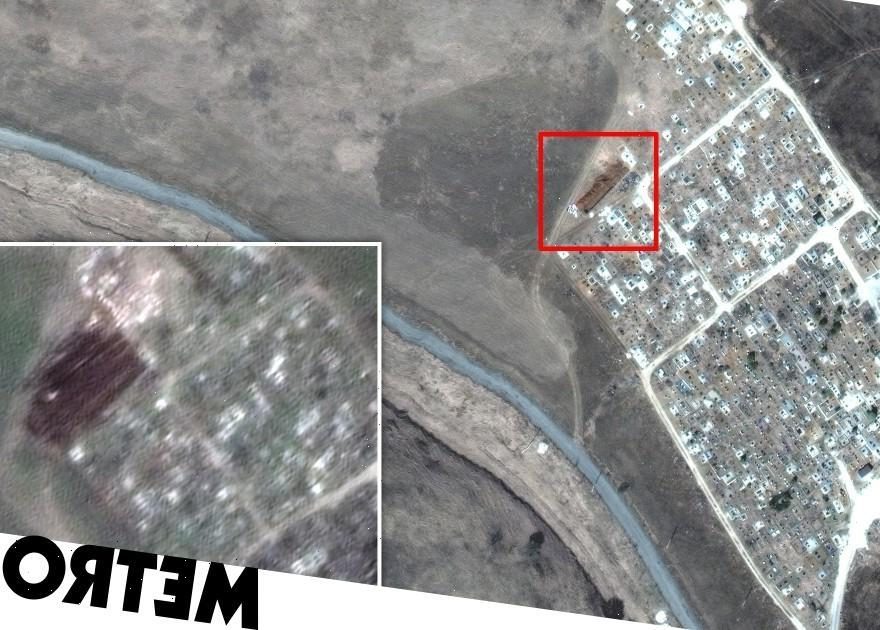 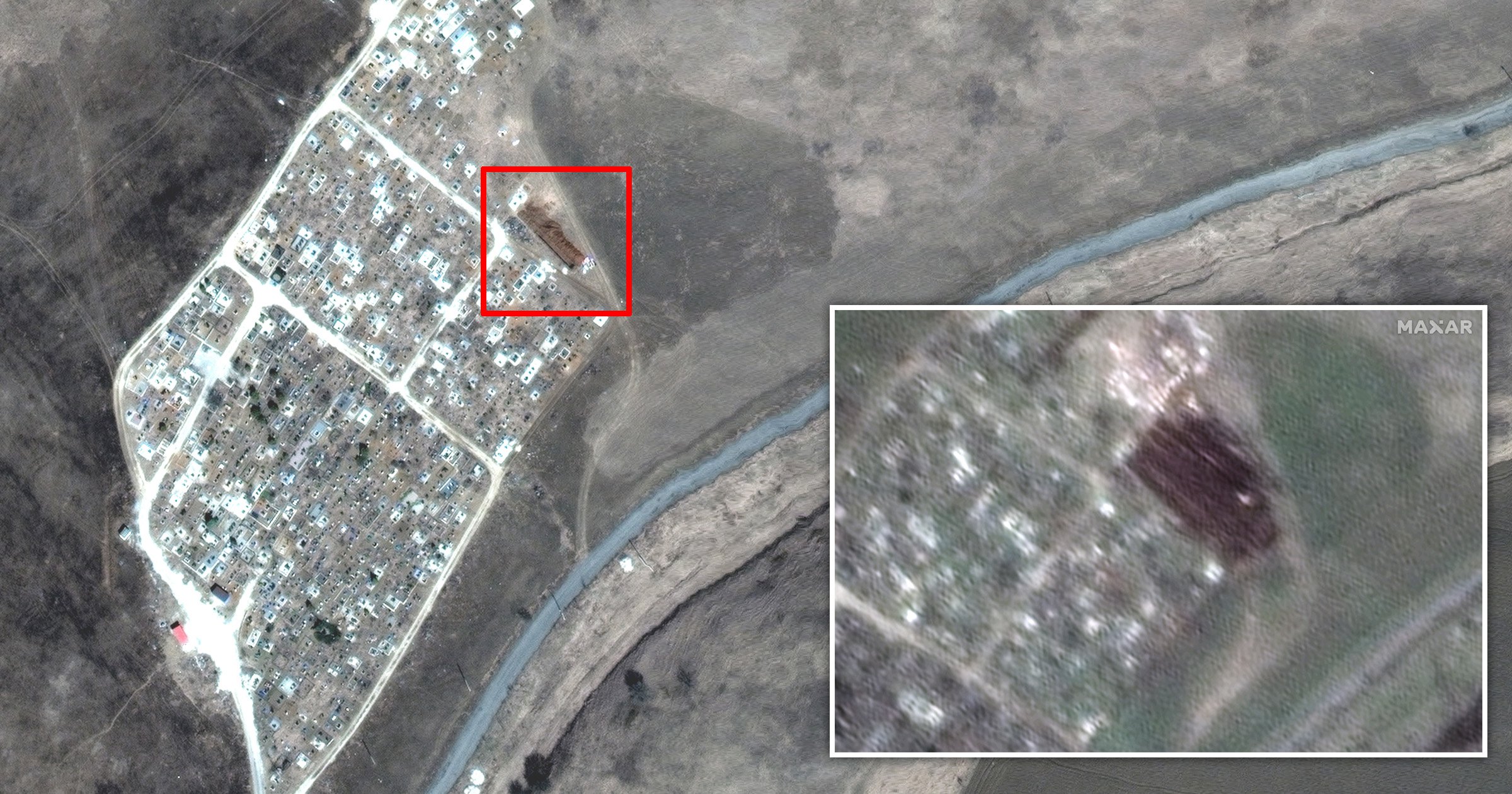 Another mass grave has been found in Ukraine, this time just outside the besieged port city of Mariupol.

A new satellite photo revealed the site, which measures 45 meters by 25 meters.

The discovery has led to accusations that Russia is trying to conceal the slaughter of civilians.

City officials fear up to 1,000 bodies could be buried in the grave, which was found near to the village of Vynohradne.

Similar satellite photos released earlier this week showed freshly dug mass graves in the town of Manhush, to the west of Mariupol.

He said: ‘The bodies of the dead were being brought by the truckload and actually simply being dumped in mounds.’

Russia claims to have ‘liberated’ Mariupol after weeks of attacks. The city has largely been reduced to rubble due to almost-daily bombings.

But around 1,000 civilians, as well as 2,000 soldiers, are still in hiding at the city’s Azovstal steel plant – and vow to stand their ground rather than leave.

They were told to ‘surrender or die’ by Wednesday.

But the deadline came and went – and Putin ordered his troops to stand down on attacking the plant.

The leader has now turned his attention to the Donbas region in eastern Ukraine.

But fierce counter-attacks from Ukraine have stalled Russian progress.

They added: ‘Units of Russian occupiers are regrouping. Russian enemy continues to launch missile and bomb strikes on military and civilian infrastructure.’

The UK Ministry of Defence said despite their increased activity, ‘Russian forces have made no major gains in the last 24 hours as Ukrainian counter-attacks continue to hinder the efforts’.

Capturing Mariupol has been a major aim for Russia, and a terrifying prospect for Ukraine, due to its vital port and position near Crimea.

Many attempts to evacuate civilians from the city have failed because of what the Ukrainians said was continued Russian shelling.