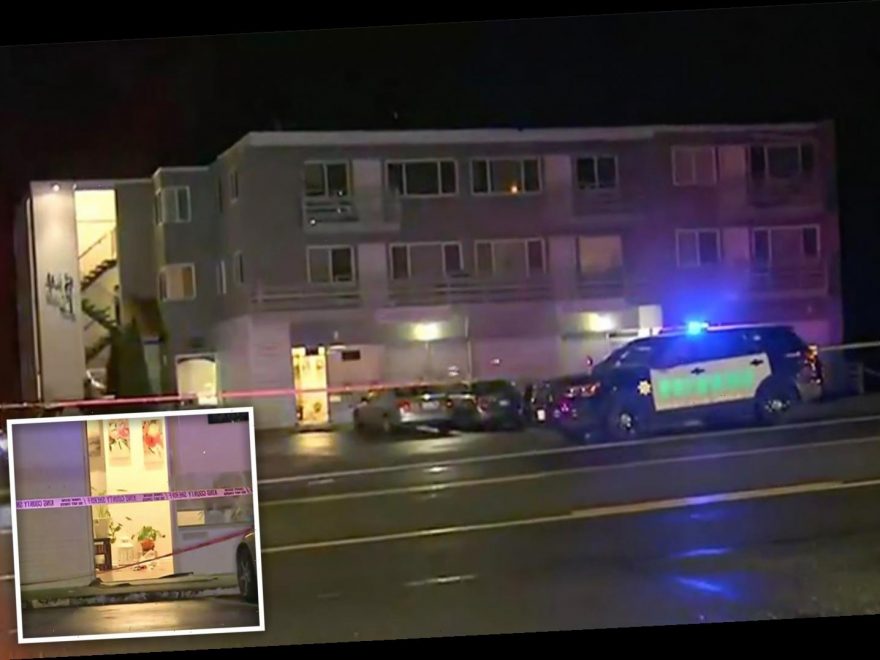 A SEATTLE massage parlor shooting left an employee hurt as a manhunt is underway, but it's not linked to the Georgia attacks.

Cops are now hunting for the two suspects who attempted to rob the parlor around 9pm – however, it is unclear if the two got away with any cash or items from the business.

The victim was believed to be an employee at the South Bay Massage and Spa, according to the outlet.

He was taken to hospital for medical treatment.

Seattle authorities told the outlet that there was no indication that the attack was racially motivated.

However, an investigation is ongoing.

Long was charged on Wednesday with eight counts of murder and one count of aggravated assault in the Tuesday night shootings.

Law enforcement officials said Long may have been struggling with a sex addiction that he presented as his motive for violence that primarily targeted minority women.

Authorities did not discount the possibility that the attacks were inspired at least in part by an anti-immigrant or anti-Asian sentiment, or some personal grievance.

Six of the eight victims were women of Asian descent. A white woman and white man were also among those killed. Long is white.

Long’s mugshot released by authorities showed him with a chin beard, short hair on the sides of his head, and longer hair on the top, some reaching his eyes.

The first shooting occurred at a Cherokee County massage parlor about 30 miles northwest of Atlanta before two other spas across the street from each other in northeast Atlanta were targeted.

Long was only apprehended after authorities performed a pursuit intervention technique (PIT) to stop his vehicle.

The move "caused the vehicle to spin out of control" as Long was reportedly driving south on Interstate 75.

He was taken into custody "without incident" and was being held at the Crisp County jail.