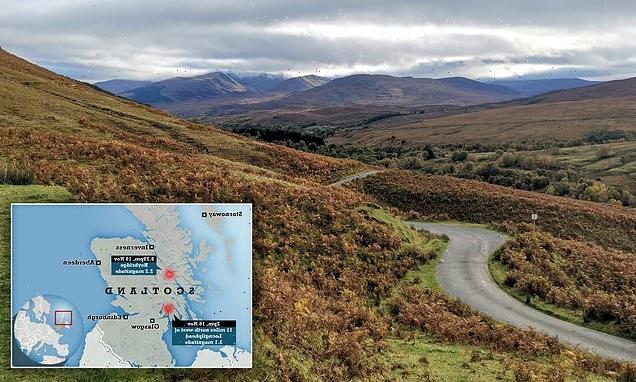 Scotland was rocked by a second earthquake in less than a week after the Highlands was hit by a tremor yesterday.

The British Geological Survey (BGS) reported a 2.2 magnitude earthquake just outside Roybridge, near Spean Bridge, registering on seismometers at 9.29pm at a depth of 7.5km.

The tremor is the latest in a spate of earthquakes to hit Scotland after it was hit by three earthquakes in the space of one night on November 16 including a 3.3 magnitude.

Rosemary Neagle, who lives on a farm in Kilmartin Glen near Lochgilphead, told the Express that noise of the tremor was so loud that she initially thought something had exploded in one of her sheds. 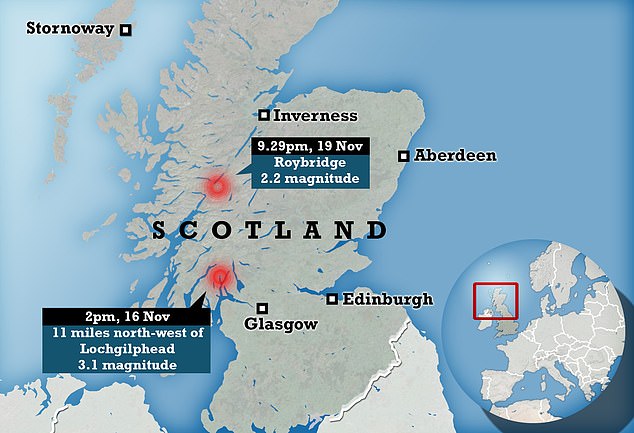 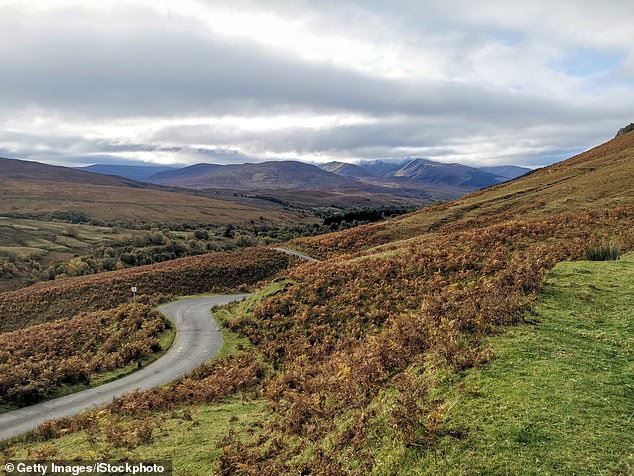 The BGS tweeted: ‘A small number of reports have been received by members of the public in the Roybridge area indicating they felt this event’.

Residents feeling the tremors on Tuesday in Lochgilphead described rumbles feeling ‘like a freight train’ running through their home.

The tremors were reported by the United States Geological Survey (USGS) just before 2am and more than 30 people reported feeling the shock to the agency.

Reports came from as far afield as Edinburgh and Northern Ireland.

The largest known Scottish earthquake occurred near Loch Awe in 1880, with a magnitude of 5.2.

There are roughly 200-300 quakes in Britain every year, but the vast majority are so small that no one notices them. However between 20-30 are over 2.0 magnitude which can be felt over a wider area. 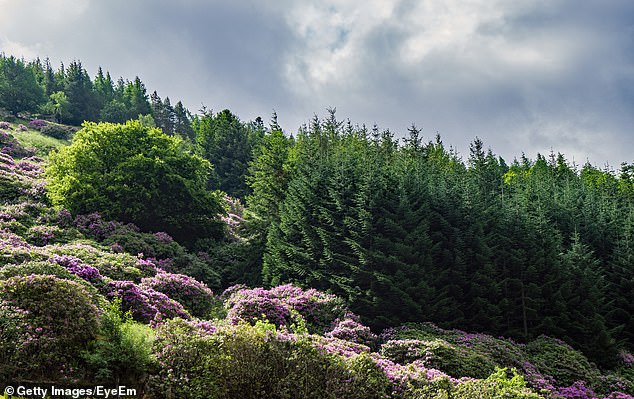 Earthquakes in Scotland are most often attributed to glacial rebound. Until about 10,500 years ago much of the north of the UK was covered by a thick layer of ice – which pushed the rocks down into the underlying mantle.

These rocks have been slowly rising back up ever since the ice melted, causing occasional earthquakes in the process.

The UK is also subject to tectonic stresses caused by the expansion of the Atlantic Ocean, which is slowly pushing the entire of Eurasia to the east, and from the northward motion of Africa, which is pushing into Europe from the south

The most damaging UK earthquake was in the Colchester area in 1884. Some 1,200 buildings needed repairs, chimneys collapsed and walls were cracked.

EARTHQUAKES ARE CAUSED WHEN TWO TECTONIC PLATES SLIDE IN OPPOSITE DIRECTIONS

Catastrophic earthquakes are caused when two tectonic plates that are sliding in opposite directions stick and then slip suddenly.

Tectonic plates are composed of Earth’s crust and the uppermost portion of the mantle.

Below is the asthenosphere: the warm, viscous conveyor belt of rock on which tectonic plates ride.

They do not all not move in the same direction and often clash. This builds up a huge amount of pressure between the two plates.

Eventually, this pressure causes one plate to jolt either under or over the other.

This releases a huge amount of energy, creating tremors and destruction to any property or infrastructure nearby.

Severe earthquakes normally occur over fault lines where tectonic plates meet, but minor tremors – which still register on the Richter sale – can happen in the middle of these plates.

These are called intraplate earthquakes.

These remain widely misunderstood but are believed to occur along minor faults on the plate itself or when ancient faults or rifts far below the surface reactivate.

These areas are relatively weak compared to the surrounding plate, and can easily slip and cause an earthquake.

Earthquakes are detected by tracking the size, or magnitude, and intensity of the shock waves they produce, known as seismic waves.

The magnitude of an earthquake differs from its intensity.

The magnitude of an earthquake refers to the measurement of energy released where the earthquake originated.

Earthquakes originate below the surface of the earth in a region called the hypocenter.

During an earthquake, one part of a seismograph remains stationary and one part moves with the earth’s surface.

The earthquake is then measured by the difference in the positions of the still and moving parts of the seismograph.