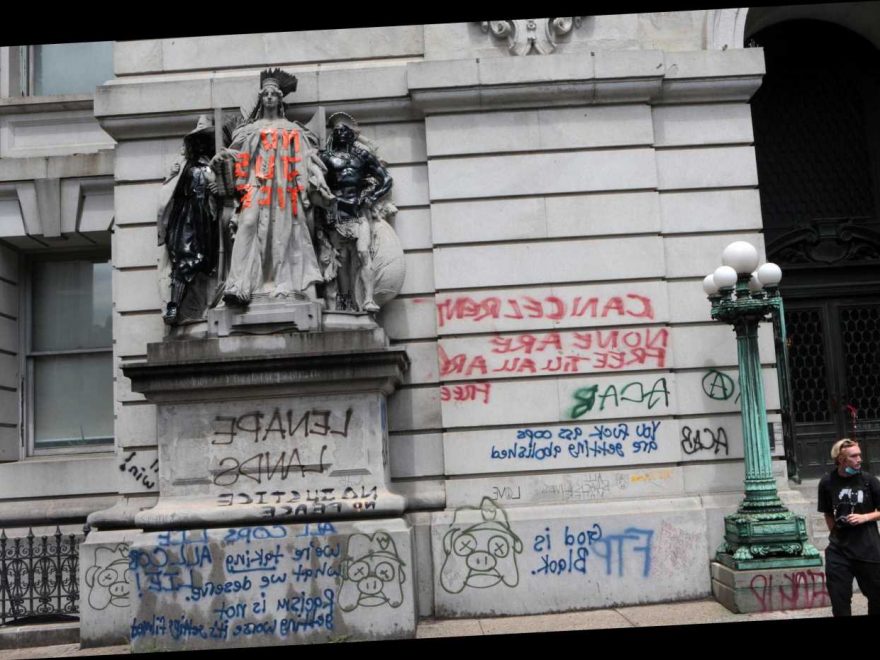 Oh-oh: NYC’s next mayor might actually be worse than de Blasio

Gotham’s in trouble. Not just because it’s suffering under the weight of crushing woes — soaring violence, out-of-control homelessness, a broken economy, a broke City Hall. And a population that can’t flee fast enough.

But also because none of the would-be saviors running for mayor is offering any meaningful plan to turn things around. And the primary, where the election is likely to be decided, is now less than six months away.

As Bob McManus noted last week, none of the candidates has yet to articulate any sound ideas to tackle the city’s huge problems or even manage its core functions more effectively and efficiently, even as tax revenue is expected to fall billions below planned spending levels for the foreseeable future. Instead, candidates are more interested in reversing “inequities” and addressing racial “imbalances.”

You might expect, for instance, that City Comptroller Scott Stringer — the city’s official, elected budget watchdog — would run almost single-mindedly on a plan to overhaul spending norms, confront labor and demand sacrifices, à la the 1970s, when Gotham nearly went bust. Or push ways to save struggling businesses. Instead, he’s focused on the need for a diversity czar and procurement preferences to minority- and women-owned businesses. (Seriously.)

Former Bloomberg housing commissioner and Obama Housing and Urban Development Secretary Shaun Donovan has been around long enough to be able to offer solid new solutions. His big contribution so far? “Fifteen-minute neighborhoods” — whatever they are. He promises they’ll assure every New Yorker has access to a “great public school, fresh food, rapid transportation, a park [and] a chance to get ahead.” (Feeling assured yet?)

Kathryn Garcia, Mayor de Blasio’s recent sanitation commissioner, likewise offers nothing innovative in her pandemic-recovery plan. Her Web site promises “a public-health focused, risk-management approach” to reopening the city to business and tourism and “clear guidelines for every single industry.” Talk about lowering the bar.

She also promises to streamline regulations for restaurants and nightlife establishments and make business permitting and licensing easy and accessible. Good, but that’s it?

Brooklyn Beep Eric Adams is among the frontrunners by virtue of his office, years as a state senator and the weakness of the rest of the field. He claims he’s a moderate, yet his Web site opens with a video of him focused on police brutality, in which he actually admits he became a cop not to fight crime but to “take on police brutality from within.” As for the 40 percent spike in murders this year? Not a word.

Longshot wannabe City Councilman Carlos Menchaca (D-Bklyn), meanwhile, is opposed to rezonings in his district as tantamount to “human-rights violations” because in his view they don’t take into account local concerns. Never mind that they are the primary means of easing the city’s longtime chronic housing shortage. One of his ideas is to turn the Sunset Park waterfront into a “21st century hub for the new green economy and offshore wind development at the South Brooklyn Marine Terminal.”

Former Citigroup honcho Ray McGuire is a fresh face but so far has only offered stale visions, vague promises and off-the-mark remedies. His Web site, for example, stresses minorities’ “fear” of “overly aggressive policing” and the need for “a reimagined approach to public safety.”

COVID has ravaged the health of thousands of New Yorkers, put many thousands out of work and upended the city’s economy and finances. Crime, homelessness and other street chaos have also made life miserable here. The next mayor will have that and more to deal with come 2022. Pray that someone looking to take charge will come up with at least a few sensible ideas.