More than 100,000 sign MailOnline’s Last Night of the Proms petition urging the BBC to immediately reinstate Land of Hope and Glory and Rule Britannia

More than 100,000 people have signed the MailOnline petition urging the BBC to reverse its censorship of Land of Hope and Glory and Rule Britannia at the Last Night of the Proms.

Bosses at the broadcaster are under fire from across the political spectrum after caving in to politically-correct critics who are offended by the much-loved anthems – because they are ‘racist’.

MailOnline has launched a petition that will be sent to Director General Lord Hall calling on him to reinstate the singing of both songs with immediate effect.

As it stands, the patriotic songs will  be played by an orchestra only on September 12 – supposedly because the lack of an audience will diminish their impact.

But with singers still performing God Save the Queen and Jerusalem, there is no justification for the ban.

Dame Vera Lynn’s daughter today said her mother would still be signing Land of Hope and Glory if she was alive and branded the BBC’s decision as ‘daft’.

You can sign the petition by filling in the form below.

Virginia Lewis-Jones said it was ‘wonderful’ that a rendition of the track by the forces’ sweetheart topped the charts after the race row about its meaning.

A social media drive has been launched for the recording by Dame Vera – who died in June aged 103 – to be played during the BBC’s Last Night of the Proms.

Mrs Lewis-Jones, 74, claimed the song is against slavery and her mother would be proud of her for speaking out. She said: ‘I feel that I can see my mother now saying ‘You tell ’em girl’. She would feel the same thing and if she were here now she would be singing it.’

The 1902 lyrics of Land of Hope and Glory are associated with Cecil Rhodes – the British imperialist whose statue is being removed from an Oxford college. 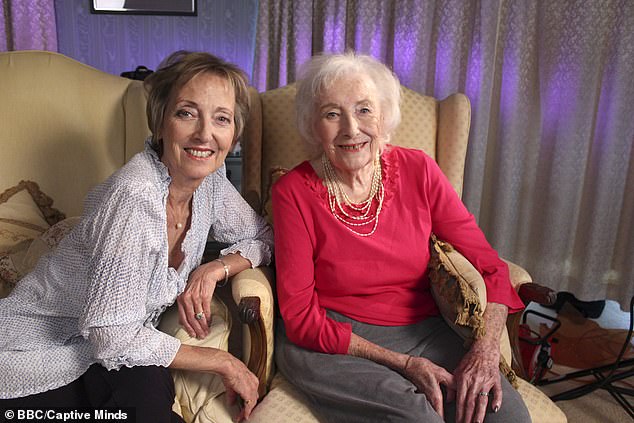 Speaking out: Virginia Lewis-Jones with her mother, Dame Vera 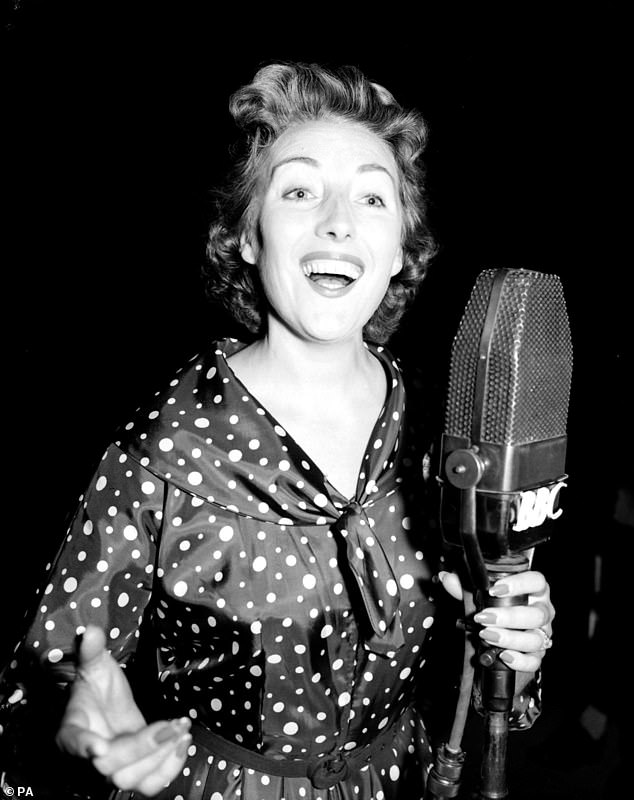 Mrs Lewis-Jones said that the song was particularly meaningful to her mother, who sang it on VE Day in 1945.

When asked about the BBC’s decision, she said: ‘It is daft and I can’t understand it. You try to stop 12,000 people in the Royal Albert Hall plus all those outside from not singing it. How are you going to do that? Especially if mummy’s record has gone to number one. What it could do is put a lot of people’s backs up and defeat the object of whatever they were trying to do.’

The decision to use instrumental versions of the patriotic anthems for the summer festival has drawn widespread anger – with staff at the corporation also venting their frustration at bosses’ apparent submission to ‘woke’ activists who find the anthems offensive.

One senior insider said: ‘This is another example of the BBC walking into a completely unnecessary and absurd row about culture.

‘It makes a lot of us despair when this kind of thing happens again and again. There’s lots of things you can say about both of the songs and they are not up to the minute. But that’s the case with 99 per cent of our culture one way or the other.’ 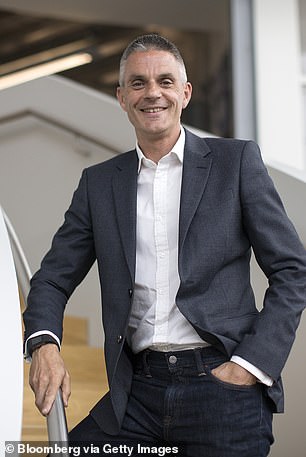 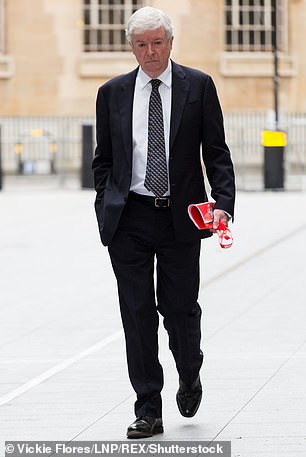 Incoming and outgoing BBC Director General: Former Marketing Executive Tim Davie, left, takes over the BBC next week from Lord Hall. Mr Davie is understood to have intervened to insist that BBC bosses play some form of Rule Britannia at the Proms

And ex-BBC chairman Michael Grade launched a blistering attack on the corporation, calling the decision ‘idiotic’ and a ‘ghastly mistake’ by bosses who have ‘lost touch’ with the British public.

Another BBC source told The Times ‘We have taken a relatively simple thing and made it a complete mess,’ one BBC source said. Another called it a ‘totally self-generated f*** up’.’

The compromise was drawn up after incoming director general Tim Davie – who takes over on 1 September – after he intervened to insist both Rule Britannia and Land of Hope and Glory were performed in some form.

BBC bosses had been considering removing both completely following criticism by woke left-wing activists claiming the lyrics about Britain ‘never being enslaved’ were ‘racist’ .

But former Tory council candidate Mr Davie intervened and is thought to want to reset the BBC’s relationship with No 10 when he takes over next week.

Mr Davie is a former Tory council candidate and marketing executive who worked for Pepsi and Procter & Gamble before joining the BBC’s commercial arm.

He is replacing Oxford-educated BBC veteran Lord Hall who worked for the corporation for decades before leading the Royal Opera.

Anger grew over the BBC’s decision yesterday, with Boris Johnson condemning the corporation for ‘wetness’ and accusing its senior figures of harbouring a ‘cringing embarrassment’ for Britain’s traditions.

Trevor Phillips, the former head of the Equalities and Human Rights Commission, has also condemned this year’s decision.

Mr Phillips accused BBC bosses of being ‘rooms full of white men panicking that someone is going to think they are racist’.

‘The principle reason it has no confidence … is that there is no ethnic diversity at the top of its decision-making tree. 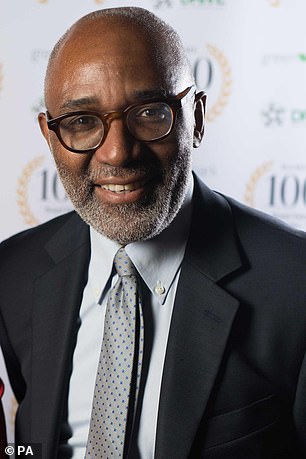 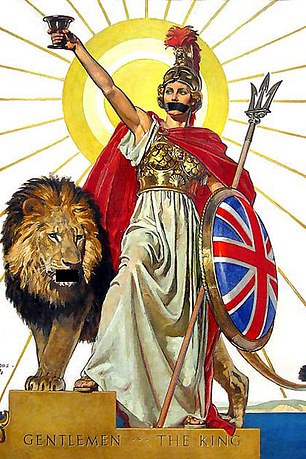 ‘in a panic about race’ : Trevor Phillips, left, the former head of the Equalities and Human Rights Commission, has also condemned this year’s decision

The BBC vowed last night that the patriotic lyrics would return in 2021 – when the concert season finale is again performed before an audience – but it has done little to quell the anger.

BBC chairman Michael Grade told the Today programme: ‘This is a ghastly mistake which shows how out of touch they are with their audience.

‘I would defend the BBC’s right to make decisions free of political influence but it is clearly a mistake, it’s just idiotic.’

‘Although it may be justified on artistic grounds [the decision] does have while political and cultural significance which they [BBC bosses] either ignored, didn’t understand or were caught in a complete muddle over.’

‘[The decision] is an indication of the BBC’s… that they are out of touch with the rest of the country. They’ve shown that tome and again over Brexit, they missed the big swing at the election. The journalists at the BBC are too trapped in the Westminster bubble.’

‘The big question is what’s the future for British public sector broadcasting and Tim Davie is a fine executive who will serve the BBC very well indeed.

‘What we need to do is take a long hard look and come with a definition and a role fore the BBC that reflects the very different reality today. ‘