Ukrainian authorities have launched an investigation into an alleged Russian massacre after 15 bodies showing signs of torture where found in the northern town of Bucha.

The bodies were discovered by Kyiv forces after the Russians were forced to withdraw from the area.

Bucha’s mayor said the bodies were discovered four months after the Russians pulled out of town. 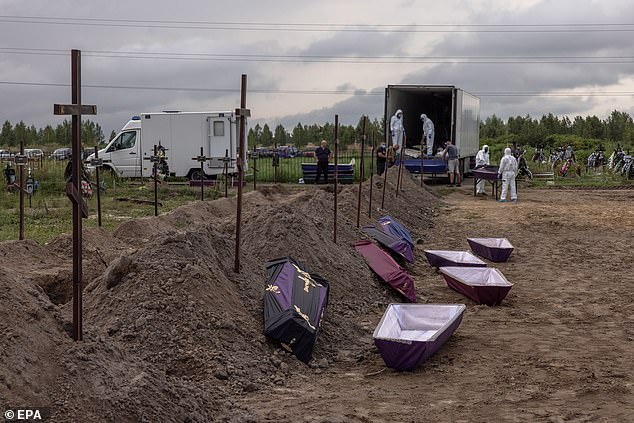 Ukrainian officials said they buried 15 unidentified people from the town of Bucha, north west of Kyiv who they claim were tortured by invading Russian forces who were forced out of the area four months ago 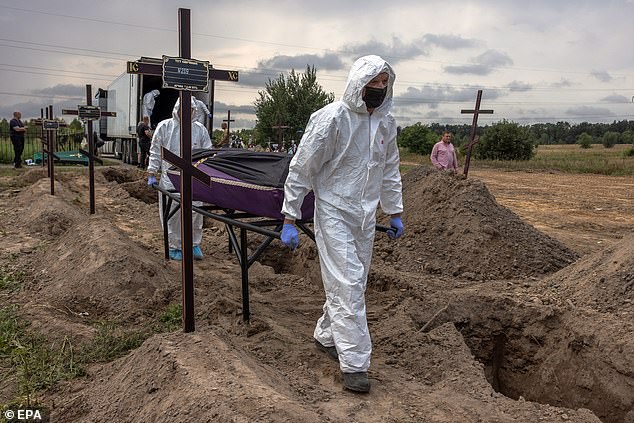 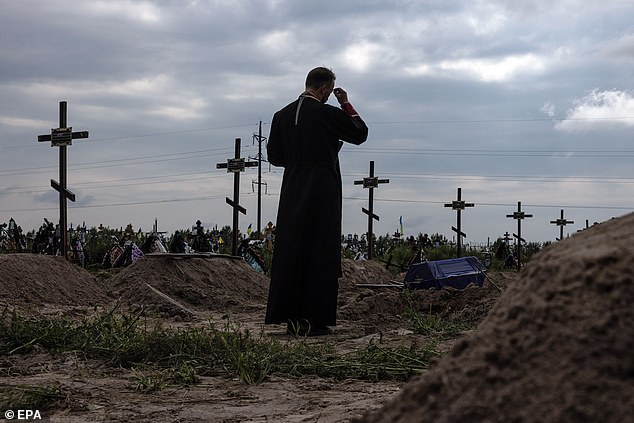 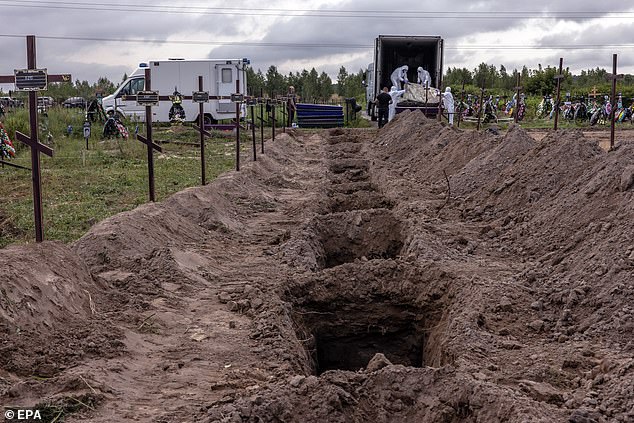 The bodies were found in a mass grave. Ukrainian officials have since exhumed the victims adn placed them into individual plots

They were found dumped in a mass grave and several bodies showed signs of torture.

The bodies, which have not yet been identified, have been exhumed from the mass grave and reinterred with dignity.

A United Nations report had earlier found evidence of ‘breaches of International Humanitarian Law under the Geneva Conventions’.

Ambassador Michael Carpenter, US representative at the Organisation of Secuirty and Co-operation in Europe said: ‘The experts noted that photographic and video evidence appears to show “that Russian forces carried out targeted, organized killings of civilians in Bucha” who were “frequently found shot dead, hands tied behind their backs”.

The OSCE report said: ‘A series of torture chambers separated by concrete walls were discovered in a summer camp in Bucha. At the front, there was a room that appeared to be used for executions, with bullet holes in the walls. 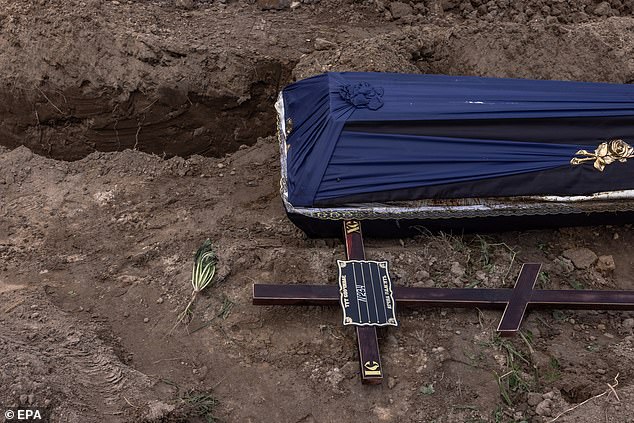 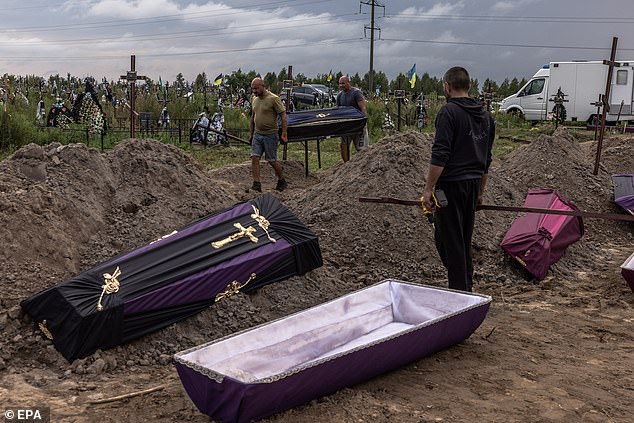 ‘The following room contained two chairs, an empty jug, and a wooden plank. The Russians had brought in two metal bedsprings and leaned them against the wall in another. The tableaus suggested to Ukrainian investigators that prisoners were tortured here: tied to the bedsprings and interrogated; strapped to the plank and waterboarded.

‘In that chamber, five dead men dressed in civilian clothes were discovered. They were covered with burns, bruises, and lacerations.’

Ambassador Carpenter said there was also evidence that Russian troops had raped and murdered Ukrainian woman and children. 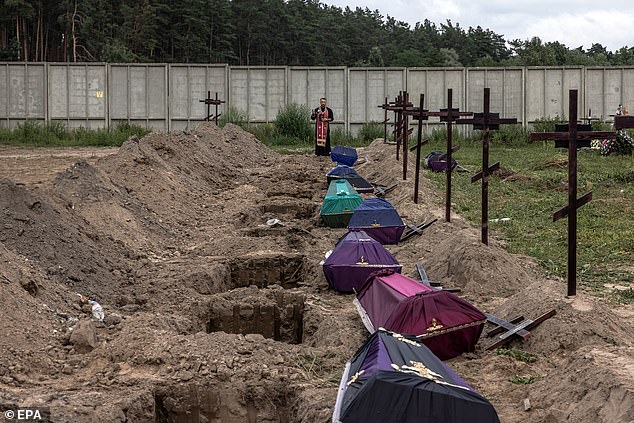 The 15 victims in Bucha form part of a wider investigation involving 458 people – 419 of whom likely died volently.

— After months of meticulous, painful and at times gruesome investigation, officials in Bucha said Monday that they had reached what may be the closest they will get to a final accounting of victims of the murderous rampage by Russian troops that set off worldwide outrage over alleged atrocities: 458 bodies, of which 419 bore markings they had been shot, tortured or bludgeoned to death.

Mykhailyna Skoryk-Shkarivska said they have not identified a total of 50 people. A further ten residents have been reported missing.

The Russian troops left the corpses of many of those they killed to rot unattended, but also burned some, possibly out of hygiene concerns or to hide evidence of torture, the deputy mayor said. Some of the remains consisted of piles of ashes beyond identification even using DNA analysis.

Nearly all of the bodies included in Monday’s tally are known to have been civilians, Skoryk-Shkarivska said. The bodies of Ukrainian soldiers killed in Bucha were turned over to Ukrainian authorities and counted separately, while three Russian bodies were sent for repatriation.

A total of 366 of the bodies were male, and 86 were female, while five had deteriorated too badly to determine. Nine were children under age 18.