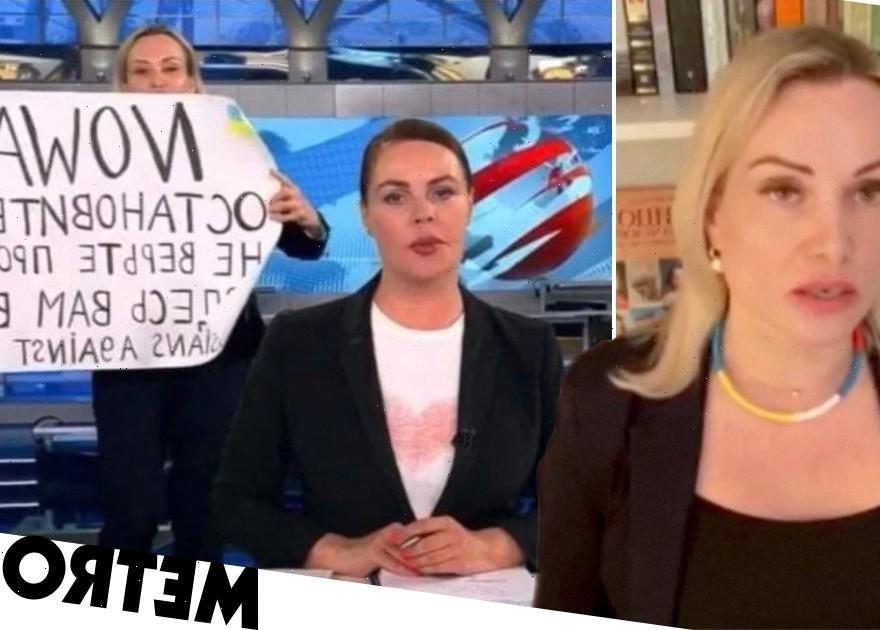 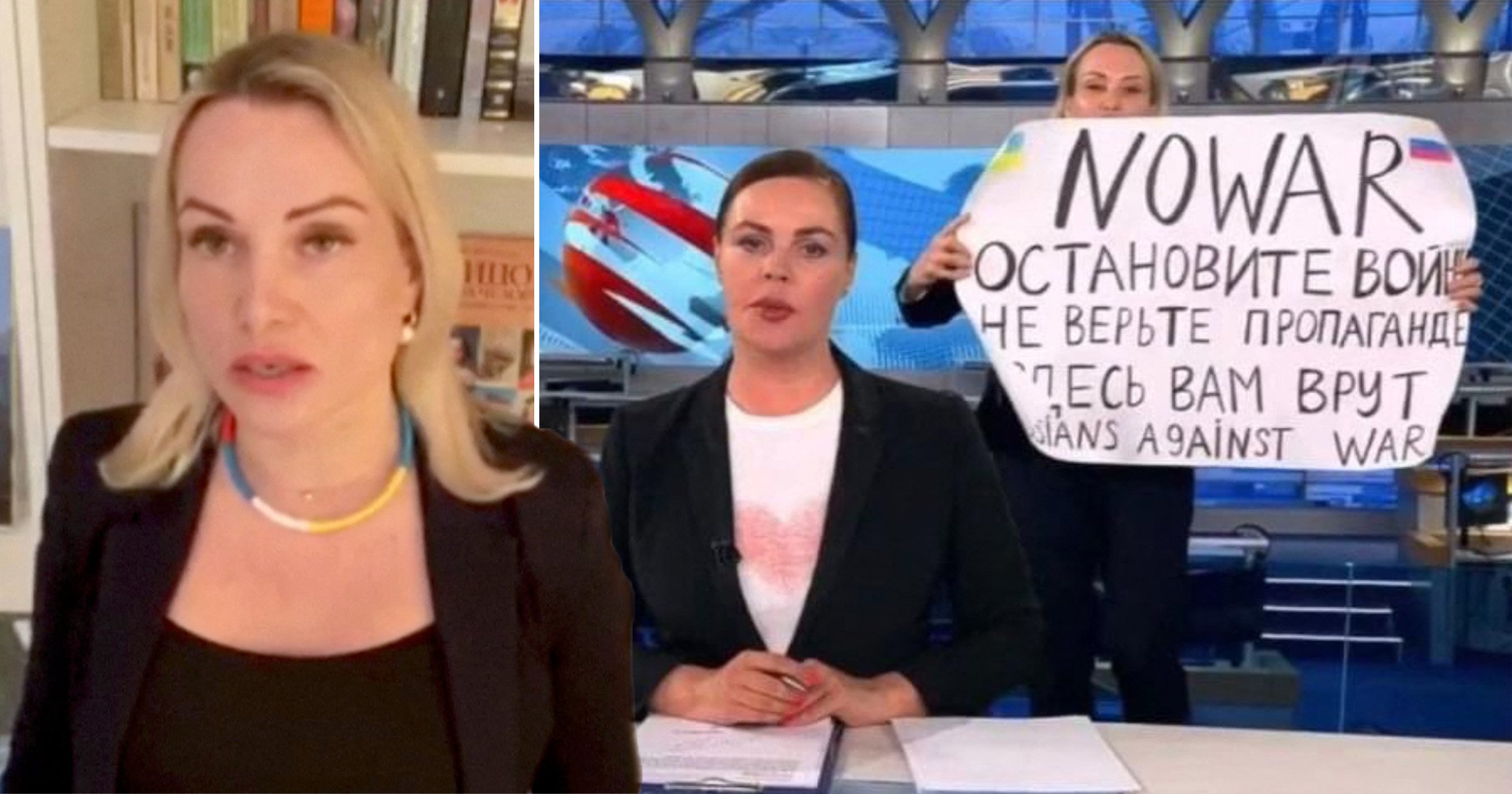 A Russian state TV editor who interrupted a new broadcast in protest over Vladmir Putin’s invasion of Ukraine has gone missing.

The whereabouts of Marina Ovsyannikova are unknown amid fears she is being kept in a hidden location away from her lawyers.

The 43-year-old walked in on Russia’s most-watched news programme on the Kremlin-controlled Channel One and shouted: ‘Stop the war. No to war.’

She also held a sign which read: ‘Don’t believe the propaganda. They’re lying to you here.’

Ovsyannikova was held in the Channel One headquarters for three hours before she was arrested following the stunt.

However, she has not been able to be located since.

‘Marina’s whereabouts have not been established yet. She has been detained for more than 12 hours,’ Pavel Chikov, head of human rights group Agora, said.

The concern was echoed amongst many with women’s rights activist Alena Popova adding: ‘Her lawyer wasn’t allowed to [go to] her. Remembering the torture and violence in Brateyevo police station, I am very worried for Marina.’

Ovsyannikova could face a sentence of up to 15 years under newly introduced Russian legislation that criminalises the spread of so-called ‘fake-news’ about the Russian military.

She could also face jail time for encouraging ‘civil unrest’ by encouraging Russian’s to protest the invasion of Ukraine in a pre-recorded video in which she detailed her shame in working for Channel One and spreading ‘Kremlin propaganda’.

‘Regrettably, for a number of years, I worked on Channel One and worked on Kremlin propaganda, I am very ashamed of this right now,’ she said in the video.

‘We were silent in 2014 when this was just the beginning.’

She continued: ‘What is happening in Ukraine is a crime and Russia is the aggressor.

‘The responsibility of this aggression lies on the shoulders of only one person: Vladimir Putin.

‘Only we have the power to stop all this madness. Go to the protests. Don’t be afraid of anything. They can’t imprison us all.’

Ovsyannikova’s protest was hailed by many across the world including Ukrainian president Volodymr Zelensky, who thanked the TV employee in a video address.

‘I’m thankful to Russians who don’t stop trying to deliver the truth, who are fighting against disinformation and tell real facts to their friends and families, and personally to that woman who went into the studio of Channel One with an anti-war poster.’