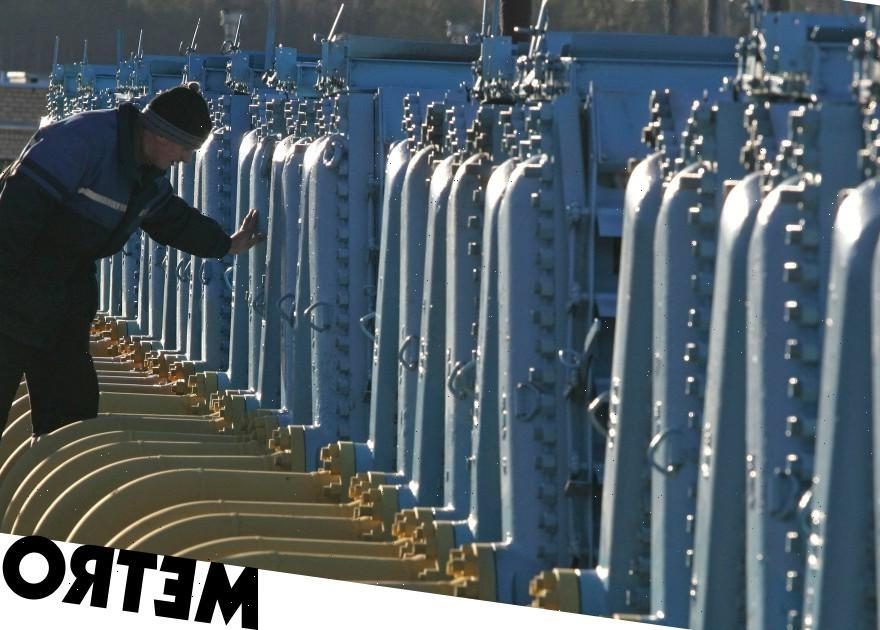 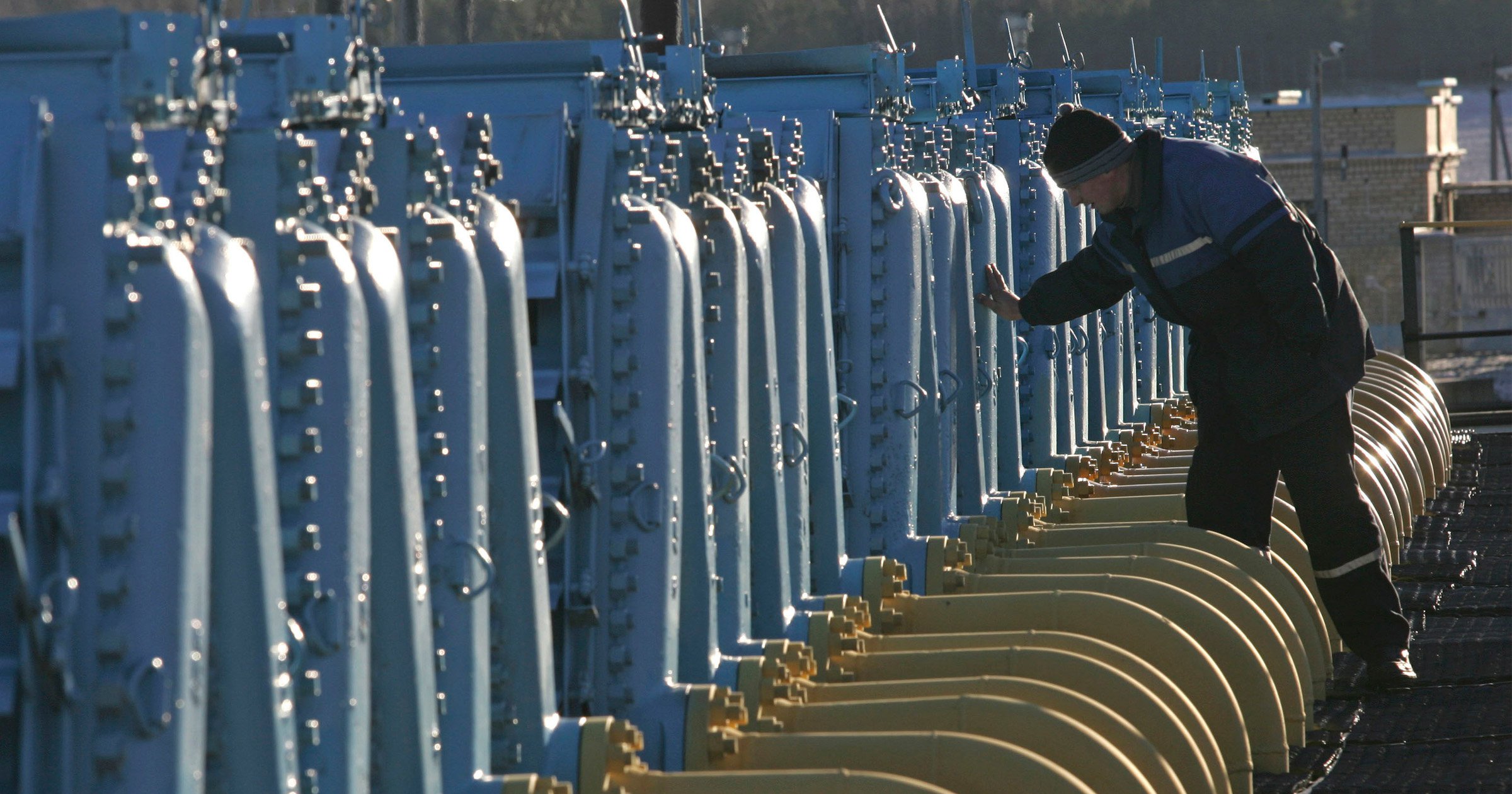 Russia is set to turn off the gas pipes to Bulgaria and Poland, as the rift between the West and Vladimir Putin deepens.

It is the first suspension since the Russian President insisted last month that ‘unfriendly’ foreign buyers would have to pay the state-owned company in roubles not other currencies.

The move is likely to send shockwaves around Europe, which relies heavily on Russian imports to heat homes, generate electricity and supply the fuel industry.

Countries like Germany are particularly tied to Russian imports – which have continued despite the war in Ukraine – and will be watching developments closely.

It is unclear if Putin will move to target other countries later but some observers believe he could make good on the threat if the war in Ukraine continues to go badly.

But both Governments hit by the move so far insist their people will see no shortages of gas.

The eastern European nations – who are both Nato and EU members – replied defiantly to the move amid concerns it could impact European unity.

‘Russia is trying to shatter the unity of our allies,’ he said.

Bulgaria suggested it would work with state companies to find alternative sources of gas, perhaps through neighbouring Turkey or Greece.

It insists that there will be no restrictions on domestic gas use for now – despite the nation of 6.5 million Russian supplies to meet 90% of its needs. 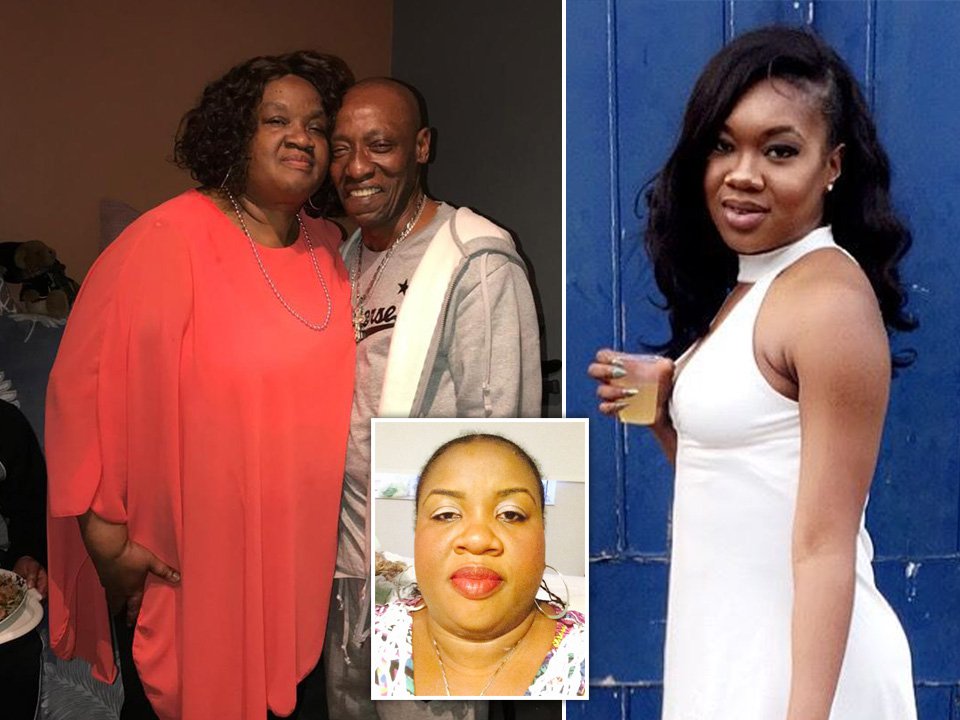 In Poland, a strong supporter of Ukraine since the invasion began, ministers say they have been preparing for such a scenario for years.

The country’s state gas company, PGNiG, said that Russia’s demand to be paid in roubles represented a breach of the Yamal contract.

The Yamal pipeline carries natural gas from Russia to Poland and Germany, through Belarus. Poland has been receiving some nine billion cubic metres of Russian gas annually.

Flow charts published on the website of the European Network of Transmission System Operators for Gas showed drastic drops of gas flows at entry points in Kondratki, a town in eastern Poland and in Belarus.

Polish Climate Minister Anna Moskwa said the country has been effectively independent when it comes to Russian gas for some time.

‘There will be no shortage of gas in Polish homes,’ she tweeted.

The minister later added: ‘Appropriate diversification strategies that we have introduced allow us to feel on the safe side in this situation.’

Poland has been working since the 1990s to wean itself off of Russian energy and was already on track to end its reliance on Russian gas this year.

It recently moved to stop imports of Russian coal.

The government in Warsaw has urged other European countries to lessen their dependence on Russian energy sources.

Poland not only refused to pay for natural gas in roubles, but the country has been a strong supporter of neighbouring Ukraine throughout Putin’s invasion.

It is a transit point for weapons the United States and other Western nations have provided Ukraine.

The Polish government confirmed this week that it was sending tanks to Ukraine’s army.

And on Tuesday, it announced a sanctions list targeting 50 Russian oligarchs and companies, including Gazprom.

Other European leaders have said they would not comply with Russia’s insistence on paying for gas in roubles – arguing that it violated the terms of contracts and their sanctions against Russia.

‘The Russian proposal for a two-step payment procedure is in violation with the current contract and bears considerable risks for Bulgaria, including to make payments without receiving any gas deliveries from Russia,’ the Bulgarian government said.