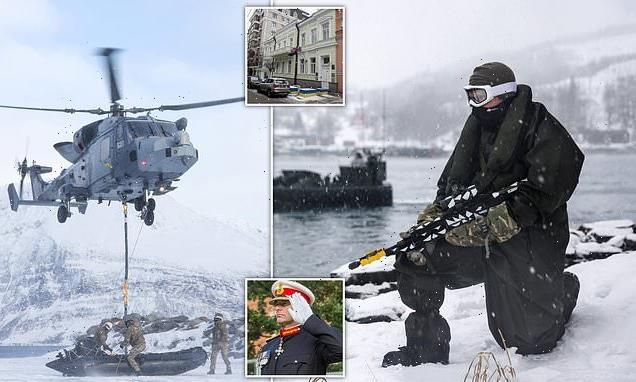 Royal Marines were deployed in Ukraine and took part in a series of ‘high-risk’ operations, a former commandant general has claimed.

The commandos were involved in ‘discreet operations’ and performed tasks in a ‘hugely sensitive environment’, according to Lieutenant General Robert Magowan – Britain’s Deputy Chief of the Defence Staff and the former head of the Royal Marines.

The Ministry of Defence reported earlier this year that a small contingent of British military personnel were stationed in Ukraine to secure the British embassy in Kyiv and maintain the government’s diplomatic presence there.

But Lt. Gen. Magowan’s admission is the first time a senior military official has confirmed that British marines were deployed to Ukraine in the face of the Russian invasion. 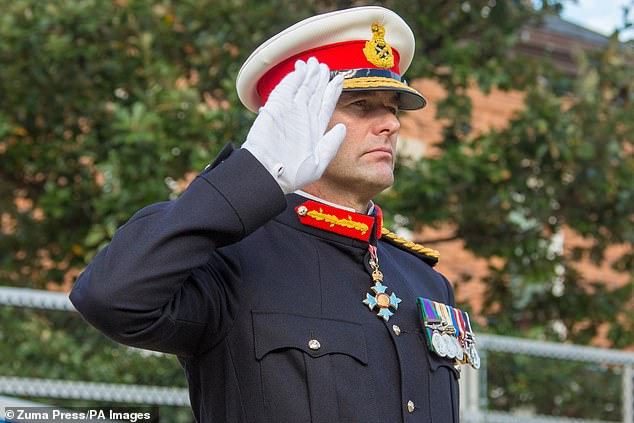 The commandos were involved in ‘discreet operations’ and performed tasks in a ‘hugely sensitive environment’, according to Lieutenant General Robert Magowan 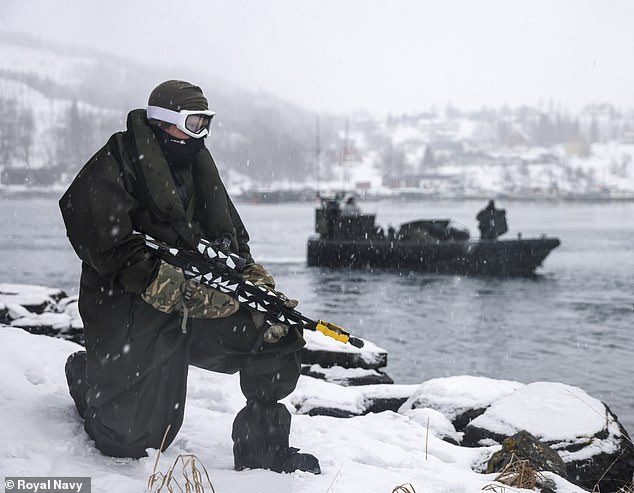 In comments published in the Globe and Laurel – the official magazine of the Royal Marines – Lt. Magowan said: ‘In January this year, 45 Commando Group deployed at short notice — from the depths of a dark, north Norwegian winter, to evacuate the British embassy in Kyiv to Poland. The go-to 999 international emergency force, if you will.

‘Then in April, they returned into the country to re-establish the diplomatic mission, providing protection to critical personnel. During both phases, the commandos supported other discreet operations in a hugely sensitive environment and with a high level of political and military risk.’

A Royal Navy Spokesperson told MailOnline: ‘Royal Marines were deployed to Ukraine to support the UK’s diplomatic presence in the country; they served no combat function.’ 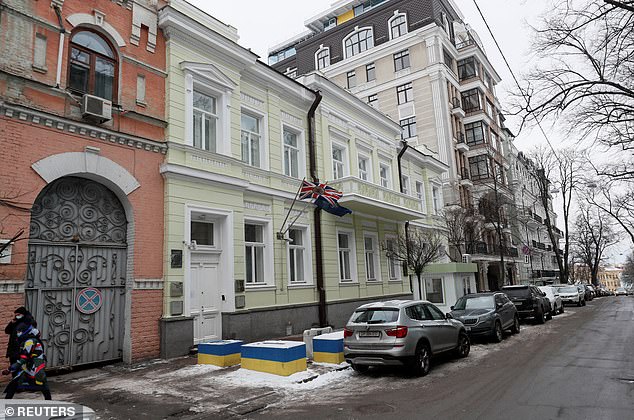 Lt. Magowan said: ‘In January this year, 45 Commando Group deployed at short notice — from the depths of a dark, north Norwegian winter, to evacuate the British embassy in Kyiv (pictured) to Poland’ 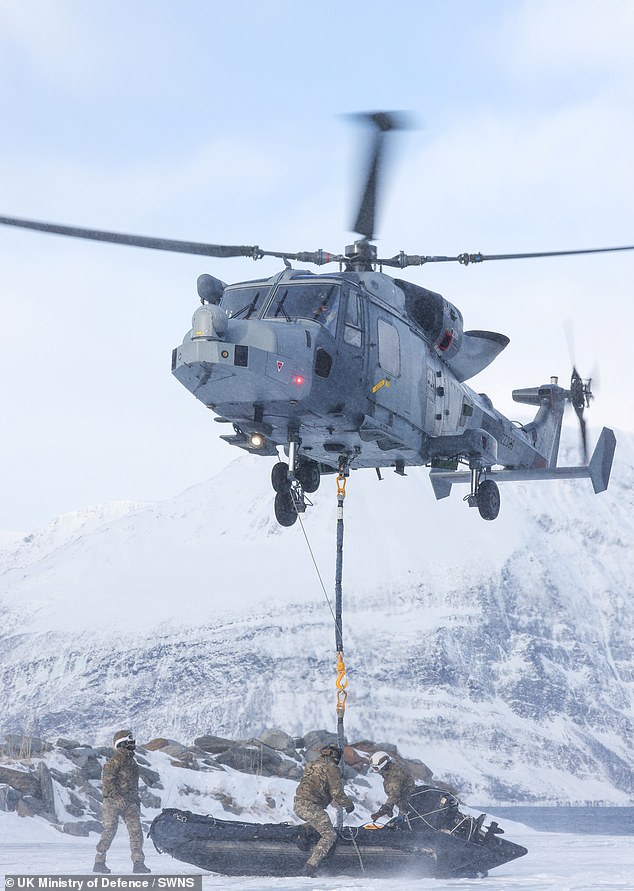 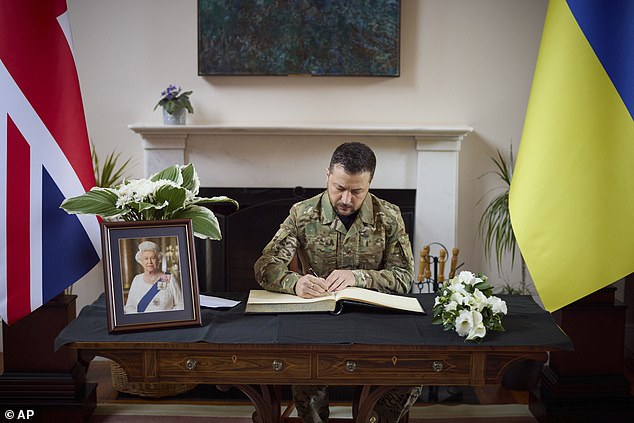 Ukrainian president Volodymyr Zelensky is pictured at the British Embassy in Kyiv, Sept. 2022

Prior to the Russian invasion on February 24, British defence minister Ben Wallace said that a small contingent of military personnel had been to Ukraine to deliver weapons and training as the threat of war increased.

And it was later reported that British military personnel, including SAS operators, had been sent to deliver weapons systems training to Ukrainian servicemen once the war had begun.

But the MoD at the time insisted no British servicemen were involved in combat operations, stating: ‘British military personnel have been deployed to support discussions around the significant training being offered to the Armed Forces of Ukraine by the UK.

‘They serve no combat function.’ 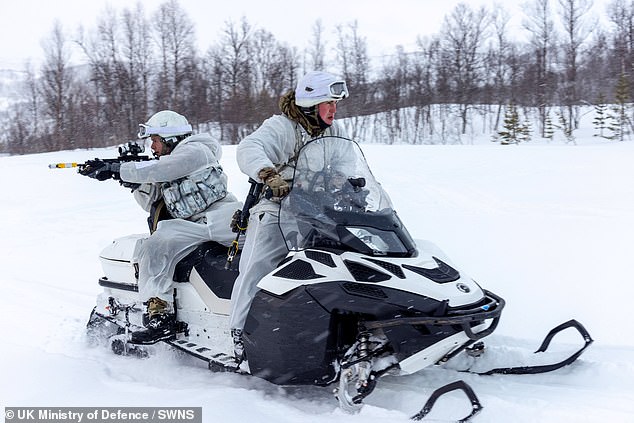 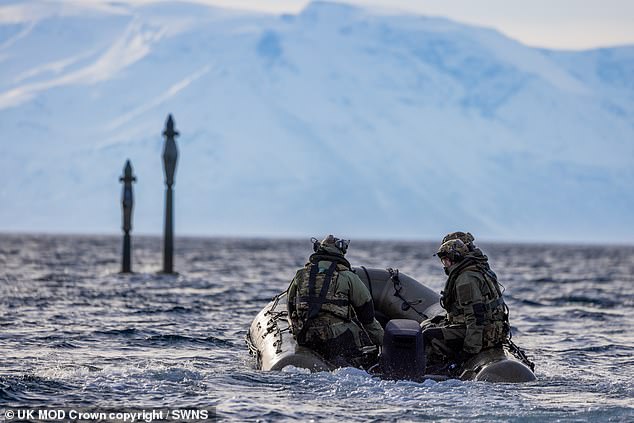 The 45 Commando group are specialists in Arctic warfare and were deployed on a training exercise in Norway before being requisitioned and deployed to Ukraine to perform rapid evacuations of embassy staff.

The marines then in March returned to Norway where they took part in the largest NATO military exercise since the 1980s.

Roughly 30,000 troops from 28 countries in Europe and North America were involved in the Cold Response 2022 drills.

The drills aimed to show how a unified multilateral force would defend Norway and Europe’s northern flank from a modern adversary.

But Magowan’s admission suggests several marines then returned to Kyiv just one month after the exercises to conduct covert operations amid the war in Ukraine.